A day of sunshine made a big difference to the sightings. A WT Eagle in flight was nice to see despite the distance. 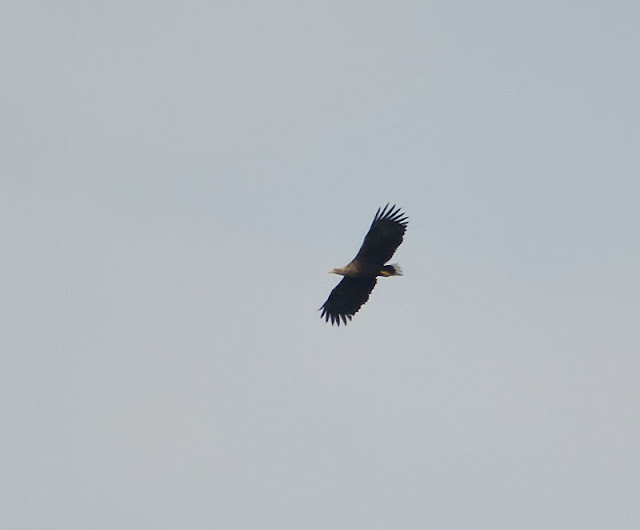 A couple of Otters were picked up and good views were had through the scope.

The flock of about 40 Dunlin were seen, a single Golden Plover and plenty of Northern Wheatear. 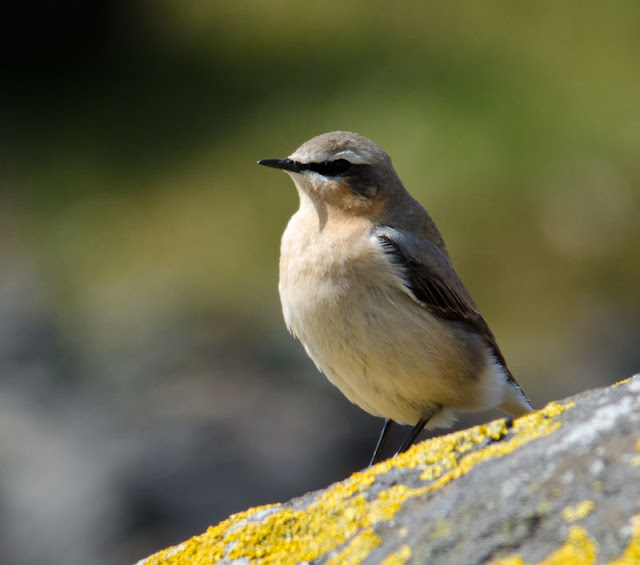 Common Sandpipers are all over the place now but there is some bird trying to spoil the shot! 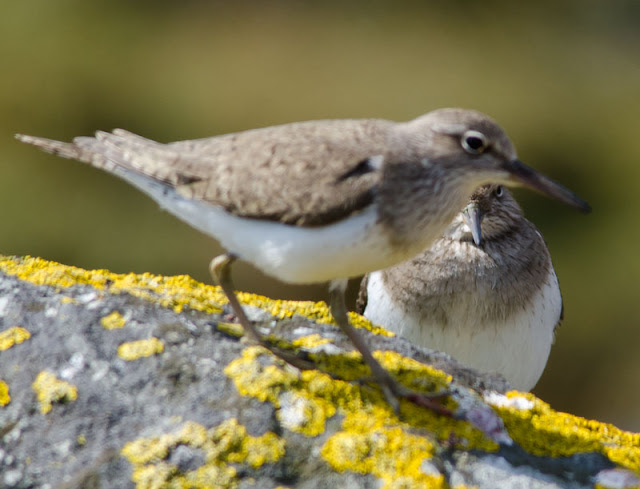 Good views of two Golden Eagle were had before we picked up another two WT Eagle - one juvenile bird and a close view of an adult. 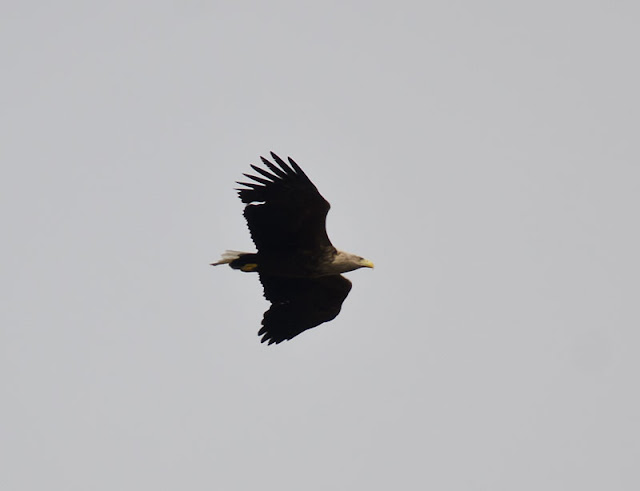 A Razorbill in winter plumage was a bit of a puzzler while it was preening but when it looked round it gave up it's identity. 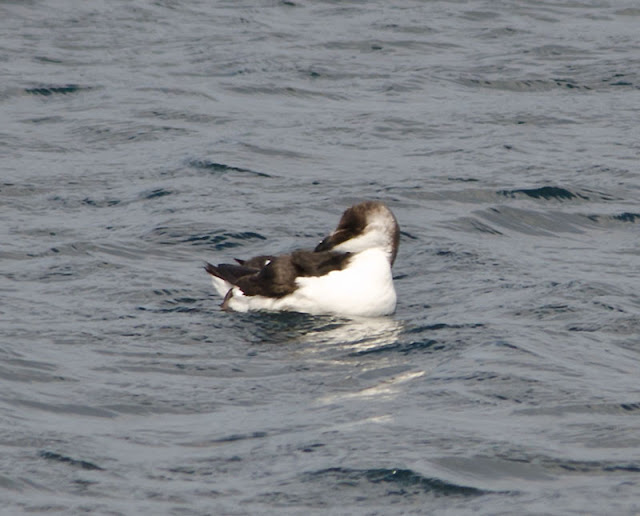 Another two Golden Eagle, 2 Hen Harrier and the dance of the male Adders was seen as they fought for the attentions of the female. 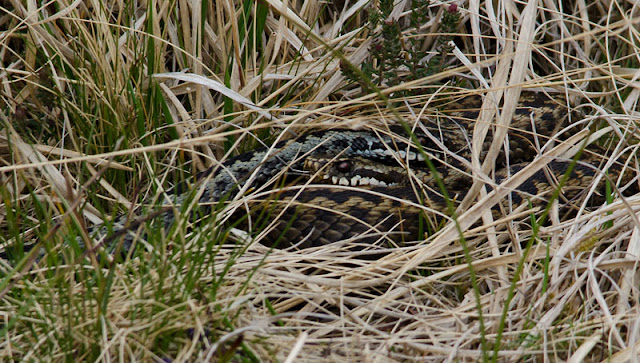 Whinchat and Yellowhammer were well received but a couple of Cuckoo escaped the attentions of most of the guests. House Sparrows are a declining species but it's still difficult to get people to appreciate the charm of this bird - what a handsome fellow! 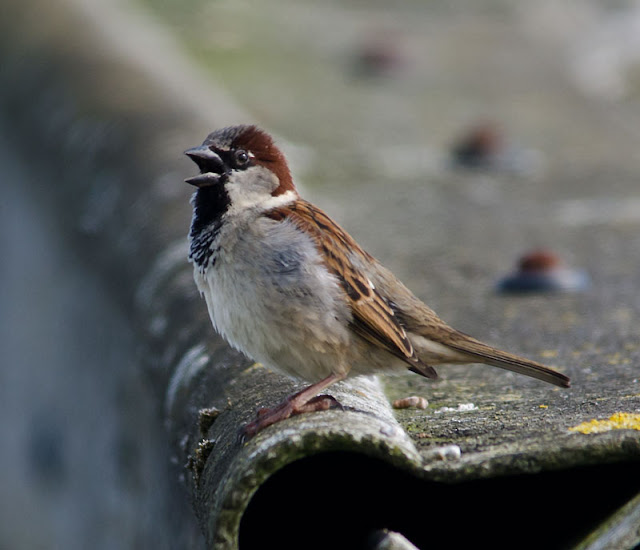