A good start to the day with fine weather, a WT Eagle at the nest and another in flight. 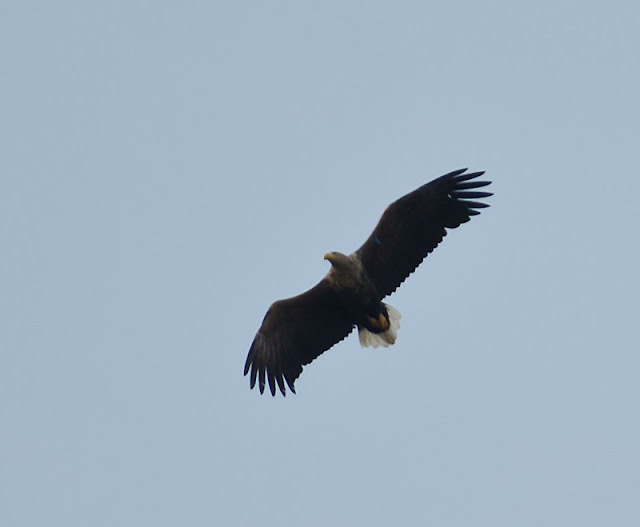 The usual selection of first summer and adult GN Diver plus plenty of Razorbill and two RT Diver kept us interested. A wander in the wood produced half decent views of Wood Warbler... 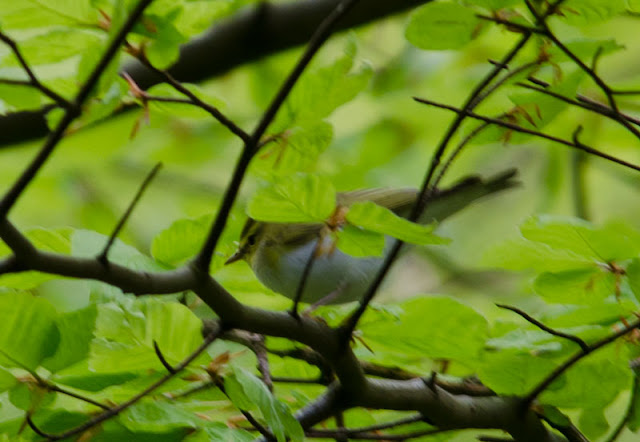 ...and cracking views of a Treecreeper. 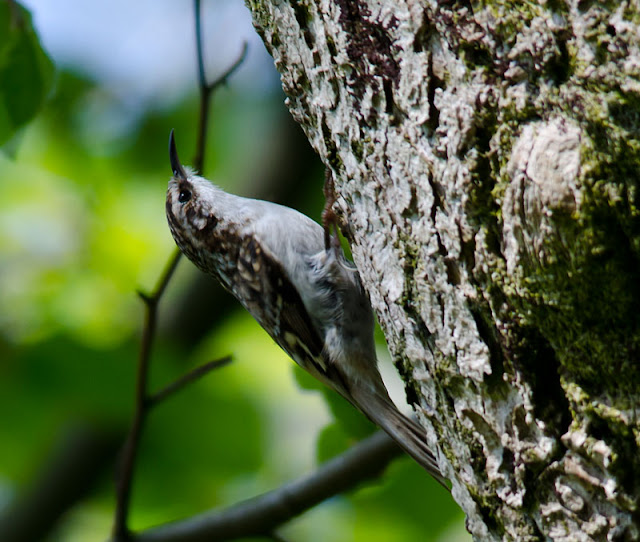 The weather had cooled and the sky had clouded over, it took a while to find a Buzzard never mind anything else! Stonechat and Whinchat were seen and an Adder was found too. Our next sighting was a bit unreal...we were driving along the road and I spotted a flock of birds, pointed wings and a bit of a tail sticking out - my first thought was terns but after a quick second look the engine was off and we outside looking at a flock of about 40 Long-tailed Skuas!!

I have seen less than 10 in my life and there have not been more than 40 seen in Argyll...ever. Biggest number seen at any one time in Argyll was four birds and we were looking at ten times that amount and they were all adults too - totally AWESOME!!!! 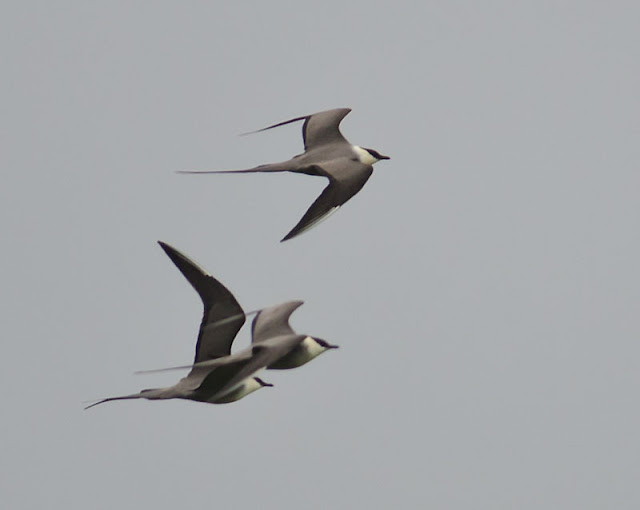 The waders are still hanging in so Turnstone, Dunlin, Ringed Plover and a couple of Whimbrel were soon on the list. 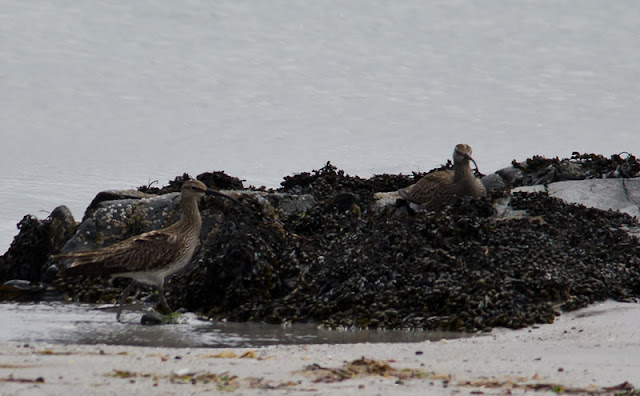 The Golden Eagles were a bit difficult but we managed to get a sighting and a couple of Otters were found sleeping on the shore. A couple of good looking GN Diver were seen on the way back... 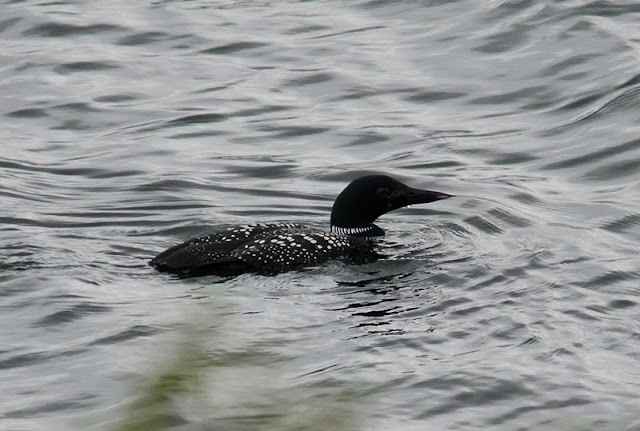 ...and while we had another look at the WT Eagles a Common Buzzard was circling with a small Rabbit in it's talons. 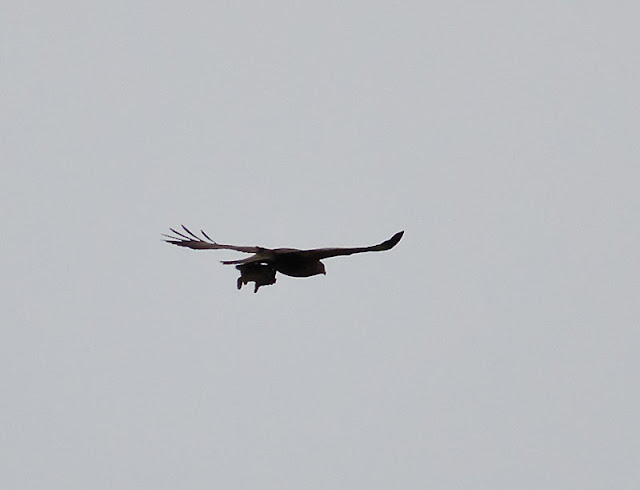 Long Tailed Skuas!! Really jealous, can you order those again for when we come up next year!

I'd like to be able to see them every year, Tom, but I don't think it's going to happen.