With more poor weather to contend with a decision was made to go for Golden Eagle first - one bird was seen sitting on the nest. Next up we were tipped off about a Short-eared Owl sitting by the road. We missed it on the first pass but found it when we backtracked. 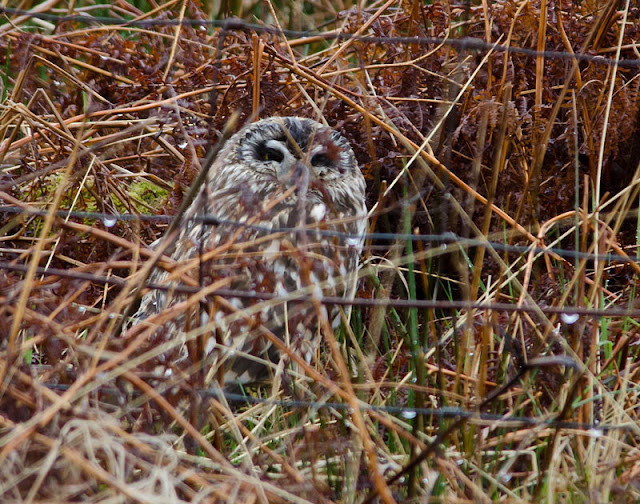 We couldn't find any sign of Otters so we checked out the WT Eagle and then headed back along the road. A Red Deer stag was seen grazing in a field before we got lucky with 2 Golden Eagle in flight. 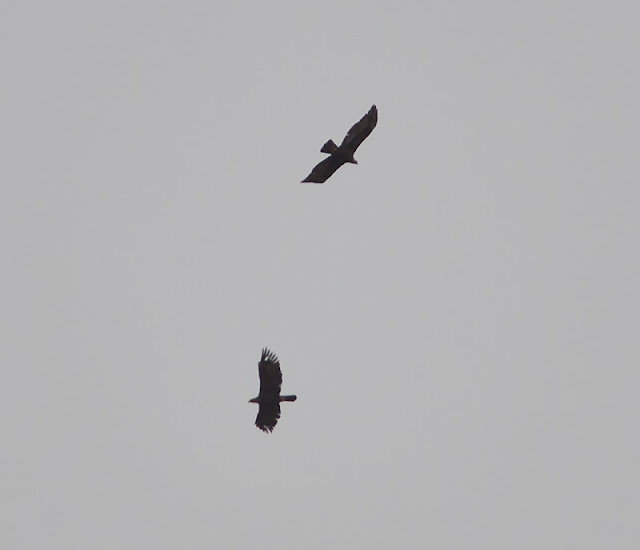 A bird on a post wasn't the hoped for Tree Pipit but just a Meadow Pipit. 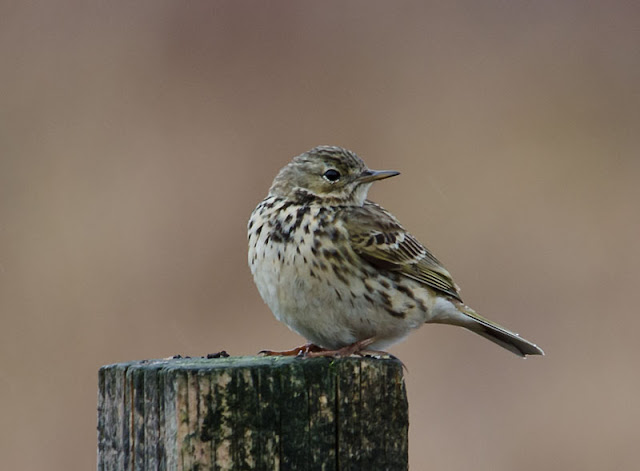 The clear spell we had was brief but we still added Hen Harrier and Whinchat to the list. A single Lesser Redpoll was nice to see as the rain came back in. 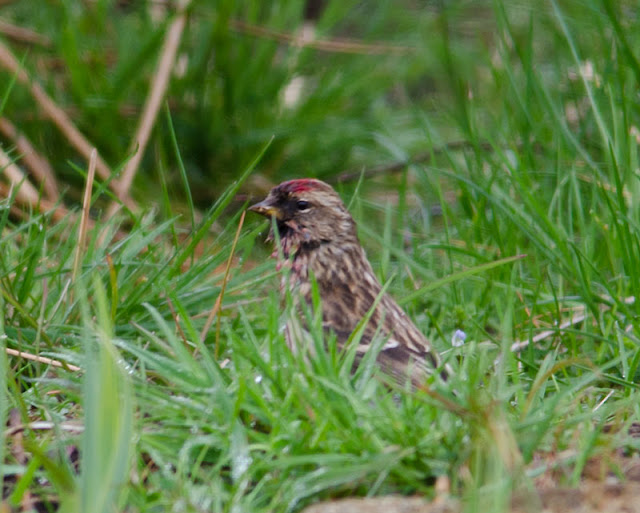 The good thing about the poor weather is that it grounds the migrating birds so a mixed flock of Dunlin, Turnstone and Sanderling was a nice find. 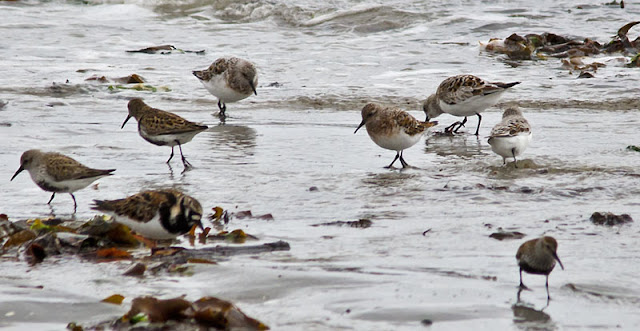 A flock of about 30 Whimbrel were seen too. 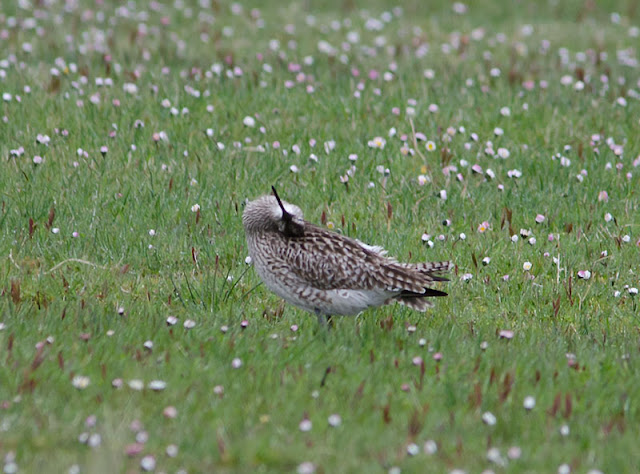 The weather started to clear at the end of the day but the wind was still blowing hard. Lapwing on the nest... 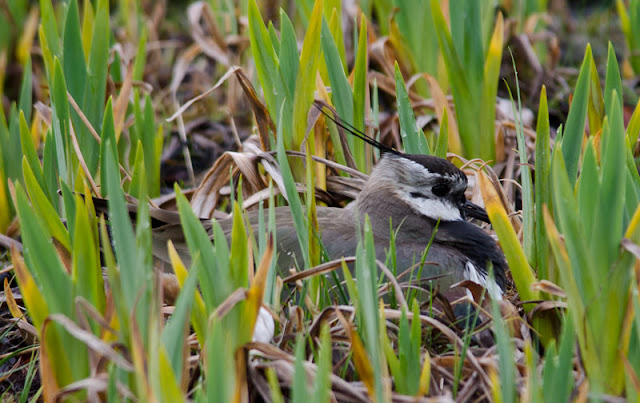 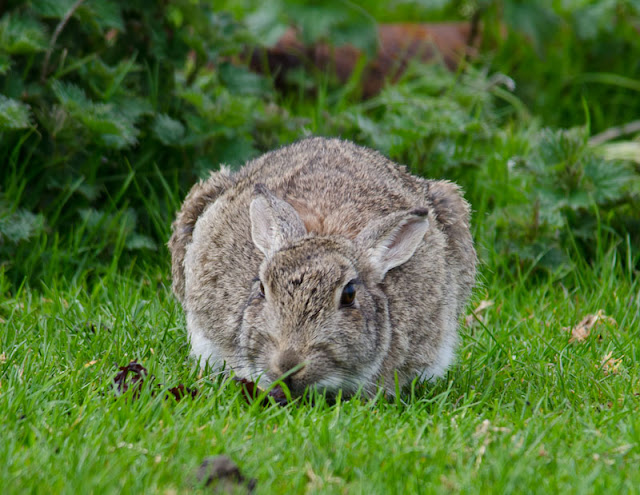 ...and a few Linnet were seen. 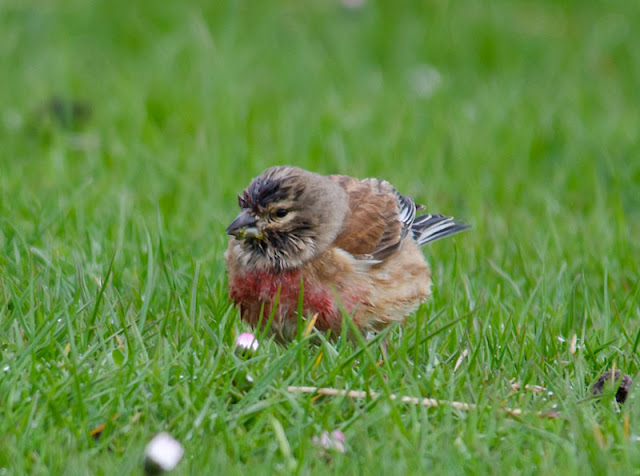 On the trip back a pale-eyed Common Buzzard was seen in a field... 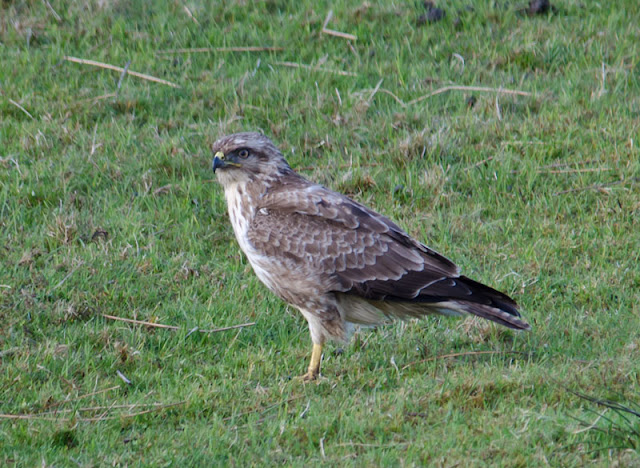 ...and a fly past WT Eagle with a Raven giving chase finished the day off nicely. 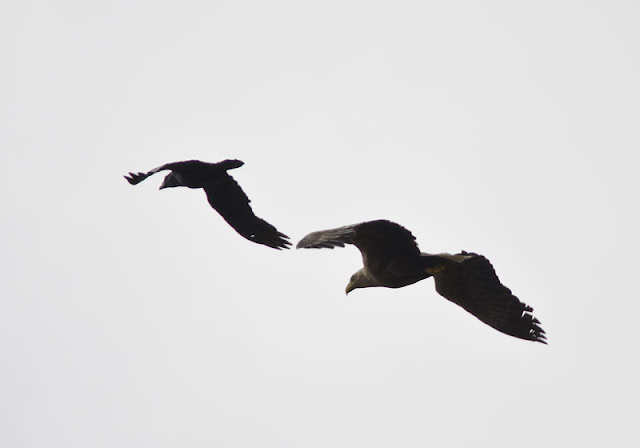