A grand day out.

An exclusive tour for Peter, Colin and Jan with top quality wildlife. We started the day with the WT Eagle at the nest, GN Diver, RB Merg, Eider etc. A trip to see Golden Eagle was productive so it was plain sailing from there. Next on the list was three Otters.

Lunch was nice when we got it - if only the wildlife would give us time to eat! A couple of Adders were seen basking in the weak sunshine. 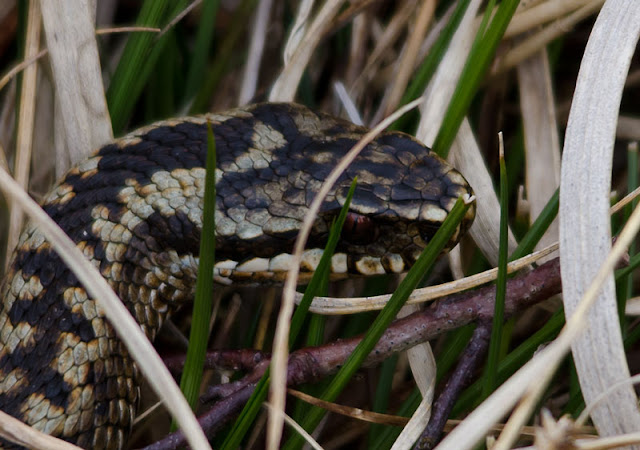 The Golden Eagles really spiced things up though as they dashed after each other - you'd be happy with views like this... 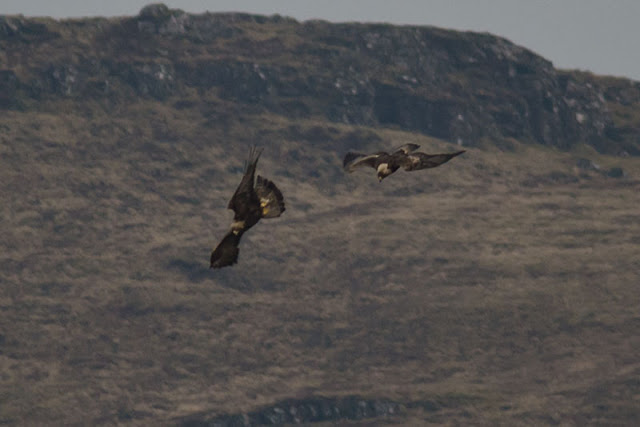 ...but when a Hen Harrier joined in the eagles just went mental, scaring the life out of the harrier! One of the Golden Eagles gave us the pleasure of a close view too.

The weather had been fine up to that point but the rain started just after lunch and we had set a target of 50 species of bird for the day. We'd had quite a few of the common birds already so the likes of Lesser Redpoll and Linnet were nice additions. The waders boosted the total to the fifty mark with Dunlin, Turnstone and Whimbrel doing their bit while the Snipe tried to stay hidden! 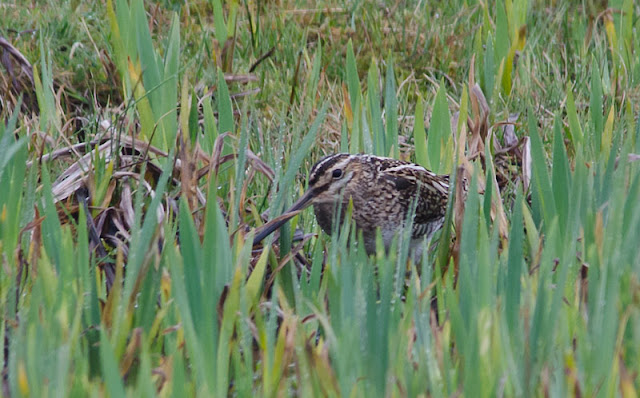 The rain was pretty bad on the way back but we still added a couple more birds to the list - Collared Dove and Cuckoo.
Posted by Bryan Rains at 09:10