A quick trip out to check on one of the Otter families was a good decision. I noticed one of the Otters hauled out on a rock with a fish and the other two were still fishing. The wee beast on the rock finished it's fish and then headed back out to join it's family. 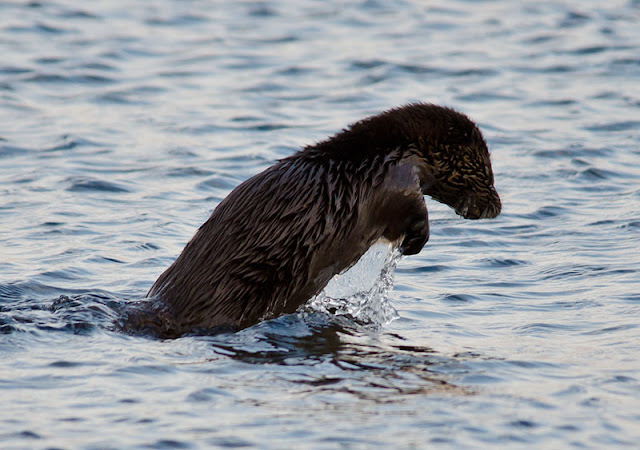 Next on the hit list was a female Hen Harrier that was just gaining some height to head from one hunting ground to another. 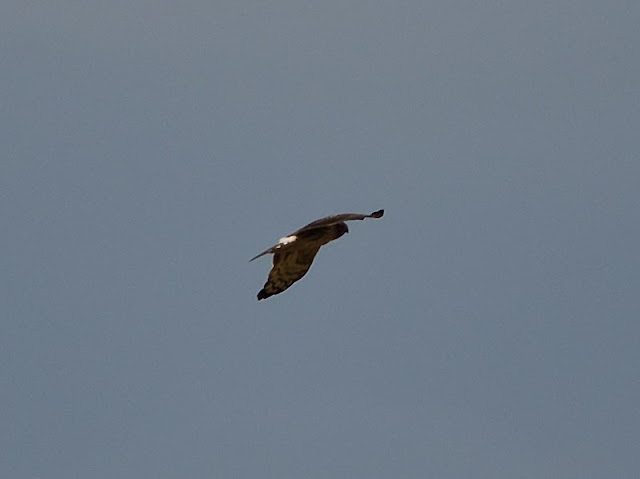 I was lucky enough to come across some Red-breasted Mergansers that were close enough to get some shots of. Not only that but the sun was shining too. First off the male and female together... 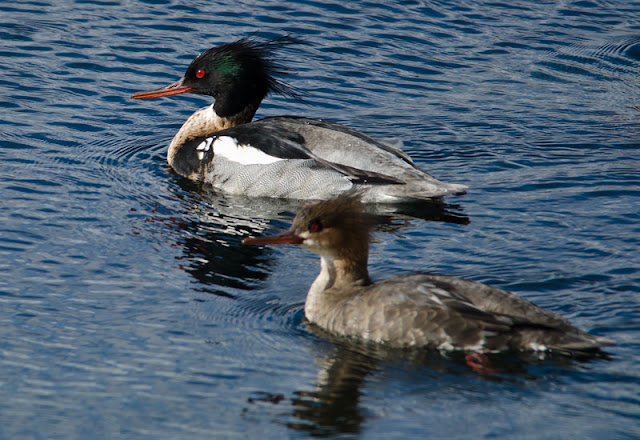 ...and then the male on his own - stunning birds. 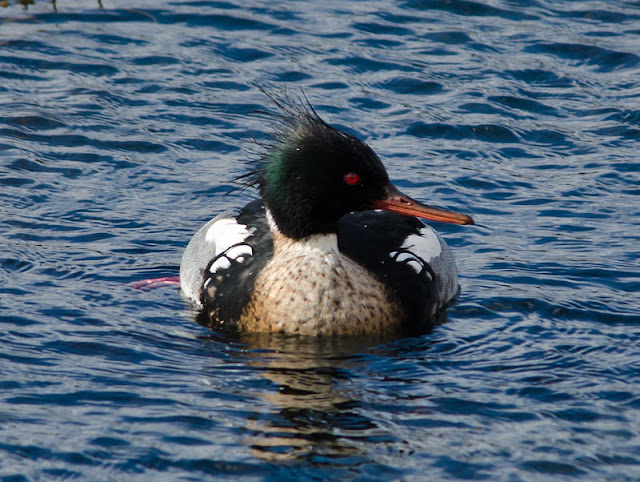 A WT Eagle was picked up just as it cleared the forestry and as I stopped I noticed there were a few Buzzards in the air too. This appeared to be good sport for the young WT Eagle as it out flew the smaller birds and proceeded to dive bomb them! 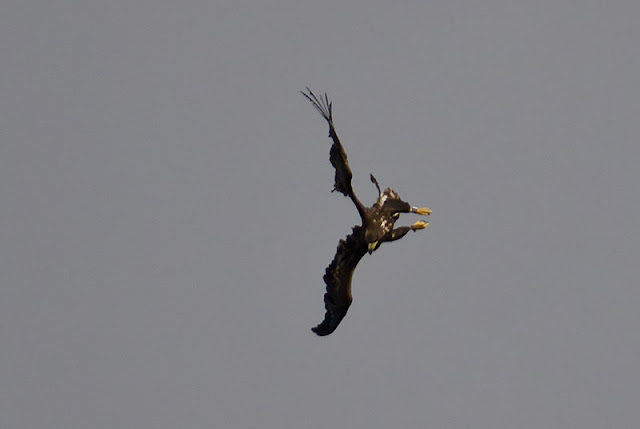 With the Buzzards scattered the young bird carried on with it's own business...whatever that was at the time. 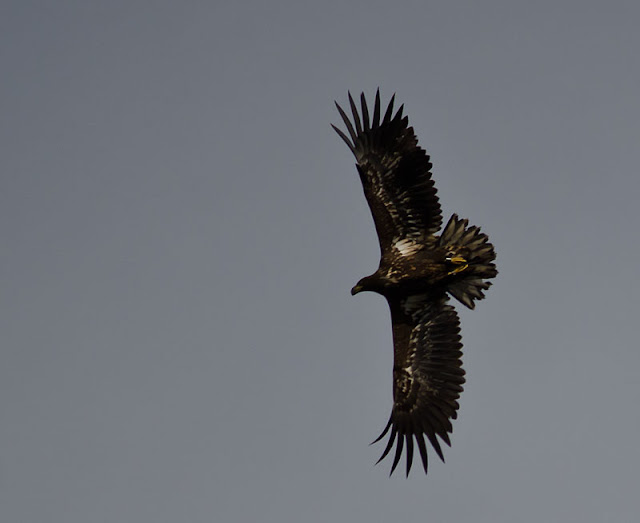 A pair of Lapwing have been on their territory for a week or so and have become accustomed to the traffic passing by. It's always nice to capture a bit of behaviour so when the bird started feeding a few snaps were taken. It's interesting to see how intently the bird was looking at the ground for movement. 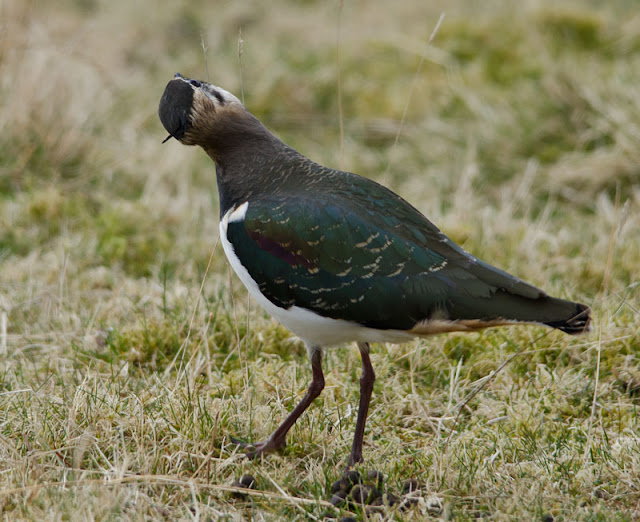 While watching the Lapwing feeding I'd noticed a few Starling flying past and I could hear them 'talking' to each other. When I looked round there were four of them sat on the back of a Sheep. One of the birds slid down the side of the Sheep just before I captured the moment.

Fantastic blog as usual, love the photo of the starlings and the sheep!!

Yes, the starlings are so cheeky.

Some great photos though.
Brian

Great set of pictures, last one of the starlings/sheep is class.

Cheers, guys. I've been after a decent Starling/sheep photo.

Brian - the sunshine is nice but what we need is water!