There was a brisk wind that kept things distinctly chilly so heading for more sheltered parts might help - it didn't. There wasn't any escaping the wind. A good look for Otters produced nothing but a good view of a female Hen Harrier as she came across the water to head off over the forestry. The Otters were a short distance away and they were good enough to clamber onto the shore for some mutual grooming - not nice standing in the wind though! 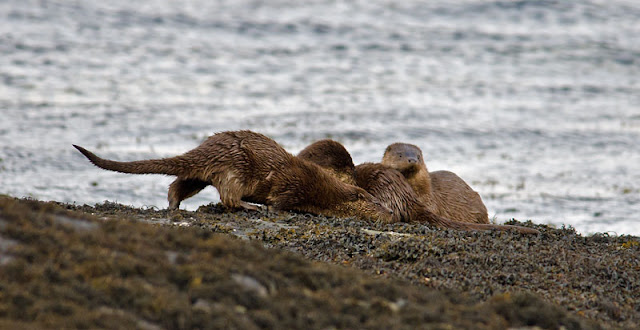 The usual array of RB Merg, GN Diver, Buzzard, Oystercatcher and another three Otters were along the next stretch of road. A warming cuppa and some shelter were welcome while waiting for WT Eagle to appear. Just like buses there was nothing for ages and then three turned up together. One of the birds was an intruder so a bit of action was nice to see and I managed to miss the shots of the birds when they were closest. 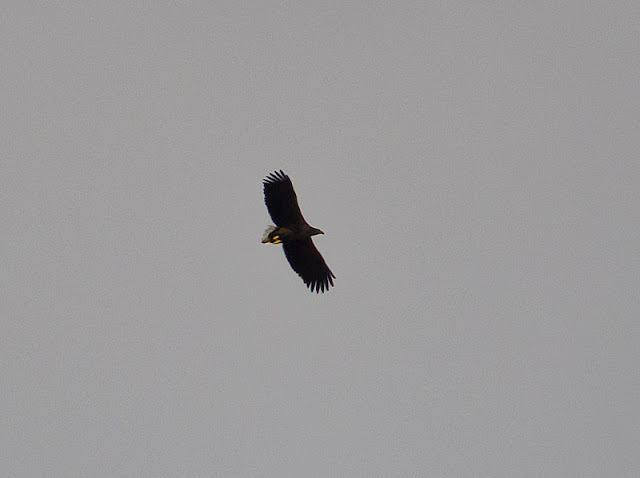 Golden Plover, Ringed Plover, Pheasant and Common Seals were seen as we headed for lunch. A male Hen Harrier kept us entertained for a couple of minutes as it hunted along the hillside. 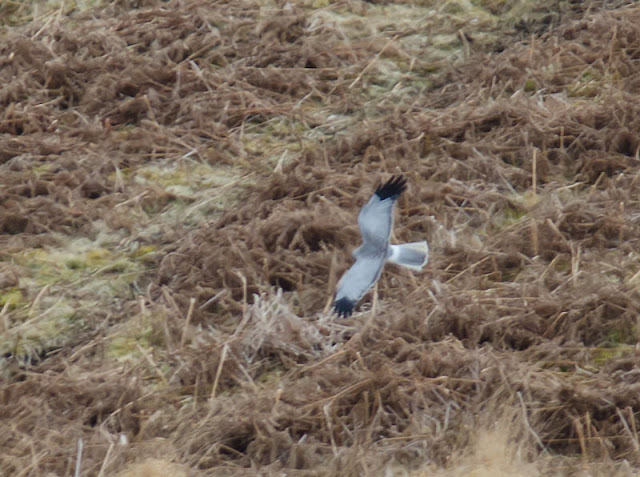 Despite the cold wind there were not one... 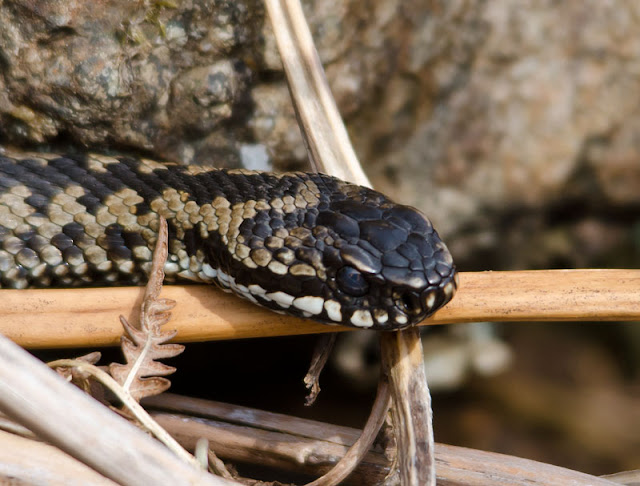 ...but two Adders trying to soak up some heat. 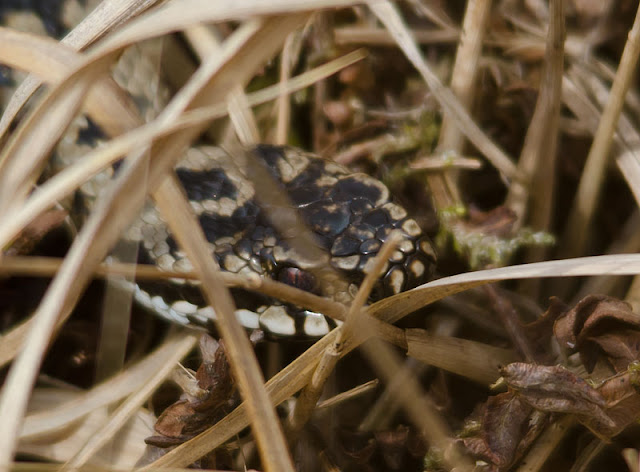 No sign of any Goldies but both male and female Hen Harrier were seen displaying. We thought we'd hit lucky when a couple of large birds appeared in the distance but they turned out to be WT Eagles. A change of location finally turned up a Golden Eagle being chased by a Raven. We got the bird perched up before it's mate turned up and they both headed off. 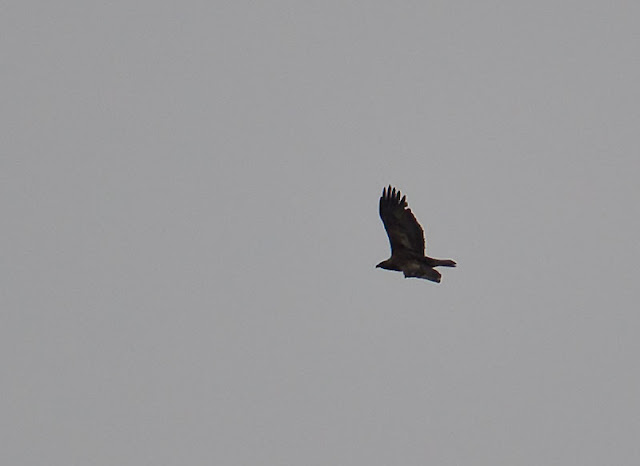 We had already seen a few Red Deer but the topping on the cake was this superb stag that we saw crossing the river. 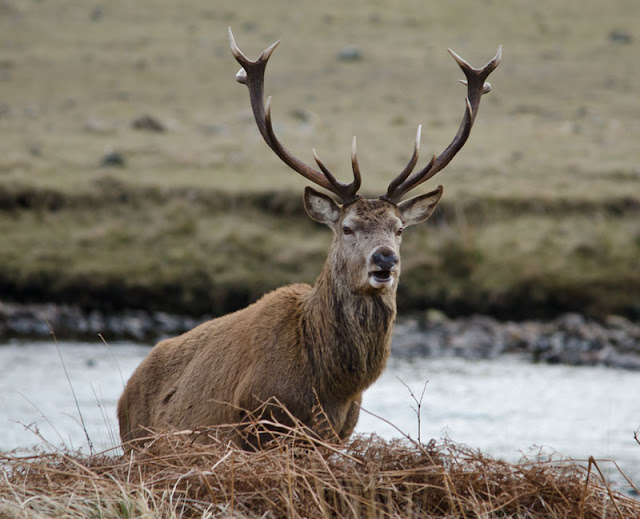