That's two months of patchwork done - the patch being a 6 kilometre stretch of road. I have, pretty much, stuck to that patch over the two months and it's not made too much difference to what I would expect to see. There are a few species missing but they will come.....in the next 10 months! As it stands I have seen 67 species and amassed 88 points (the year list stands at 81). Once the season kicks off the patch might get neglected a bit but I'll still be covering the area every day on the tours so, hopefully, I won't miss too much.
The feeders have been getting a fair bit of attention and you won't find a better looking bird than a Blue Tit having lunch. 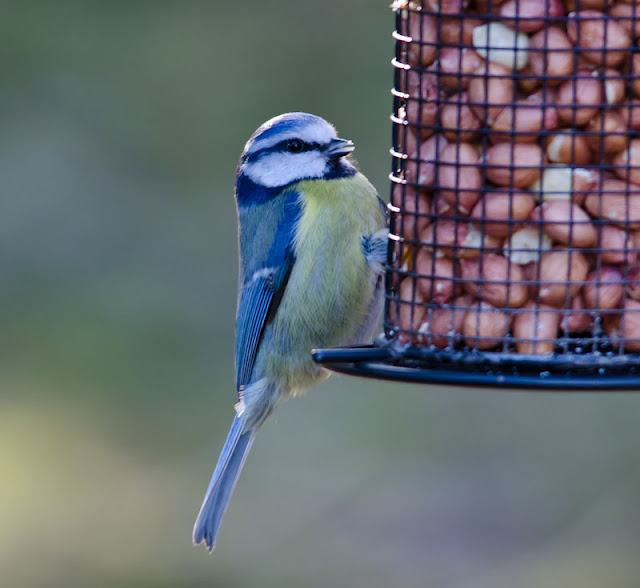 There were three Skylark beside the house for a few days and the one day I get a photograph it's not a Skylark but a Chaffinch! 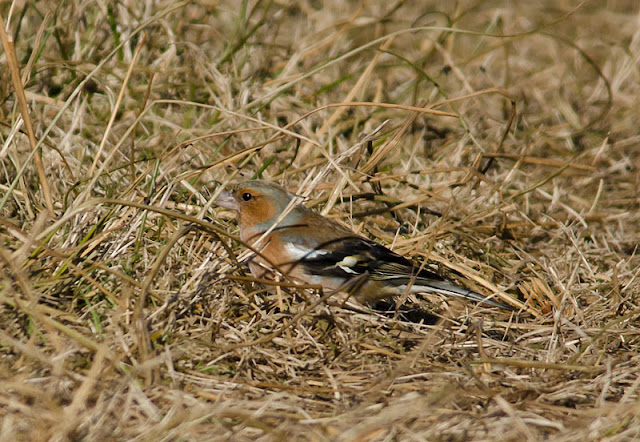 This Golden Eagle was flying around at the back of the house but I was about half a mile away at the time - must put some effort into a close Goldie. 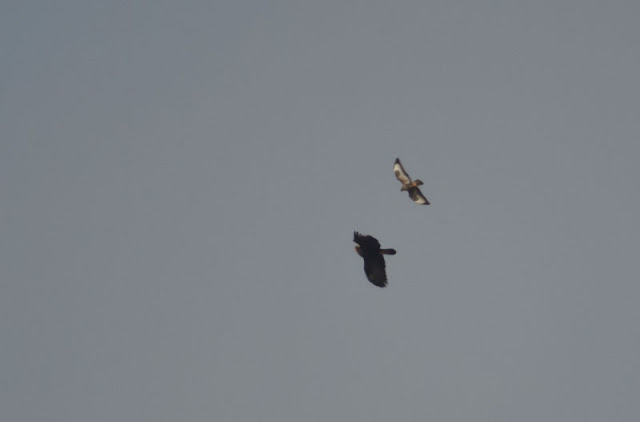 By the time I reached the house there was nothing to see but this Robin! 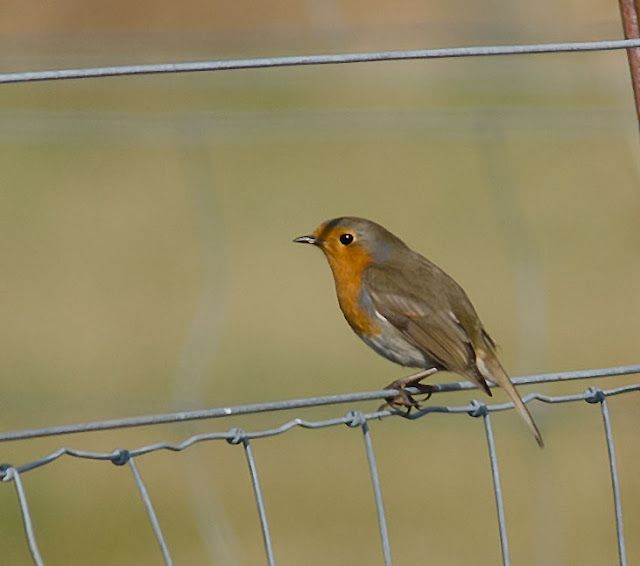 There have been some cracking sightings in the dark when we've been out. Barn Owls have been fairly common, Tawny Owls have been heard regular but one sitting at the side of the road was special, one Long-eared Owl and a certain mustelid was seen! A Greenshank is not a bird you want to approach when there is no cover, normally they will be off before you see them but I got lucky. 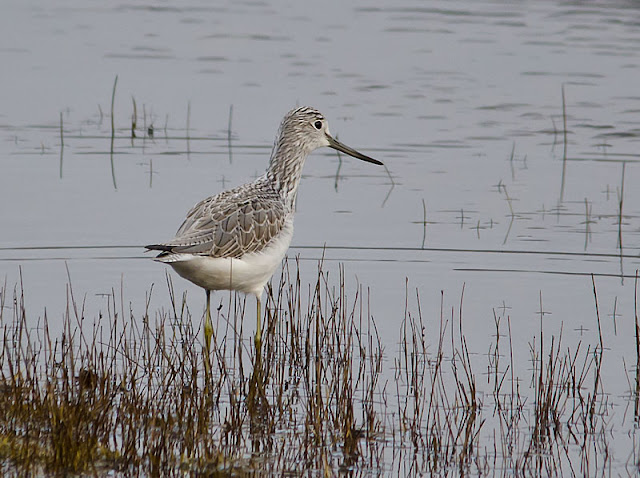