No change in the chilly conditions but there was a bit of sunshine. Just as I was leaving the garden a couple of Blue Tit turned up at the feeders so I hung around for a bit. It was difficult to get a clear shot at either bird when they left the feeders but I managed a couple of decent ones. 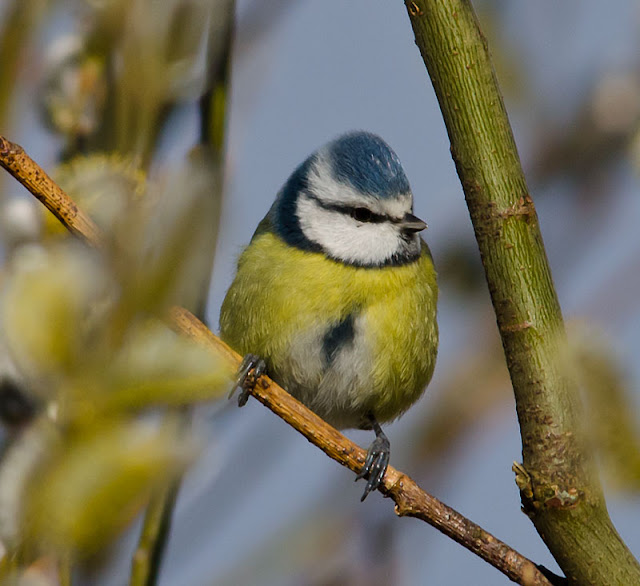 The Golden Plover were a bit closer to the road but with the blustery wind it was never going to be easy to get some shots. Not the of best of shots but it was nice to get the Lapwing flying past too. 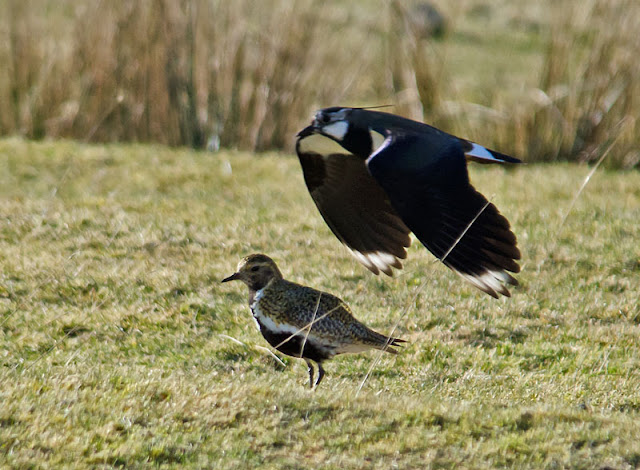 Most of the GN Divers are starting to sport a bit of summer plumage now. 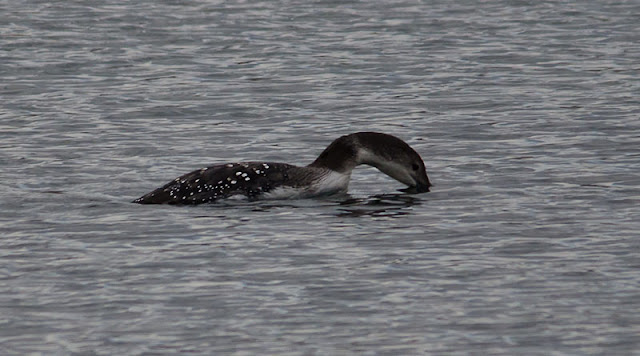 I have noticed there is a distinct lack of frogspawn this year. There is still time for them to appear but at the moment there is about a 50% reduction of spawn in the pools. The only Frog that I came across was in the talons of a Buzzard - it's not just people that eat frogs legs! 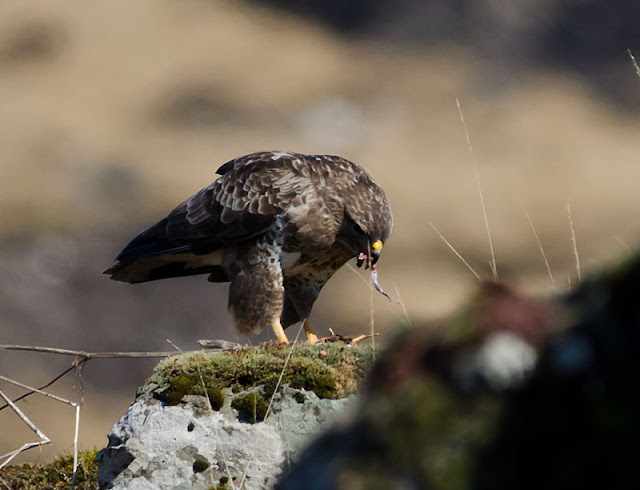 The Buzzard was taking it's time to eat it's meal so I headed off. 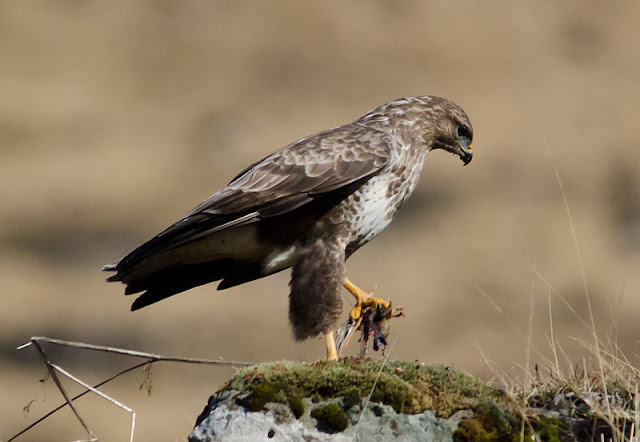 It was nice to catch this Mistle Thrush on a post as they are normally on the ground or perched in a tree. 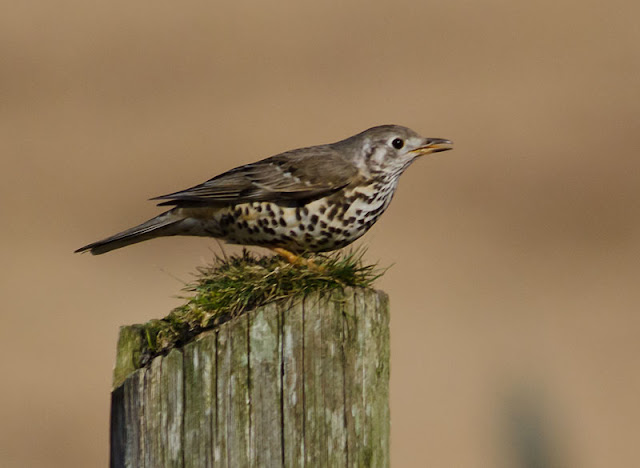 Bird of the day had to be the Treecreeper that hung around long enough for me to get the camera and grab a couple of shots. 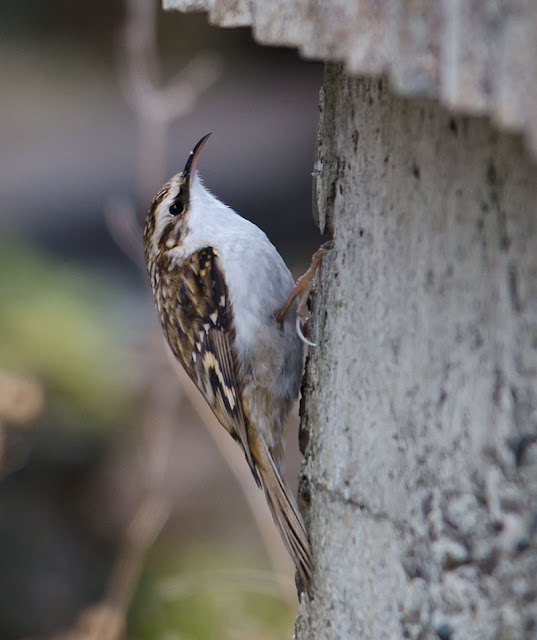