A day of two halves.

A bit of a run out and a couple of year ticks gained - a couple of Whooper Swan on an inland loch and 2 male Bullfinch. 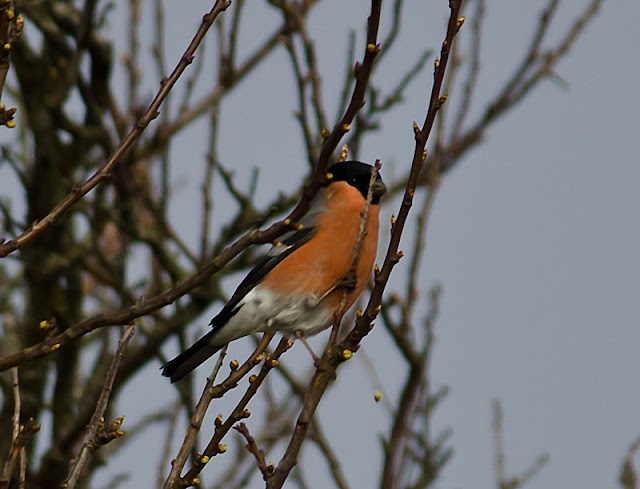 A small group of 10 Redwing were well scattered over a field and a pair of WT Eagle were seen having intimate relations. The weather was good so it made looking on the lochs difficult from some areas. This GN Diver was quite badly backlit but I still had a go. 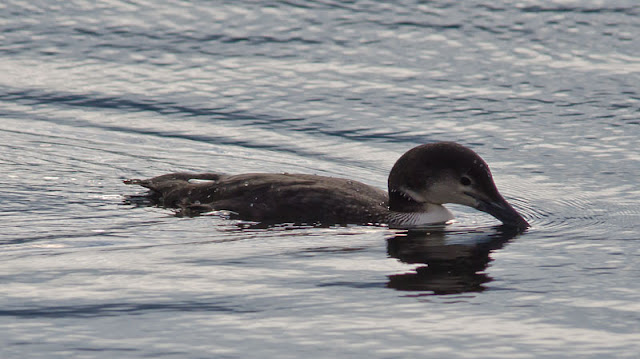 A flock of nine Golden Plover have been hanging around for a few days, seven males and two females, but they have always been distant. 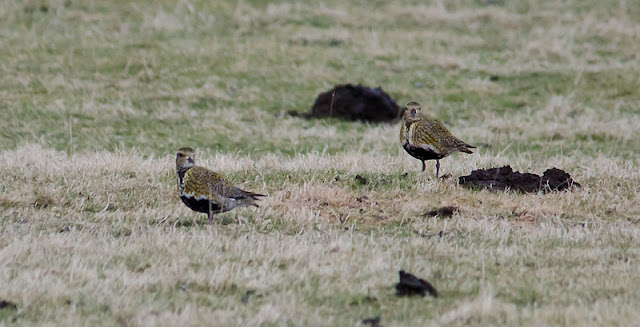 It had been a pleasant morning with the roads quiet, Skylarks singing, Lapwing calling in the distance, some good sightings and to top it off a Golden Eagle circling outside the house when we returned for lunch! 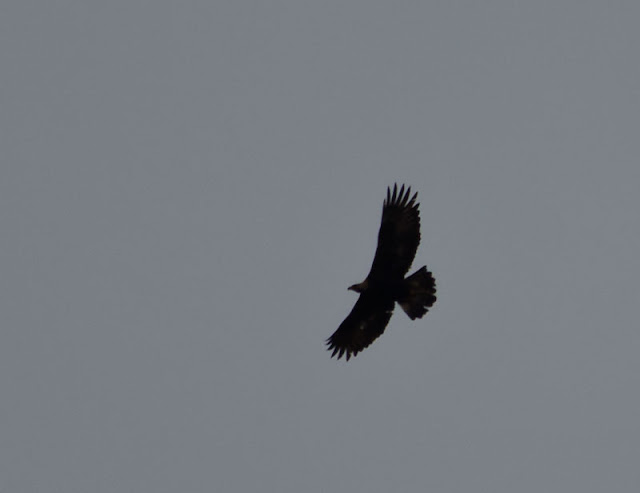 We headed for higher ground in the afternoon and the contrast was massive. There were no sounds of bird song at all on the higher ground but we had different targets. It wasn't too long before we saw an adult WT Eagle flying away from us over a ridge soon followed by a younger version of the same species. 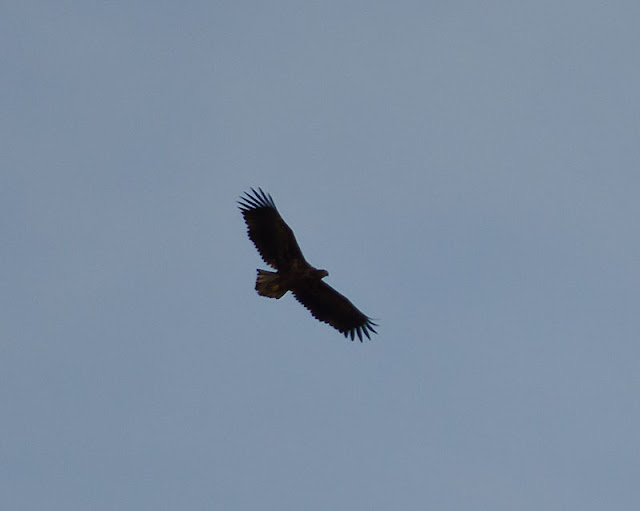 This activity prompted the local pair of Golden Eagle to get in the air and do a bit of display to defend the territory and also escort the larger birds away. 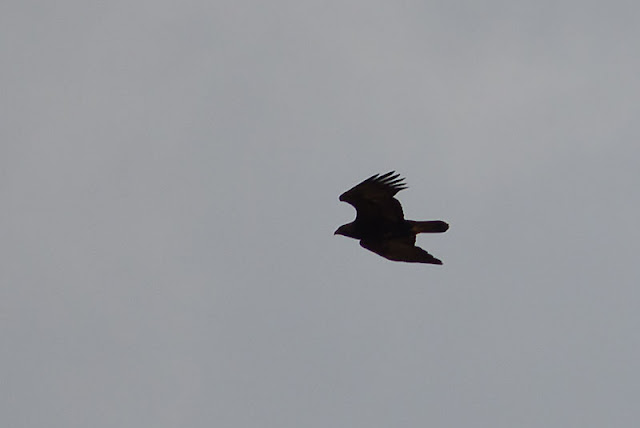 Both of the WT Eagle had come away from the hill with full crops so it wasn't that surprising when a third bird put in an appearance. 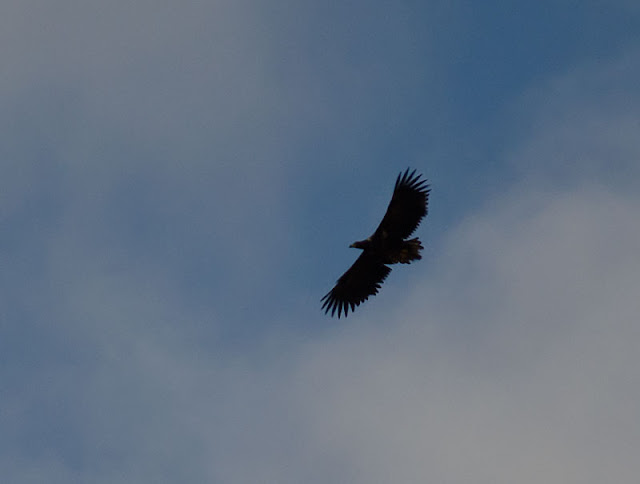