A showery day with no tour so I nipped out for an hour. First decent bird seen was a male Hen Harrier... 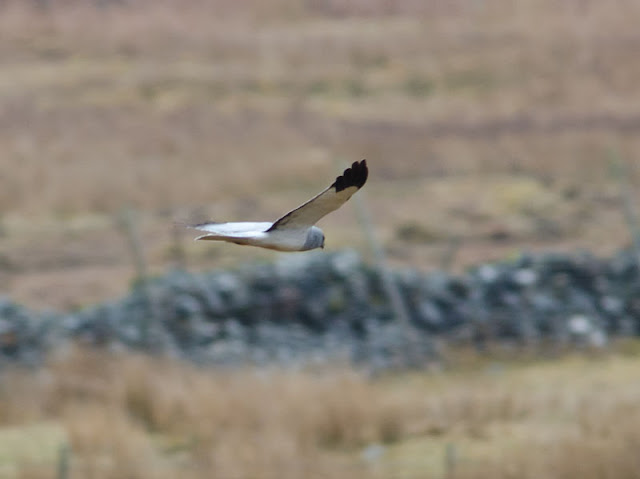 ...followed by a female of the same species. 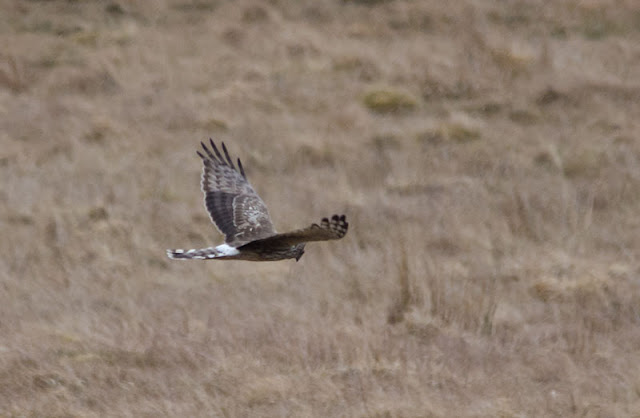 I thought I had seen a Whinchat sitting on the fence as I drove to the shop so that was a target species for the short trip out. As soon as I parked up an almighty shower came through so I had to sit that out but as soon as the rain stopped things started to move again. A few Curlew were flying around and calling to each other and one of them landed close by. 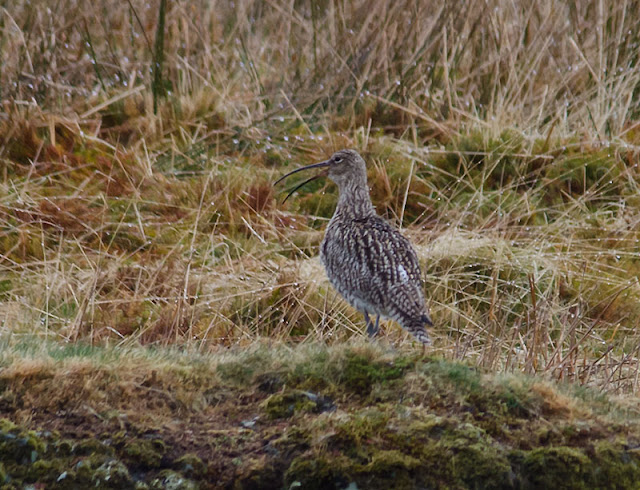 A small bird popped up on a fence a fair distance away but you could see the head markings of a male Whinchat quite clearly. A short walk had the bird within range of the camera. 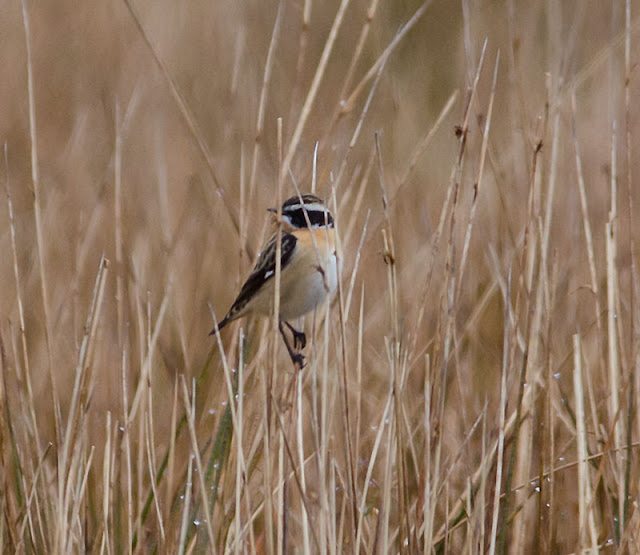 The best thing about the showery weather is it encourages the Snipe to get up to display. You can quite often hear the 'squeaky toy' call of this bird but people are probably more familiar with the drumming noise heard during display. The drumming is not vocal but made by the stiff outer tail feathers vibrating as the bird stoops - you can see the feathers sticking out in the photo below. 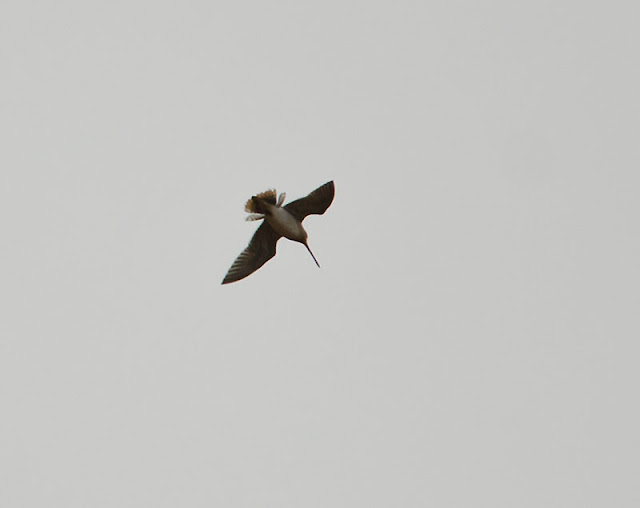