It was one of those days that will be hard to beat. As I left the house I caught sight of a Red Deer stag so I took a couple of snaps. 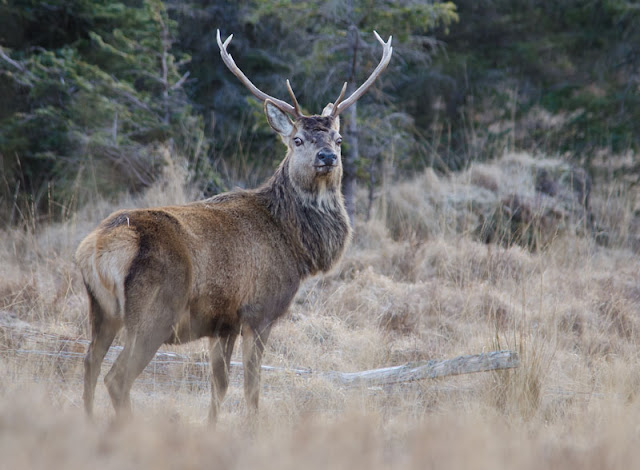 As I collected the guests for the day the first thing we saw were two WT Eagle. We headed off to get a better view but could only find one bird so we hung around until the other one appeared - it flew right overhead! A search for Otter was, initially, fruitless but we picked up the usual RB Merg and GN Diver before finding the elusive mustelids. The Otters swam along the shore in front of us but they were a little bit put off by the traffic going past.

A pair of Hen Harrier were seen briefly as we looked for the stag I had seen earlier and then another two female Hen Harrier were seen soaring. a change of location produced a large herd of Red Deer but a Golden Eagle took our attention away. While watching this soaring bird another Goldie was seen distantly and yet another came a bit closer to check us out! 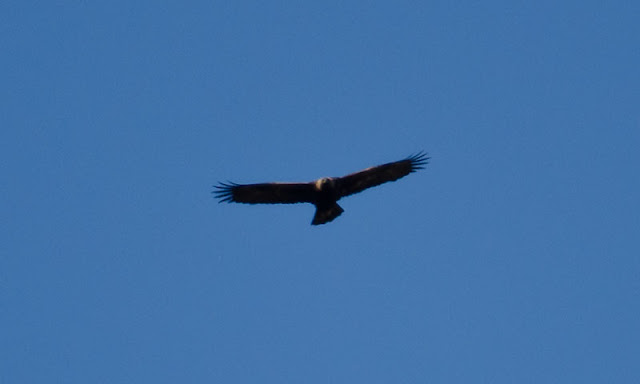 We could have finished the day at this point but we hadn't had lunch yet. Another WT Eagle was seen... 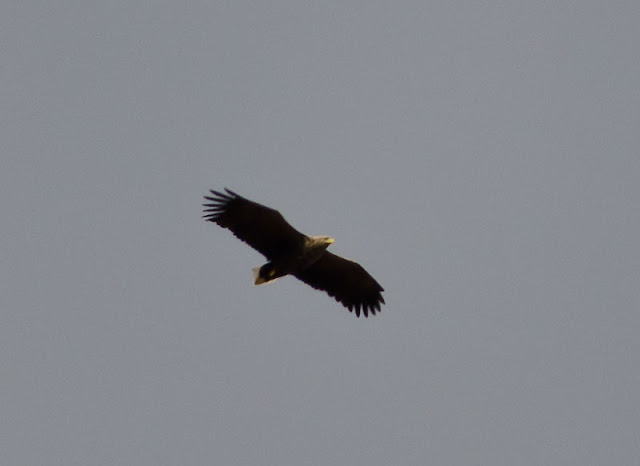 ...but it was on a Golden Eagle territory - the Goldie wasn't happy about that so we got awesome views! 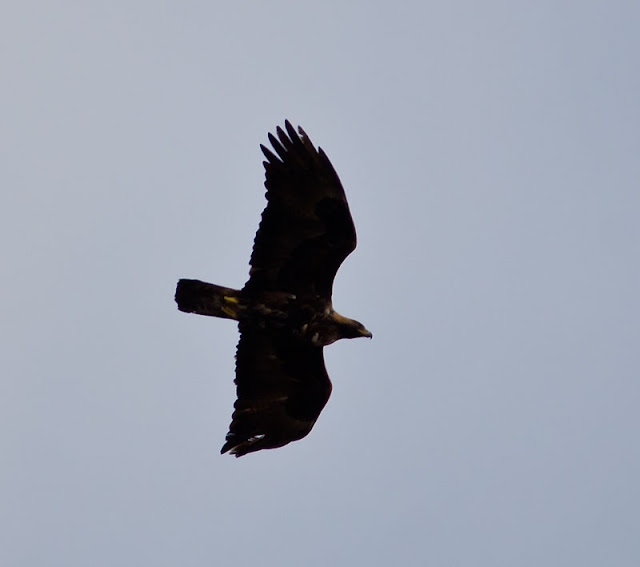 We went in search of some of the smaller birds in the afternoon and got cracking views of Redwing... 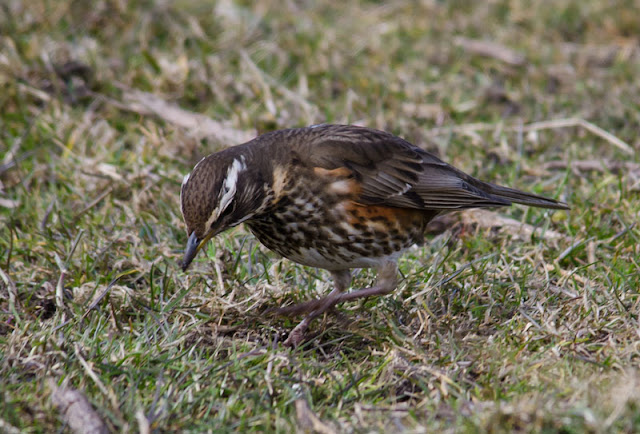 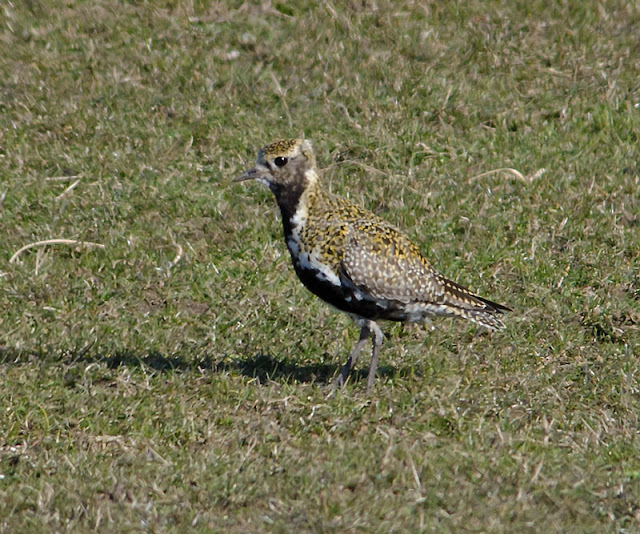 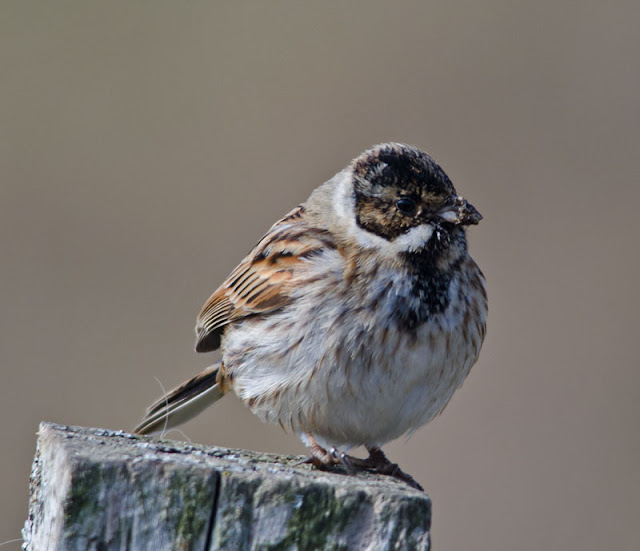 A Mountain Hare was seen but there was no sign of the Barnacle Geese which may have headed back north now. What was supposed to be a quick look for Black Guillemot was scuppered by this sighting. 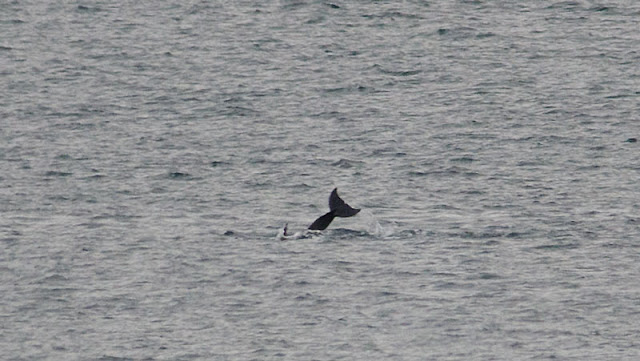 Normally you would be happy to see something like that from land but the four Bottle-nosed Dolphins had other ideas!

They came closer and closer to the shore and then started leaping around. 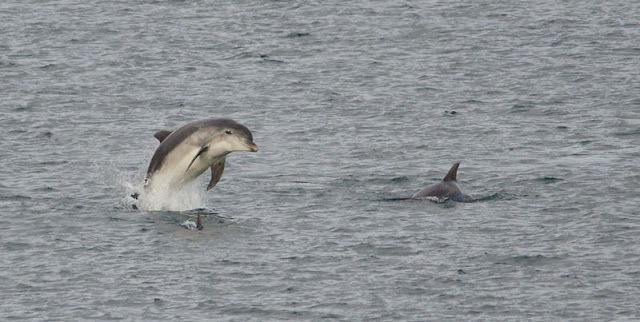 I'm not sure who had the most fun - us or them. 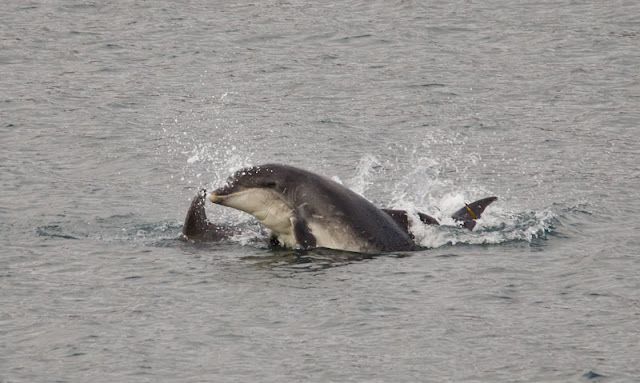 There was no way that this sighting could be topped so we headed back to base with big grins. We still managed to pick up another six Otter on the way back too - here are one of the groups of three that we found.

I've got no chance of beating that day but I'll probably get close.
Posted by Bryan Rains at 14:23