With water levels running at full capacity after the dry spell the weather will, probably, remain changeable for a while. Changeable weather usually brings an interesting day and a chance to chase the sun! The rain was quite heavy at the start of the day - good weather for ducks or even Turnstones.

We could see clearer weather in the distance so went chasing the sun. A good choice as an obliging Mountain Hare was found... 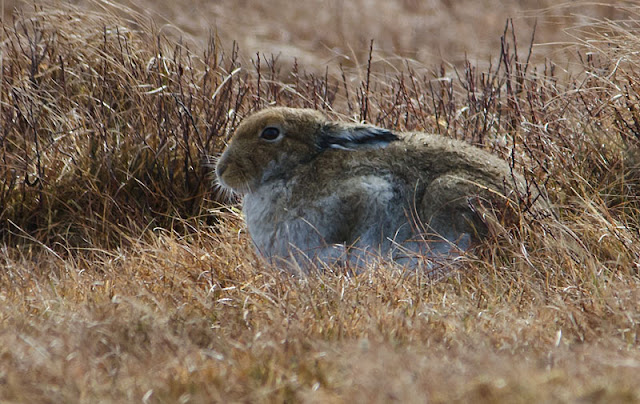 ...followed by a cracking female Hen Harrier, 3 Redwing and a Snipe. A Yellowhammer was a nice bird to find and a female Stonechat tried to play hide and seek on the opposite side of the road. At a comfort stop we had cracking views of a Common Guillemot. 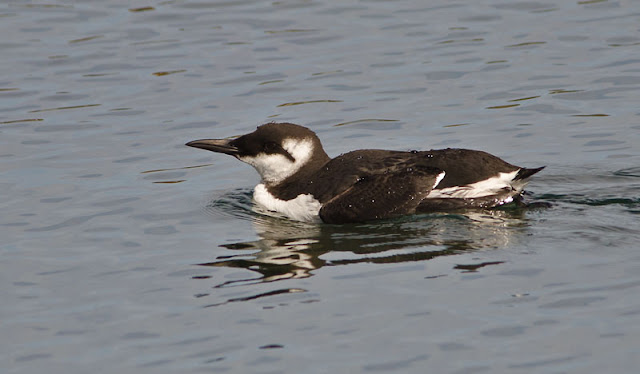 We had a long lunch where the best we got was Hen Harrier - the expected Golden Eagle didn't show. We found out why a short way along the road. A Raven diving at a crag beside the road gave away the presence of something interesting - the Golden Eagle we had been waiting for! 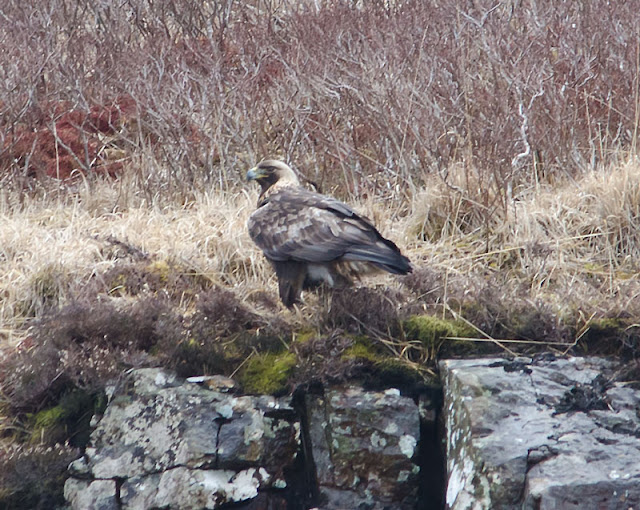 The rest of the afternoon went quickly with the likes of Eider, RB Merg, GN Diver, Wheatear,WT Eagle, more Hen Harrier and 2 Otter for the grand finale! 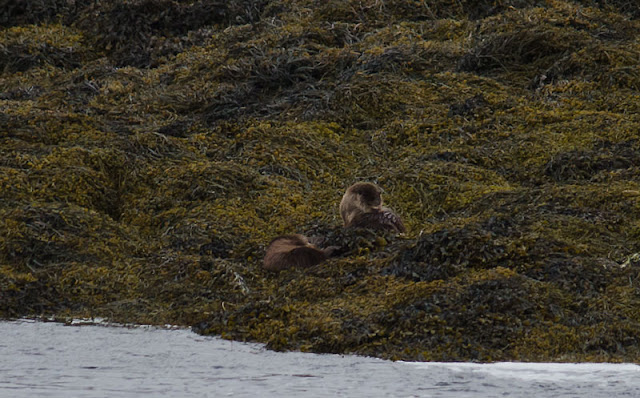 Can you order all that again for the 30th. Look forward to seeing you then.
Tom