A day of two halves so I'll split this into two posts.
It was a calm and sunny morning so I thought it might turn up some singing migrant birds. First stop didn't produce any migrants at all but this Buzzard was keen to be the centre of attention! 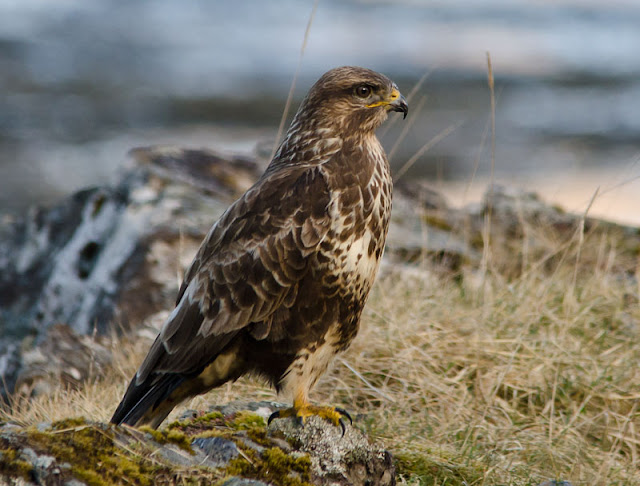 I could see a couple of Otter back along the way so a bit of a leg stretch was called for. I was hiding behind a rock waiting for them to appear but it seemed to be taking a bit too long so they must be on the shore. I stuck my head up for a better view just as the two of them came trotting to the top of the rock. I had to stay down until I was sure they were back in the water before grabbing a few shots. 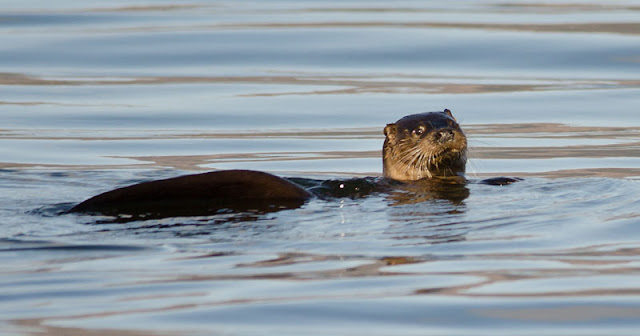 On my way to sunnier spot for migrants I saw a mostly white Mountain Hare at the side of the road. The Common Seal seemed to be enjoying themselves - do they ever look any different?

The trees were bursting into leaf and I caught a couple of glimpses of what was certainly a Willow Warbler but it was right in line with the sun, 'It's bound to sing in a minute' thought I. I walked a reasonable way down the path then turned back so the sun was behind me - not a sign of the Willow Warbler. A few Goldfinch were flitting about and one perched in the open briefly. 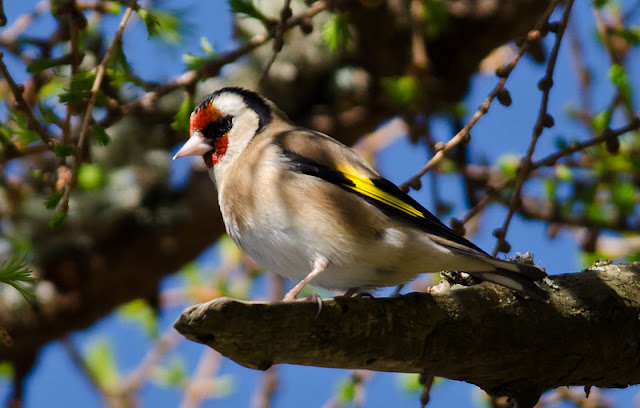 Next up was another winter visitor - I heard the bird call a couple of times but I couldn't see it. A bird flicked into view and I saw a male Brambling just before it flicked further up into a Larch tree. As you can see from the photograph, unmistakably a male Brambling! 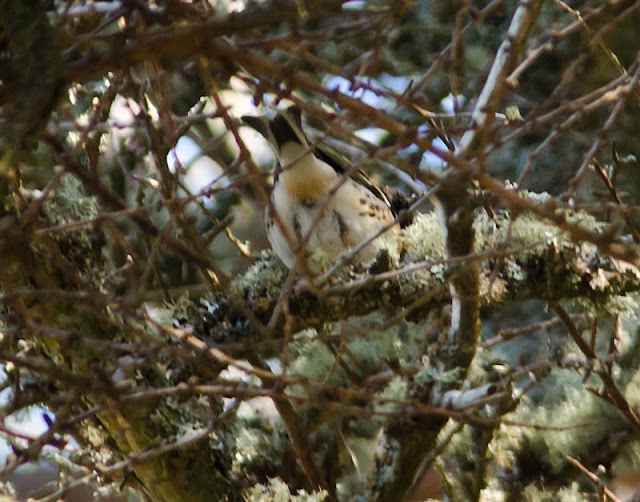 Another winter bird is the Great Northern Diver but at least do they stay here long enough to get their summer plumage. 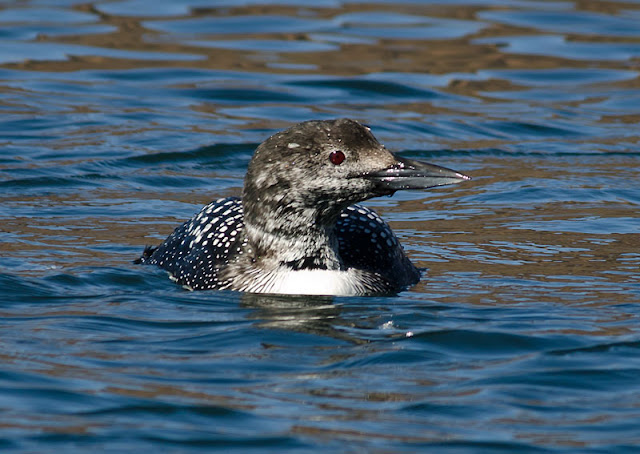 Just after photographing that bird I had a touch of spring when the Willow Warbler burst into song and a lone Barn Swallow flew around. The local Robins seem to have paired up and were keen to do some fly catching and display on a wall. 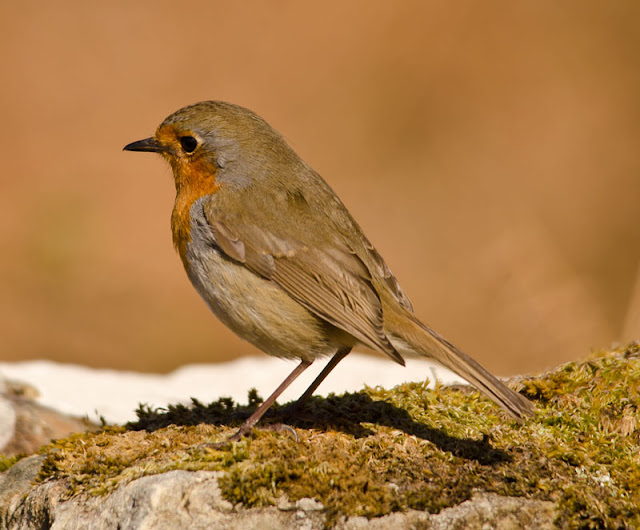 Half a dozen Wild Goats were seen enjoying the sunshine and eating the seaweed... 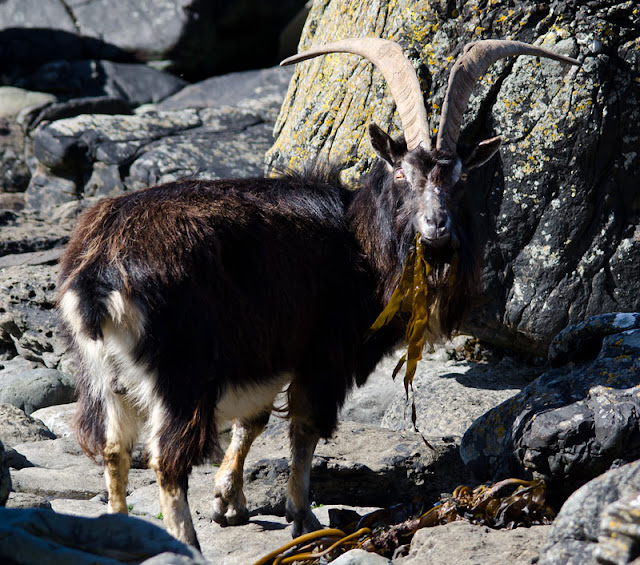 ...and a final sign that spring isn't totally here was the sighting of a couple of Red Deer stags with antlers. Winter or spring? Make up your own mind. 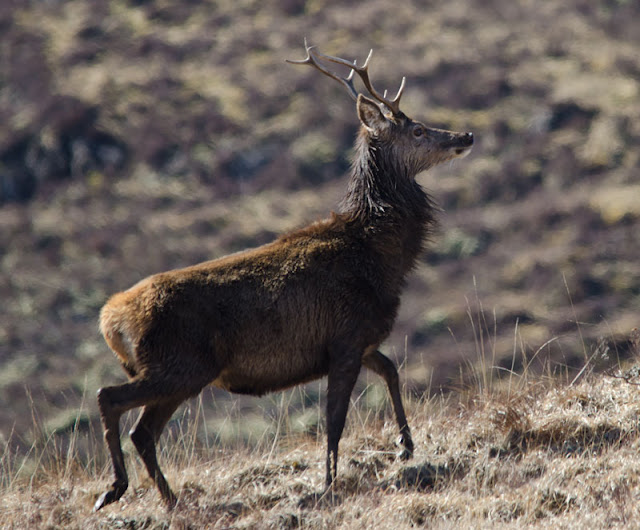