The lack of photographs is noticeable now as there are other considerations - guests come first and photo opportunities come second. I had a bit of a run out to see if there were any Northern Wheatear sneaking about - 3 different locations turned up a blank! The only consolation was a very nice Mountain Hare. The beast was a bit distant but it shows off the length of the legs, size of the feet and the colour. 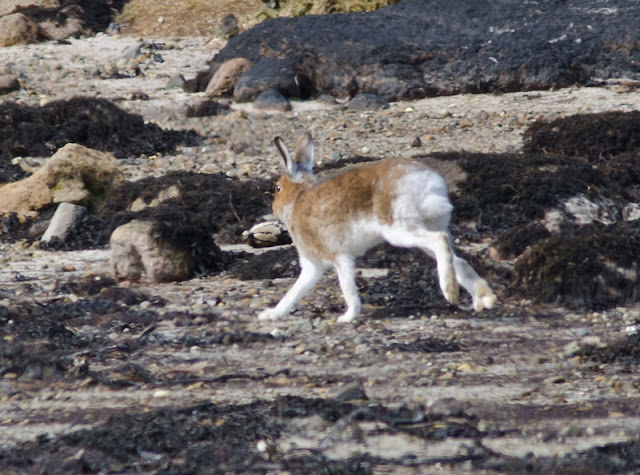 There were some nice birds seen on the next tour but a lot of them were camera shy. The likes of Stonechat and Common Snipe were seen at close quarters but there was no chance of photos as they were too close to point the camera at.  A couple of Yellowhammer were a bit more obliging but spent most of their time hiding behind the branches until one of them came into the open - it must be worried about appearing on crimewatch as it wouldn't show it's face! 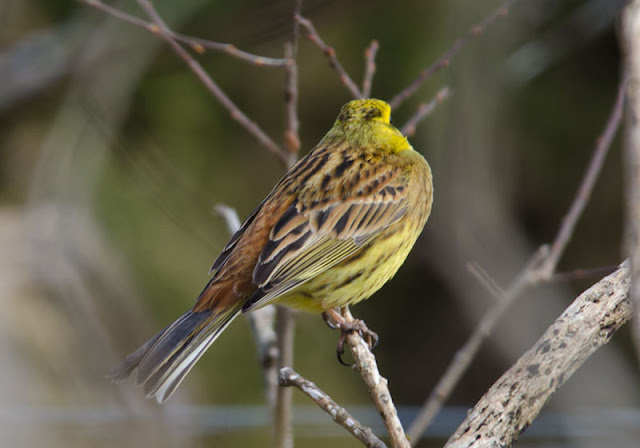 The Adders seem to have left the hibernating area now and there was no sighting of them but I did find a freshly shed skin. The Hen Harriers performed well with a bit of display going on and a Golden Eagle that was picked up in the distance did the right thing and came in for a closer view of us. 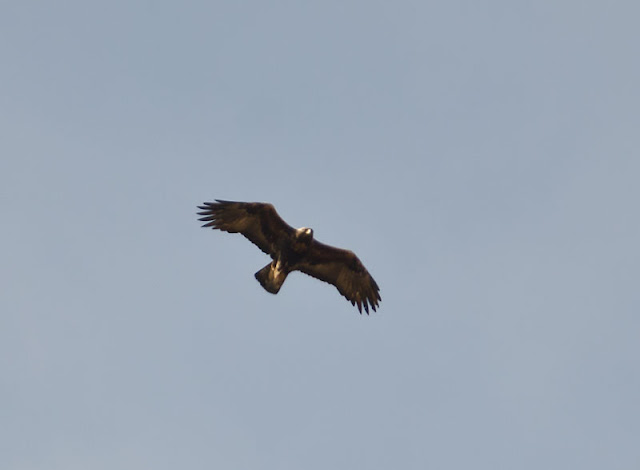 The WT Eagle on the nest was backed up by a couple of birds in flight and the roadworks were avoided by stopping for lunch while viewing an Otter.
Posted by Bryan Rains at 18:29