A little bit of a tale to tell...you do the usual wandering around looking for something to point the camera at and sometimes you find something quick and other times it can take some time. Half a day of looking had produced very little until three Otter were spotted on a rock close to the road. 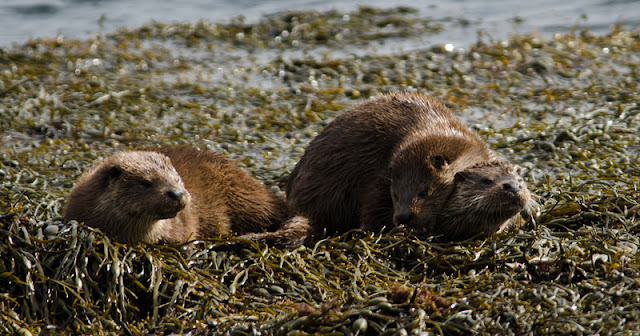 A few people stopped to have a look but the Otters were quite happy to carry on with the business at hand. I don't think there was anyone there when a young White-tailed Eagle flew over looking at the Otters. 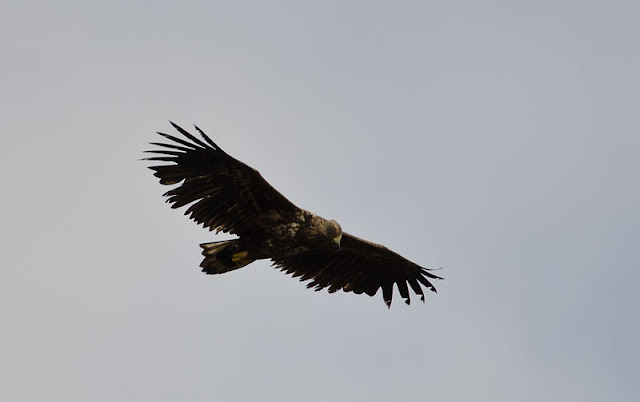 This was not that far away from the RSPB watch point for the WT Eagles Fingal and Iona - I'm sure a few people will know of them. Anyway, it wasn't too long before an adult WT Eagle came across to have a look. 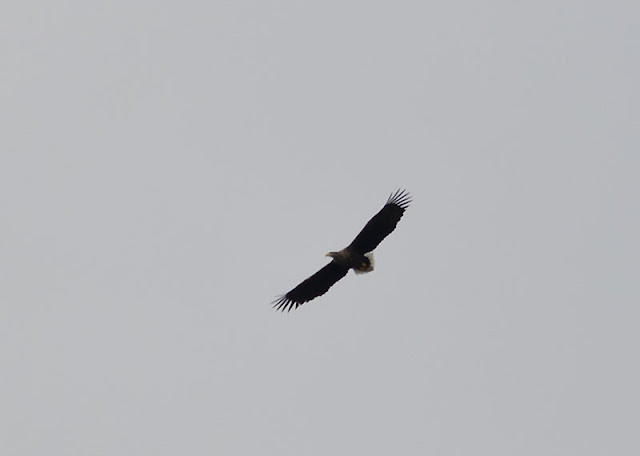 A Buzzard came out of the trees at pace being harassed by a Hooded Crow... 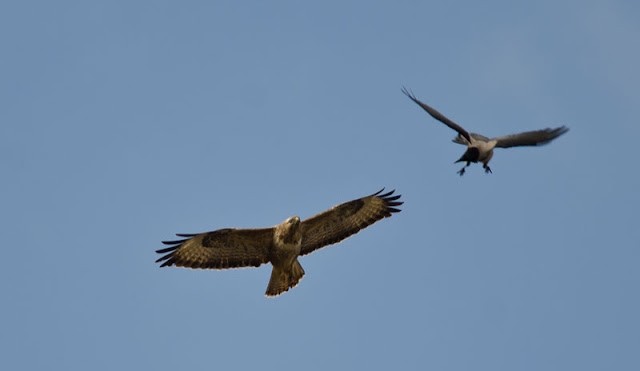 ...and the Otter decided it was time to move along. The Hooded Crows always look like they are keeping their eyes open for a bit of mischief but they will always tell you if there is something dangerous about. 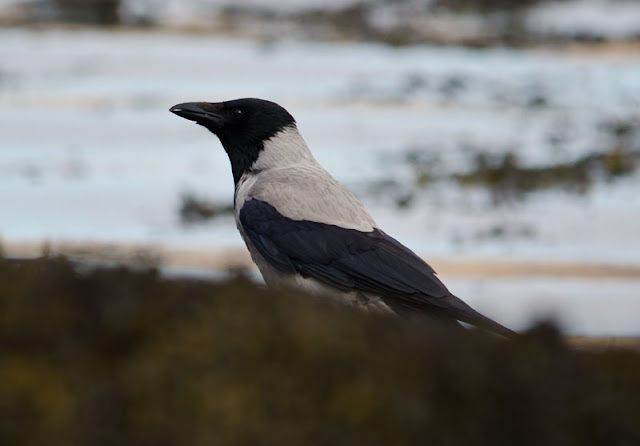 They seemed a bit edgy and it was because the young WT Eagle was perched up in a tree near the road. 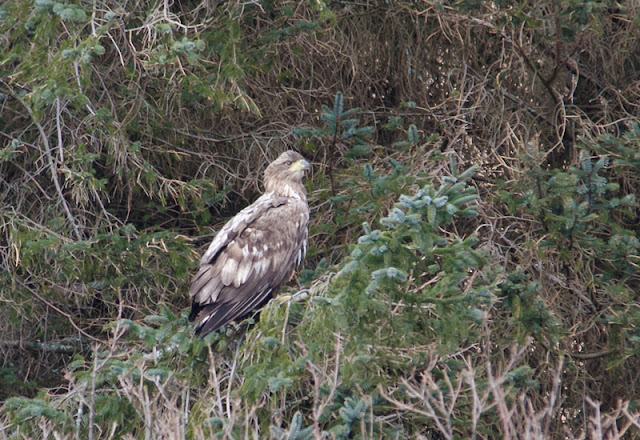 The Otters disturbed a Grey Heron from it's fishing spot... 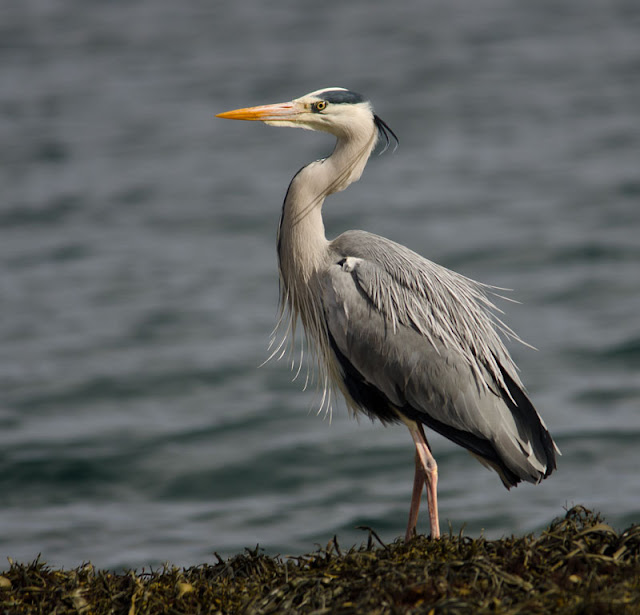 ...and the young WT Eagle took to the air again and got mobbed by a Buzzard. 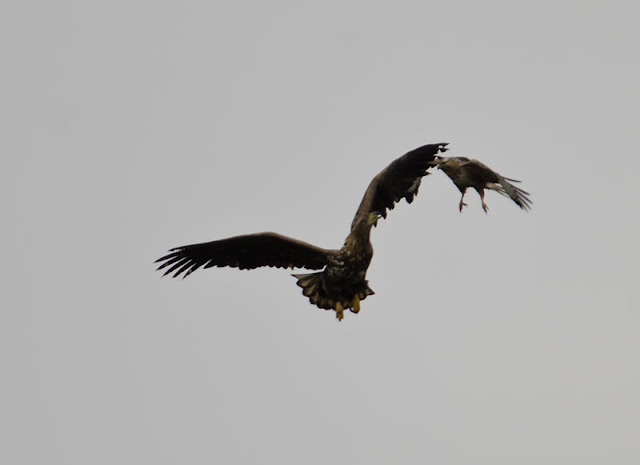 This bit of action attracted the attention of the adult WT Eagle. The youngster landed in a tree and Fingal, the adult male, landed in the same tree but just above the youngster. Fingal had let out a few calls as he came in so you could tell he wasn't best pleased with the young bird being around. About twenty minutes later Fingal must have decided he had to vent his fury as both birds exploded from the trees with the young bird giving off feeble squeaking calls, perhaps trying to placate the adult. Fingal was having none of this and the youngster had no choice but to defend itself by showing the talons. 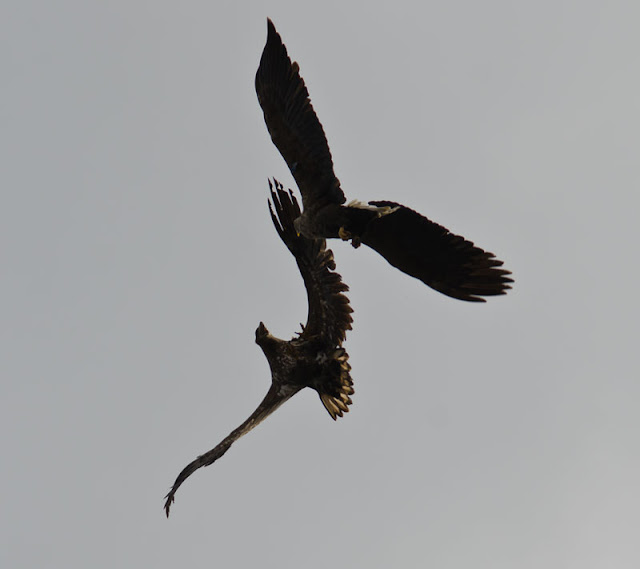 Fingal was in like a flash to lock on to the young bird and they tumbled in the sky. 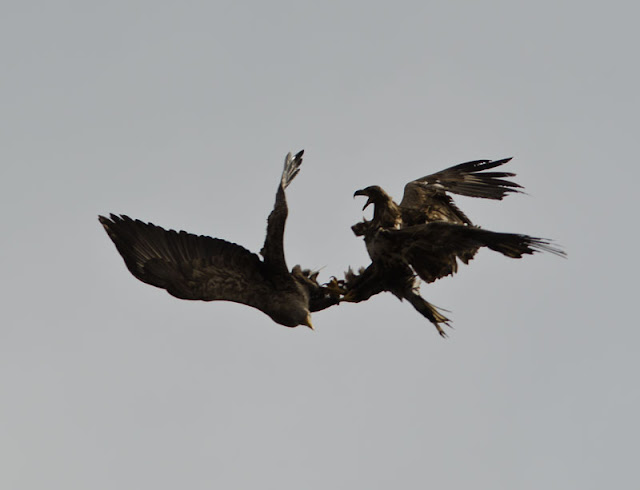 You could hear the wind rushing through the wings as they fell but they parted just as quick as they had locked - it was over in seconds. The adult bird ushered the youngster away by flying underneath it so the young bird had no choice of where to go - what an experience that was! 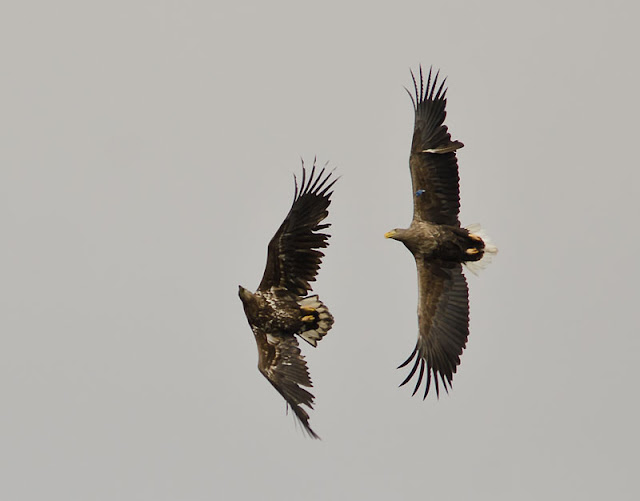 I saw these three otters too: shame I missed the eagles, really wanted to see one - but I will certainly be returning to this magical island, it's teeming with wildlife!

What an experience that must have been.

Thanks for the comments. It was a special moment!