Monday tried to show some promise with bits of sunshine pushing through the clouds but the low cloud was holding tight to the higher ground. I had a quick run out in the morning to check on the family of four Otters. The wind was blowing fairly hard, it was cold that wind, but the sun was shining down on a sheltered spot with the Otters all bundled together. They were difficult to count to start with but eventually I got a count of four - all is well! Too far away for the camera but you can see the problem of counting them. 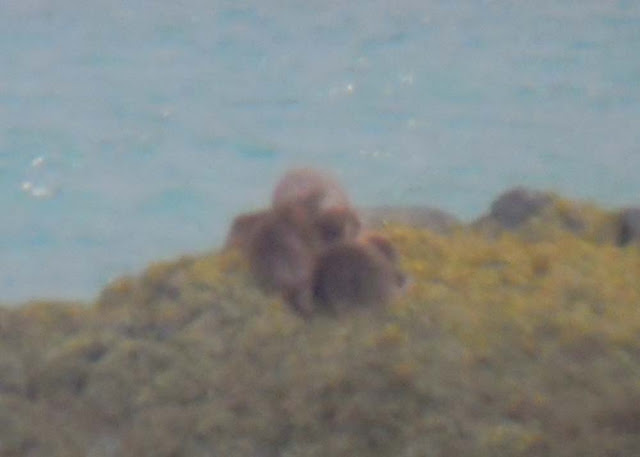 Even the Red-breasted Mergansers wouldn't come close enough for a decent shot. 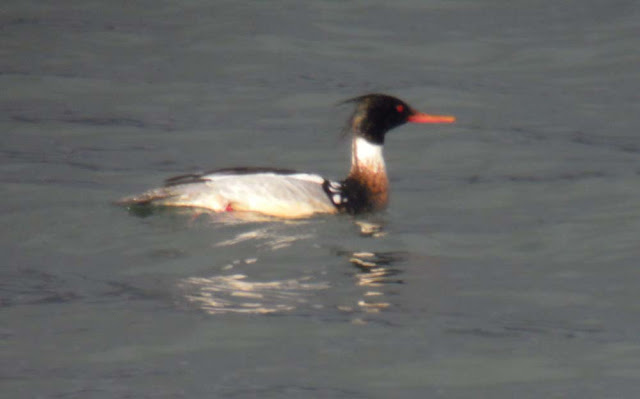 This shot of a Grey Heron shows how windy it was. 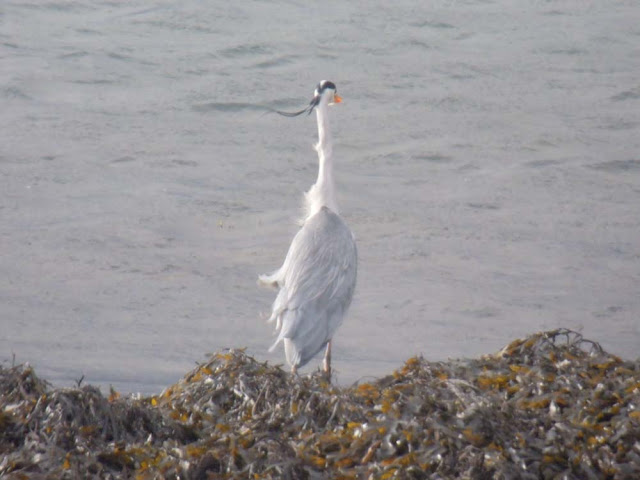 Another attempt on the RB Merg that failed miserably so I headed for home. 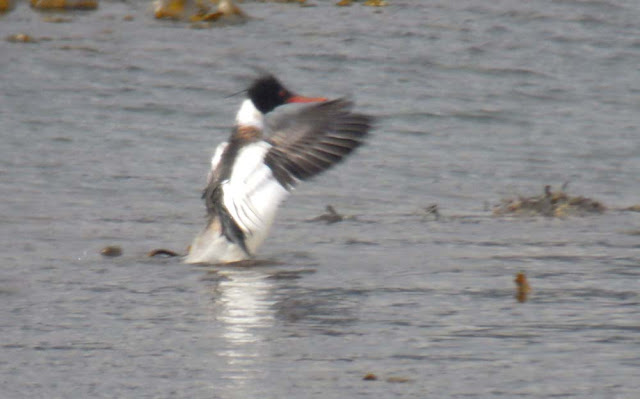 A nice rainbow appeared while I stood in the drizzling rain. Low cloud, snow on the tops, rain, sunshine what more could you want.... 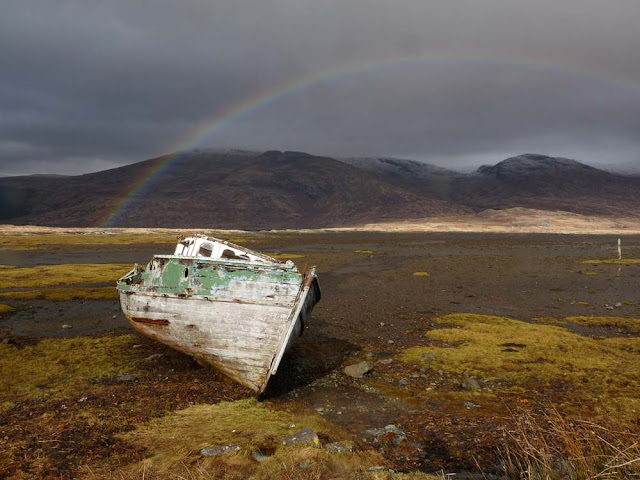 ....steam rising from the forestry? 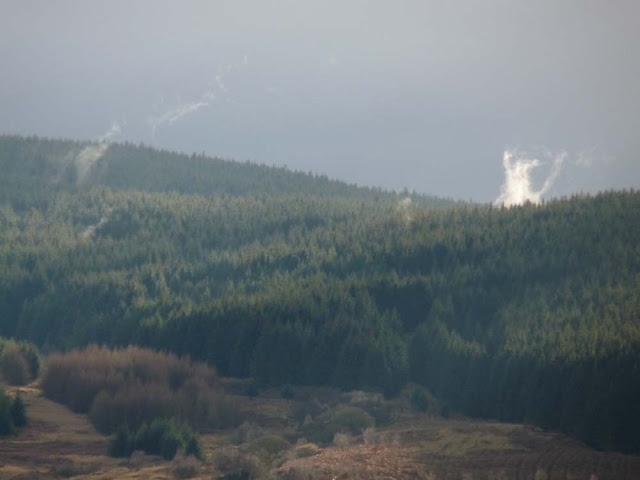 There were a couple of Golden Eagle displaying over this forestry while I was taking that shot.
Posted by Bryan Rains at 19:32

Hi Bryan, I really enjoy your blog especially as my partner and I are coming to Mull in the first week of September, staying at Uisken.

Well, I think they are brilliant photos, cos there isn't an adder to be seen {shudder}. You were very unkind to me last week with three in succession!

I do love the heron in a gale!

terrific photos, Bryan. Quite an artistic eye you had in the rainbow shot.