Friday was a bit of a poor day so no outing but I did get my first Greenfinch of the year.
Saturday we had a trip off island but not much time for birding. Despite the driving duties I still had my eyes open so a few good sightings along the way - a couple of Buzzard in a field hunting by foot, a large herd of Red deer stags and a roadside Merlin were the pick of the bunch. A couple of Black Guillemots were just too far for the camera and my first Pied Wagtail of the year stayed in a shady spot on this gloomy day. The Red Deer that we saw in the morning were still there on our return - I guess they must be getting fed - a tremendous sight though. 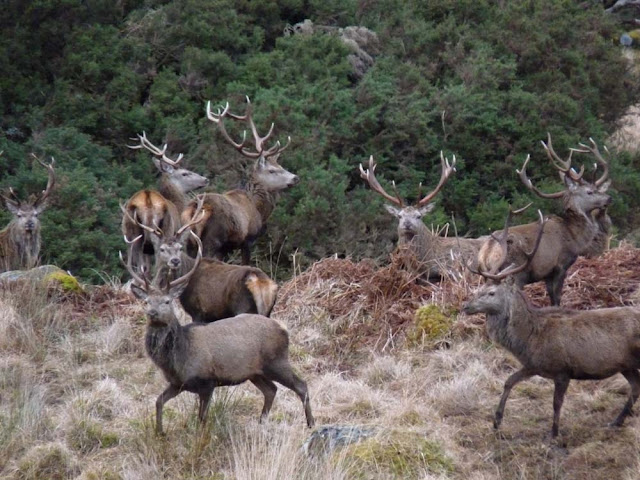 This next bird had me reaching for the camera as it flew above us and then dropped out of sight. A bit of a search soon had the bird in reach of the camera - nice! 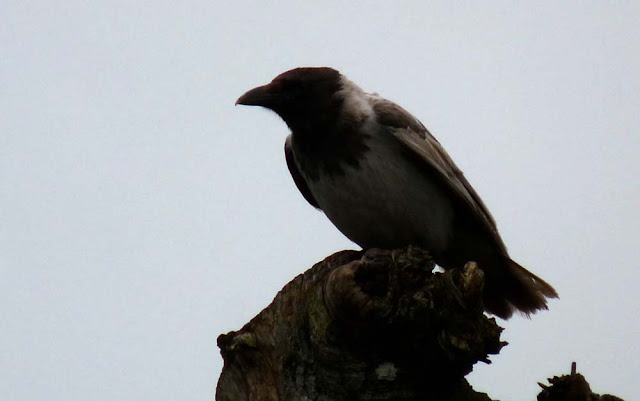 'It's just a Hooded Crow' I hear you say...not just any old Hooded Crow, this one is white! Apart from the head and is it more of an off white/grey colour? 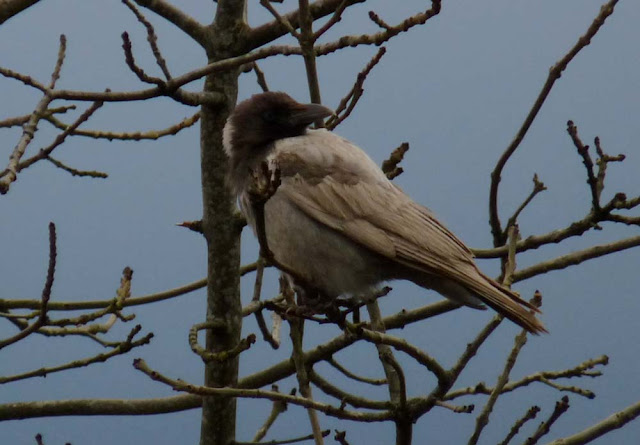 It was a lot whiter in flight though and an interesting leucistic bird - have some video too:-)
A small flock of Siskins were waiting their turn at some nearby feeders - superb views but the poor light prevents the same being said about the photos! 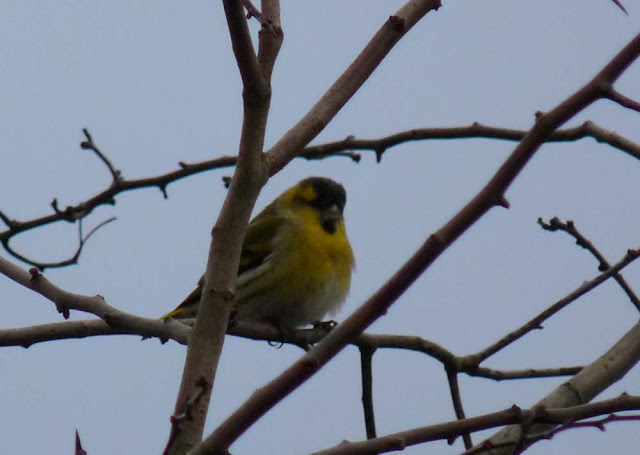 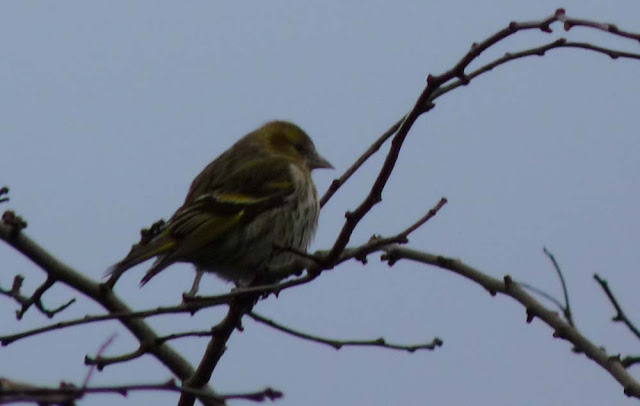