I was biding my time this morning waiting for the weather to clear a bit but the showers just wouldn't quit. After another weekend of Six Nations Rugby and social events I was itchy to get back out there. I decided to give it an hour to see how it went - boy, did it go! Three hours later I got back home!! I left in a clear spell but by the time I reached my first stop it was chucking it down again but the three Otters that were on show were a bonus. The dog Otter moved out of sight quite quickly but the mum and cub were hanging around. When I got into a good viewing position the youngster was staying out on the shore. As you can see, this is another 'new' one - still quite small and fluffy. 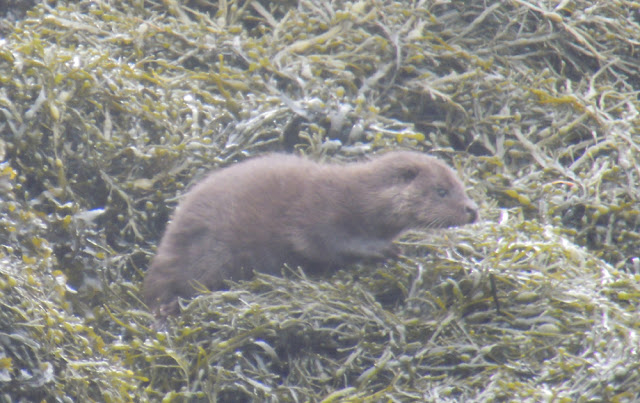 A better idea of the size when it's next to mum... 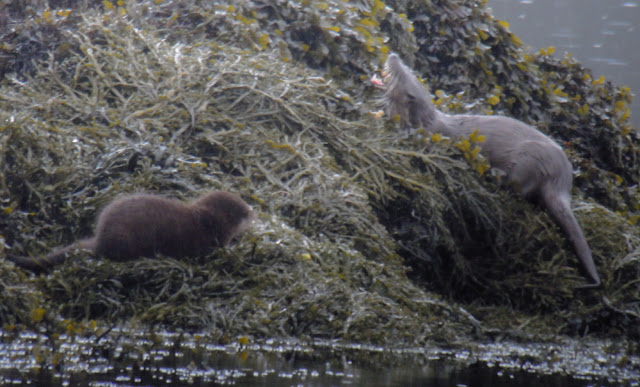 ...and the pelt still has some of that buoyancy that prevents them from getting under the water when they first appear.

Mum was surprisingly relaxed and happy to leave the cub to it's own devices as long as she could see it.

I could have stayed there for the full three hours as there was plenty of other things to watch too. Most of the Mallards were hauled out, the Teal were on the move as the male birds chaperoned the females, the Little Grebes are starting to come into Summer plumage and the Oystercatchers are, mostly, paired up.

A bit more rain dodging with RT Diver, RB Merganser and Goldeneye just taking it in their stride before I came across an adult WT Eagle waiting for the rain to stop. 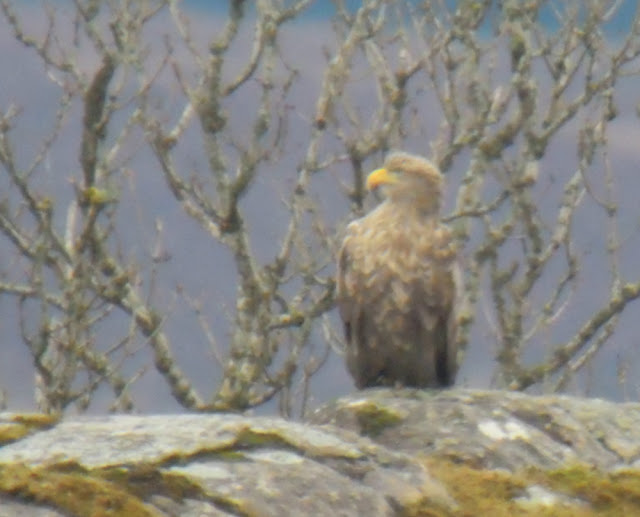 All of the Red Deer that I saw seemed to be on the alert today as they were all looking at me by the time I picked them up - none of them were close either! This Buzzard should be charging a fee for photographs - it wasn't going to move. 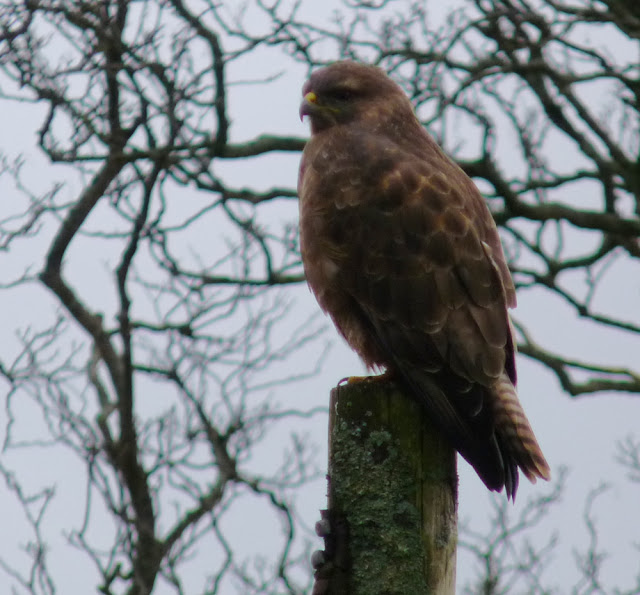 With the weather not improving at all I headed back to see if the Otters were still playing about but there is always a distraction before you get somewhere. I have no idea what this Great Northern Diver has caught but it went down in one. 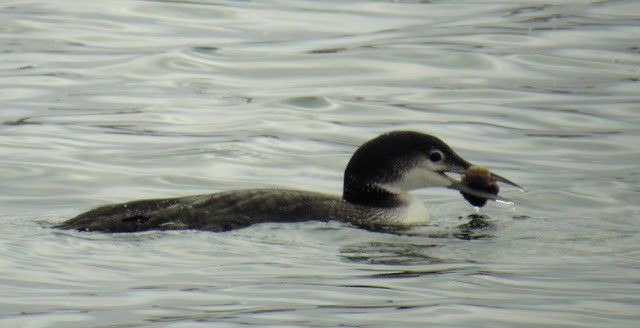 Another distraction along the way was a juvenile Golden Eagle being mobbed by a Raven and the pale Common Buzzard. The pale Buzzard almost looked good for male Hen Harrier against the dark sky but then the white tail with a dark band gets people thinking about Rough-legged Buzzard too - I love this bird:-) All three Otters were still out fishing but the skies were black but I still took another half an hour watching them.
Posted by Bryan Rains at 21:22