Wednesday was a bit breezy with a few showers and the day finished flat calm. It was too late to do anything with the day but that's the way it goes sometimes.
Thursday was not too bad as the sun came up - clear skies and not too much wind. I decided to get a couple of hours in the field before the wind and rain arrived. The small flock of Greylags were puddling about in the shallows and I managed to get a shot of the last two to leave.

I've not seen the Crossbills over the last few days so I guess they have settled down to nest - we should see some results of that at the beginning of March. We did have one Crossbill fly over this morning but it wasn't hanging about. The clouds had rolled in already and there was a hazy look to the views - best get on the road! I was lucky enough to come across an Otter pretty quickly and there was a White-tailed Eagle sitting proudly on the sky line in the same place. What to go for first! The Otter was heading towards me and the WT Eagle was looking a bit unsettled. I set up for the eagle and took a couple of snaps as the Otter hauled out in front of me before dropping out of sight. I moved to a better position and fired off a few shots - excellent.

The Otter settled down to sleep so I crept away and checked for the WT Eagle - it was gone! A scan with the bins soon picked the bird up in flight. I headed off in pursuit passing a couple of roadside Buzzards to relocate the bigger bird. I set the scope up and got one shot... 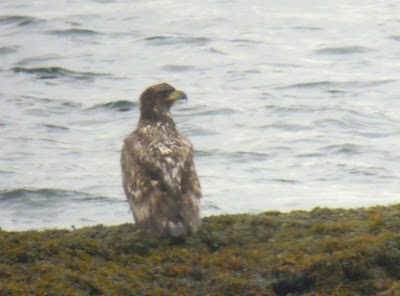 ...before the bird was off again. It was starting to get duller and there were a few spots of rain here and there so I started heading back. Nice views of a young Shag were had... 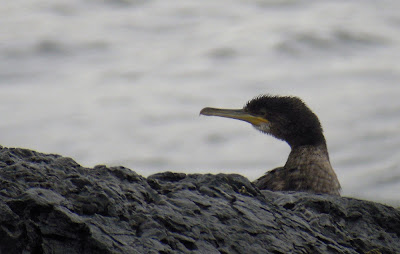 ...as I waited for this Great Northern Diver to resurface. 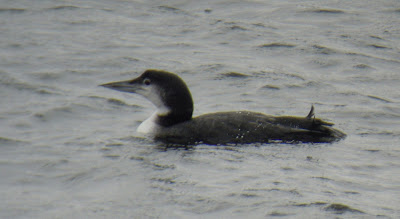 I couldn't resist the charm of this pristine Grey Heron... 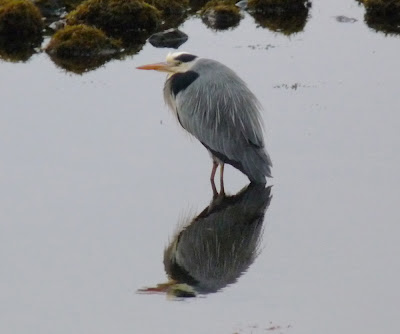 ...and then sometimes you get something completely rubbish - it's a lovely pose though. 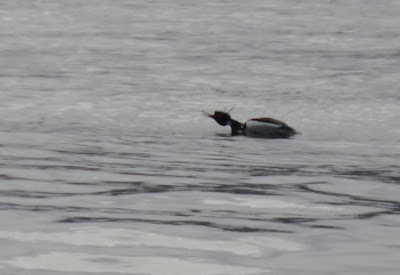 As I approached the area where I'd seen the Otter earlier I could see there was a furry beastie out in the choppy water but as I stopped the car there was another Otter on the shore - result! 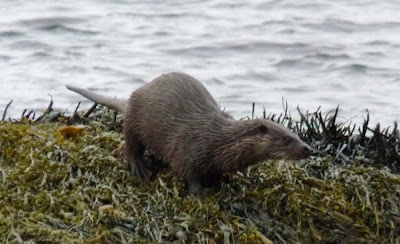 Imagine my delight when another Otter joined this one on the shore!!
A bit more footage before they moved out of sight.
The wind was starting to pick up so I made haste in getting back home but I still had to stop for this Buzzard. 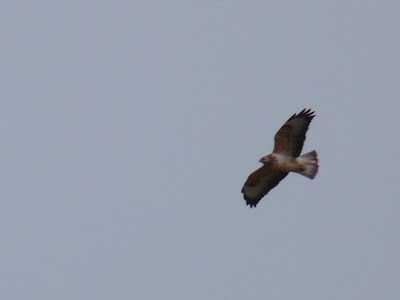 A couple from the feeders before the storm hit. One of the prettiest birds you'll ever see - Blue Tit. 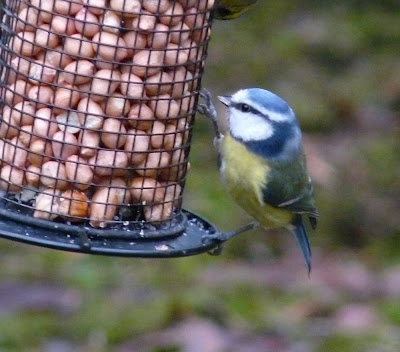 They may be small but they take no prisoners. I can watch these for hours - Siskin. 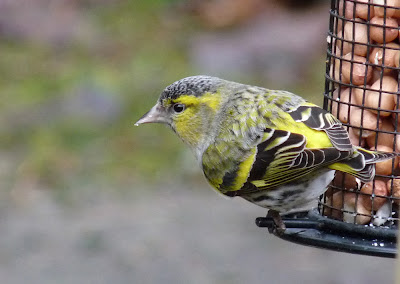 The wind is howling now. I've had to lock to doors to stop them blowing open and I watched the cattle feeder in the field next door actually in flight and heading towards the house - good job the deer fence caught that one!! It should be an interesting night.
Posted by Bryan Rains at 18:46

Crikey Bryan - I was catching up on Twitter with how blowy it was there up for you guys so I do hope all ok. Fantastic otter shots - made my day.

The wind speeds on the Willowbank website were fantastic, but your description of the cattle feeder and having to lock the doors made it real!