Another run out today in a bitingly cold wind and dull conditions. It was a proper raptor day with my first stop producing this gaudy little number. I let rip with photoshop auto settings but, with such a poor photo (it must have been about half a mile away), there was no other way - a cracking male Merlin all the same! 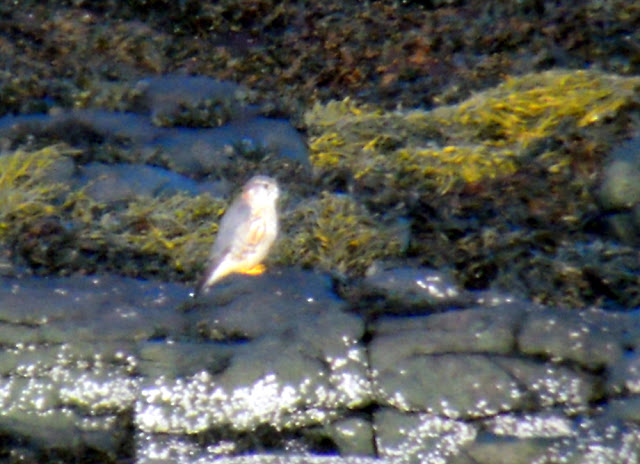 I was certainly rapt with that bird as I stood, eyes streaming with the wind, until it flew off. A Mistle Thrush landed close by and started to sing - the Stormcock really is well named. As the Merlin departed I scanned around and picked up a Golden Eagle in the distance so I headed off to attempt a better view. Unfortunately for me the bird was always heading away but good views were had through the scope and once again the photo does no justice. A Kestrel hunting the moor was a welcome sight too as they can be difficult through the Winter months. 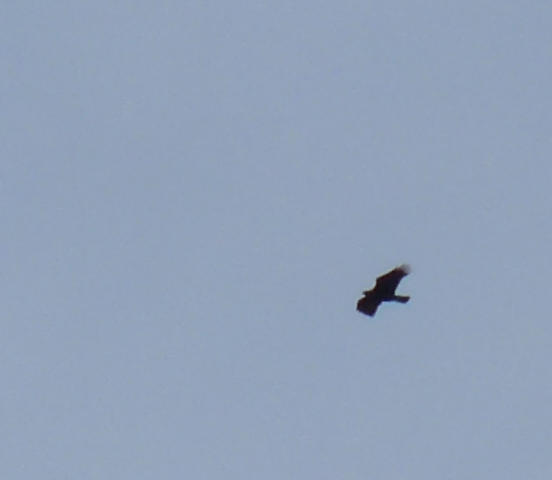 A big surprise was this Adder as the air temperature was only 1 degree and with the wind chill it must have been minus two or three where it was basking!! 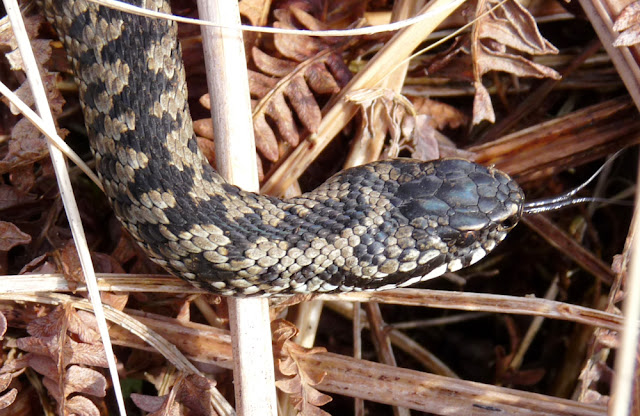 As I pulled up to my next stop I could see a Buzzard against the sky sitting on a post so I thought a silhouette might be in order. You can see this bird has had a good feed already as the crop is bulging! 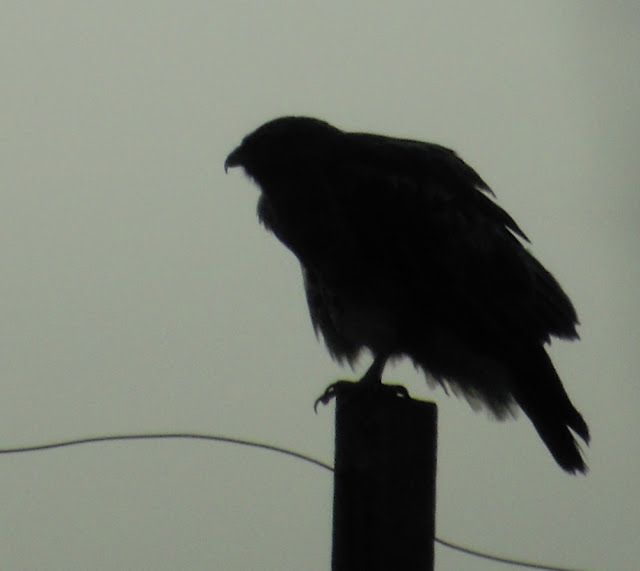 A quick look for Otters on the way back to the shop produced just the one beastie but it took up another huge chunk of time. 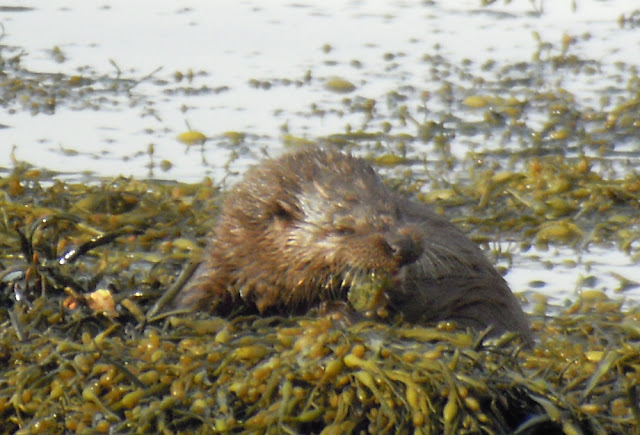 Just look at the teeth on that. 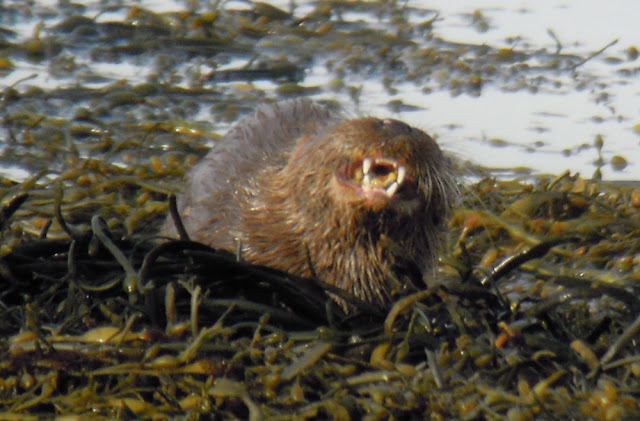 The Otter must have had a messy meal as it nosed around picking up a few scraps before a couple of Hooded Crows moved in to get the smaller pieces that were left. The Hoodies proceeded to make their way around three bird carcasses that were littering the foreshore.
'Can you find anything worth eating?'﻿ 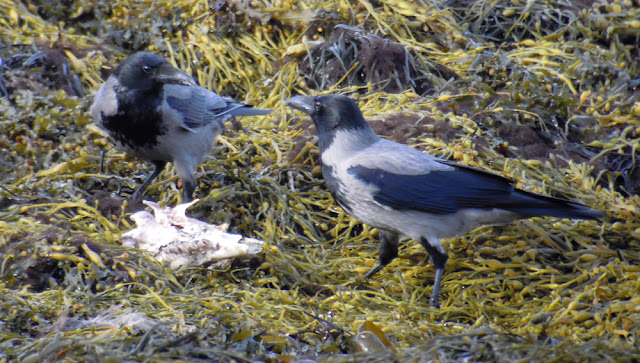 'Me neither, let's complain to the management!' 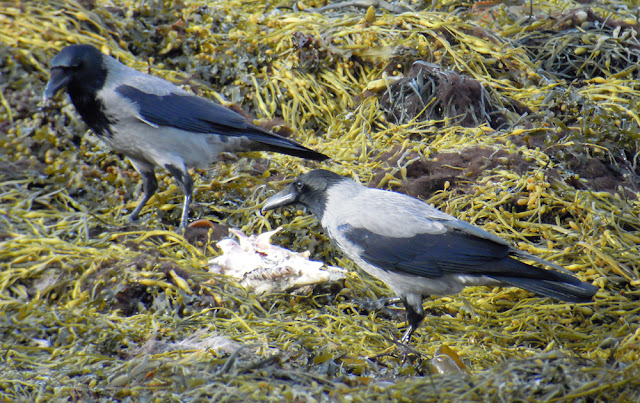 After lunch I headed back out and picked up a male Hen Harrier. It was tremendous to watch the effortless display of this bird in the strong wind. The bird was gliding into the wind, just over the vegetation, with the occasional flap and then, with a twist of the tail it would catch the wind, turning and gaining height at the same time to be pushed backwards before dropping back down and face into the wind for another foraging run. 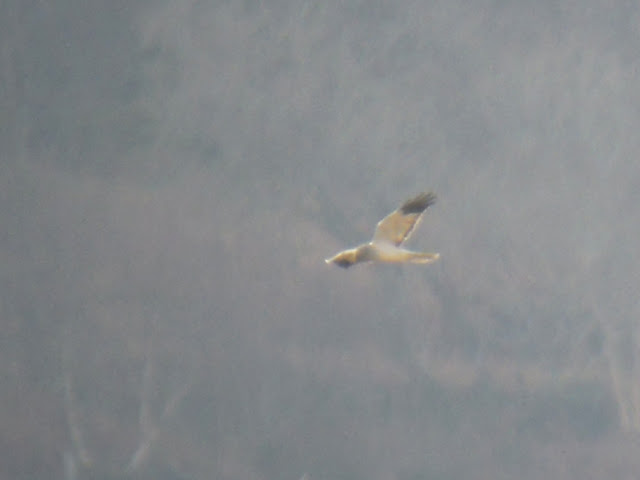 I was happy with that lot and I probably should have quit while I was ahead as the weather was starting to close in a bit. The Shelduck that I saw on Sunday had relocated to another bay and, for once, it was close enough for a photograph. 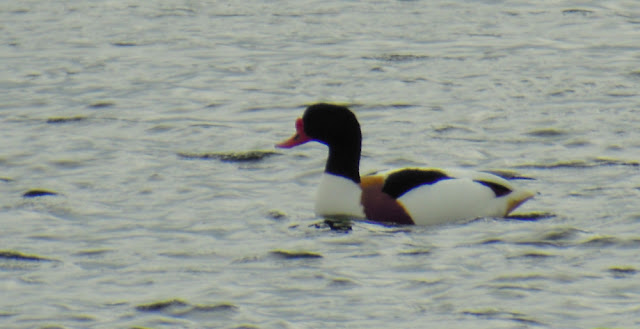 Another view of a male Hen Harrier that could have been the bird from earlier, a distant Golden Eagle and this Buzzard doing a bit of ground hunting were the only other highlights. 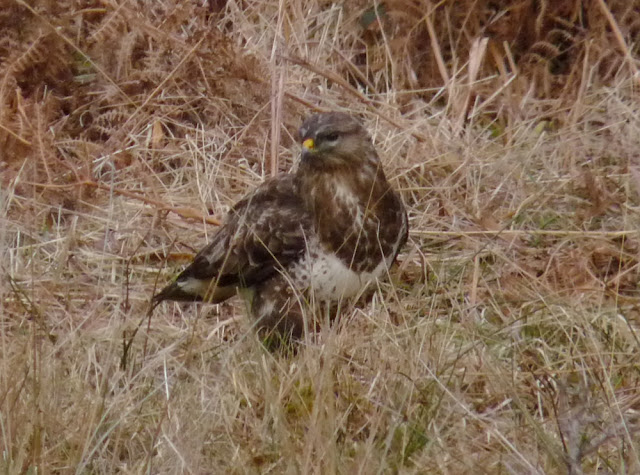 really like the male Hen Harrier,Mull seems a safe haven for them.