Friday was a day of showers but as the day ended the skies started to clear. 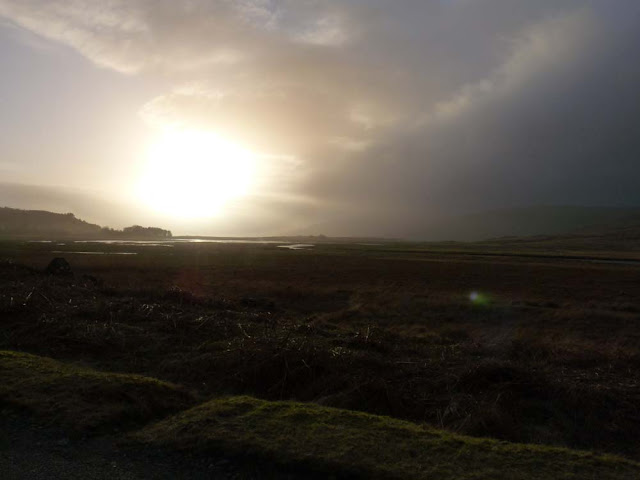 Saturday I was out on tour in perfect conditions - flat calm and sunny. A single male Crossbill paraded around just before the guests arrived but we set off in search of Otters and got a quick result. Nice close views were had of the Otter itself...

...and we also investigated one of the areas where the Otters sleep when the bracken is in full display. Good views of Common Buzzard, GN Diver, another Otter and distant views of a Golden Eagle were had before we visited the Common Seal colony. Next stop was for lunch where we saw a single Adder... 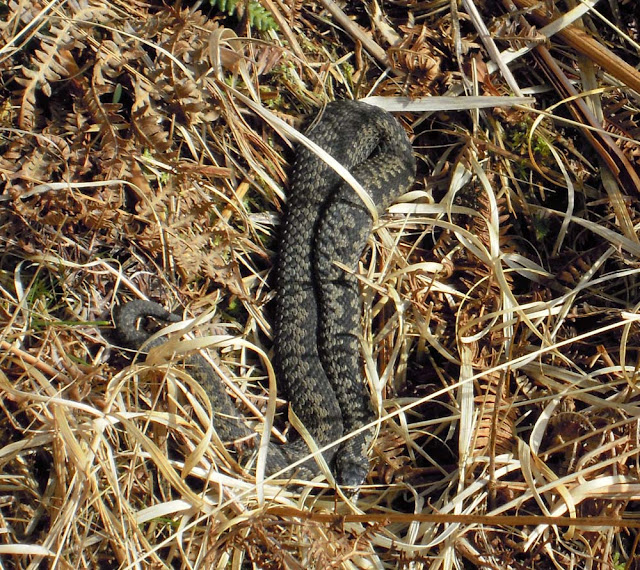 ...and another two just next to it.

A 30 strong flock of Golden Plover showed briefly as a Golden Eagle cleared the ridge for about 2 seconds. We continued with lunch and waited for something to appear. It wasn't too long a wait before two Golden Eagle were circling in the distance, they gained height and then headed towards us. A quick dash for the camera and just enough time to switch it on before the first Goldie was flying above us. 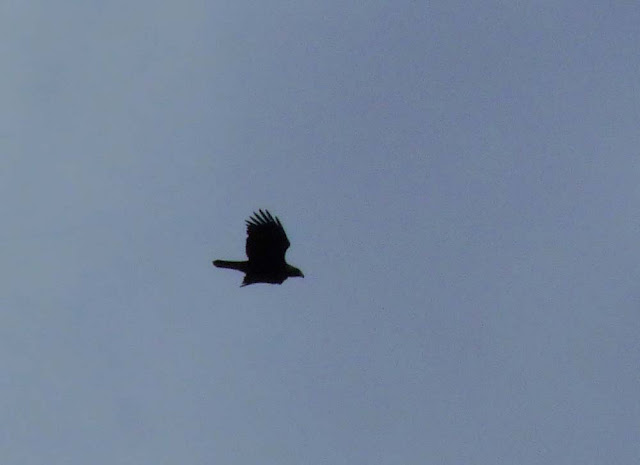 The second bird wasn't too far behind and a lot closer - absolutely awesome view! Our next stop produced two WT Eagles sitting pretty on some small island but the reappearance of the Golden Eagles was a bonus. Both birds were in flight then one bird landed and just after getting the scope set up on it the second bird came in and landed on top of the first to copulate - you don't see that every day. A bit of a drive down a rough track gave us decent views of another pair of Golden Eagle before we headed to the beach. The sea looked quite calm but the swell must have been quite big as it was crashing over the rocks.

A Buzzard perched on a post was glorious in the sunshine but as the camera came out the sun went in - still a good view though. 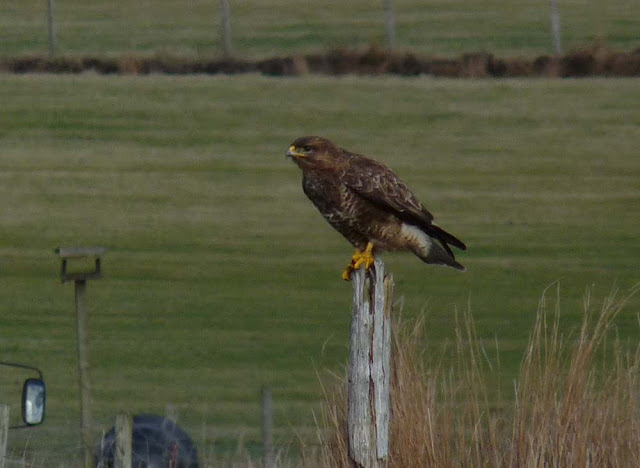 There are plenty of stories about the origin of the Mountain Hares on Mull. Some information points at two separate introductions of Hares - one from the mainland to the East side of Mull and another introduction of Irish Hares to the West of the island. Consistent cold temperatures must have some bearing on whether Mountain Hares change to a white coat in Winter much the same as you get with Stoats whereas Irish Hares don't change colour at all. I've seen Stoats in their full white coats and also patchy ones when it's not so cold a Winter. If that's all wrong then we saw a Ghost Hare on Saturday. 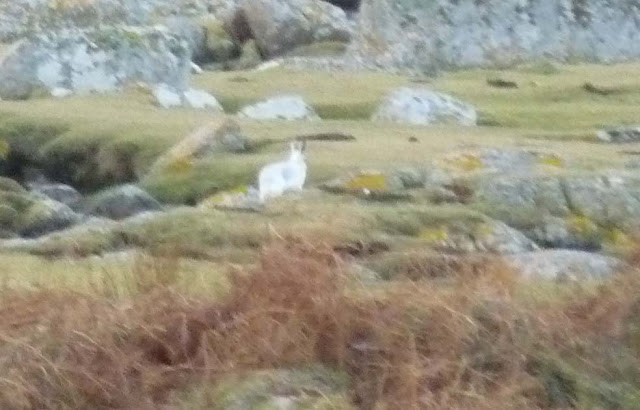 There were two other Mountain Hares in the same area that were holding more of the reddish brown colour but still sporting decent white patches and, as you can see below, a fair bit of white in the coat of this one too. 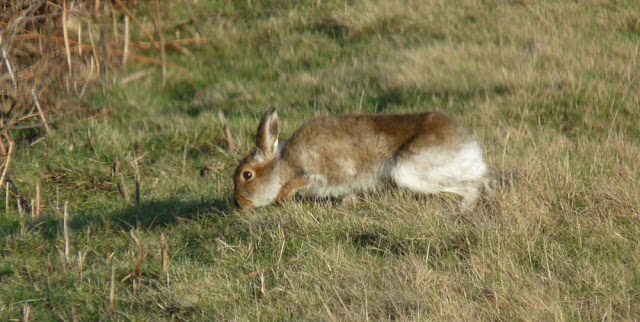 Plenty of white underneath too as this one loped off down the road. 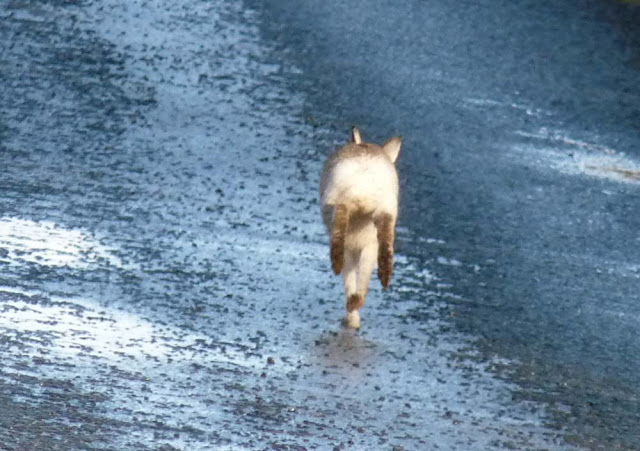 We'd seen a few Red deer through the day but no decent looking stags so it was nice to rectify that as we headed for home. 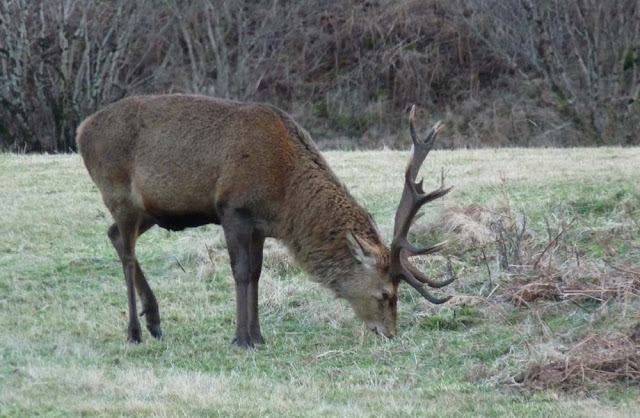 I've seen the odd pair or single Mute Swans on Mull but I've not heard of any larger groups so 9 birds together was a notable sighting to finish the day off nicely.

I'm going to be on Isle of Mull at the end of April, I hope that my pictures are as good as yours.

Hi Bryan another great set of photos,think my favourite the ones of Hares