The weather has continued to be pretty dull and showery in places. I had a really poor view of a White-tailed Eagle actually in the loch with wings pointing skywards while it was being mobbed by a group of Hoodies - great to see but shame about the weather at the time.
Thursday I was out on tour. Not the best of starts to the day but a white Mountain Hare made up for the lack of other wildlife. It didn't take too long before we had an adult WT Eagle in our sights. We followed it at speed to get better views before the bird drifted off and out of sight. A few Turnstones, Pied Wagtail and Ringed Plover added to the days tally. Next port of call should have given us Golden Eagle but we ended up with two WT Eagle instead! With the conditions quite cool in the breeze the prospect of seeing Adders didn't seem too good but after rescuing a frog from a pool on the track we set off in search of reptiles. A quick scan around for large birds of prey was fruitless but two Adders soaking up whatever heat they could find was a bonus. Next on the hit list were the Common Seals and they were hauled out in good numbers but this Pheasant stole the show as he flew in and paraded around in front of us. 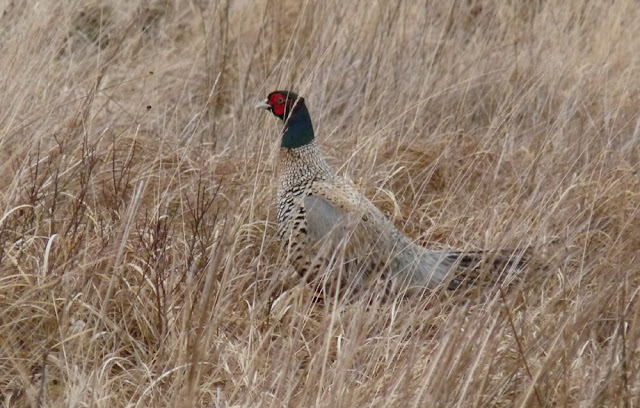 Next stop was for lunch at the side of the loch. Just as we pulled up we could see two Otters in the water - result. Cracking views were had and lunch was delayed while we watched them. The dull conditions prevented any clear shots but the views were tremendous - here is one of the two. 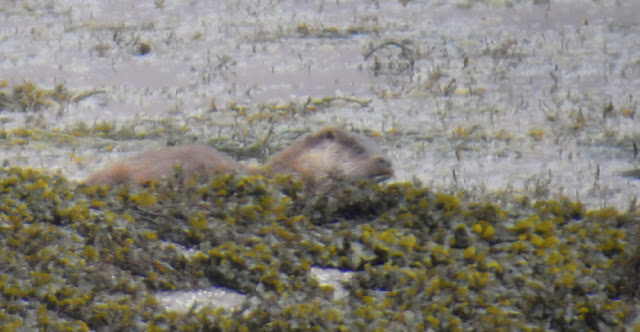 I had a scan around before setting out the lunch and picked up another Otter further along the shore so as the first two moved off and we finished lunch we picked up the third Otter on the shore.

We were understandably blown away by the views and our luck but better was to come as the resident dog Otter came swimming along too and walked over the rocks about 20 yards away! 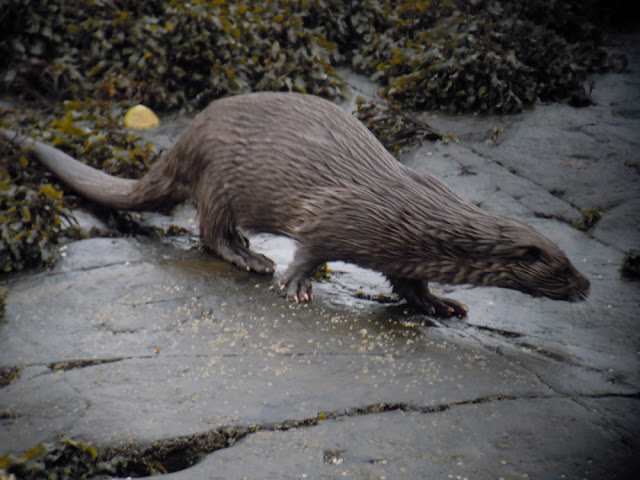 Better views of Great Northern Diver, Red-breasted Merganser and a few new species for the day were had before we picked up a small flock of Lapwing. There have been two birds wintering here so it was nice to see some new arrivals boosting the flock to twelve. 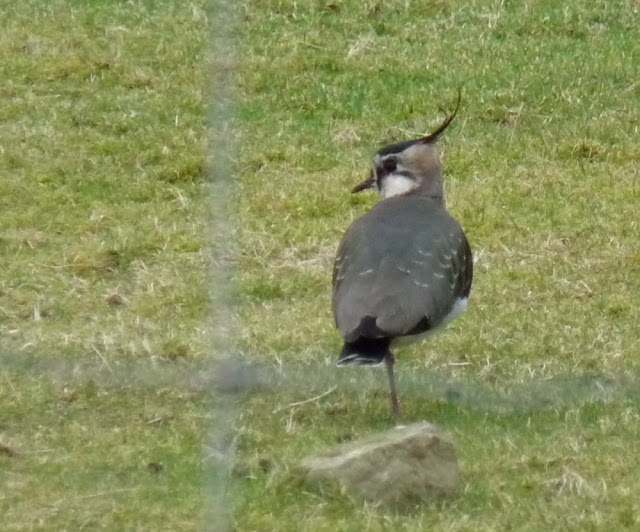 We checked out a few spots for Golden Eagle but with the low cloud covering a lot of the tops it didn't look good. We headed for an area that looked good and gave it some time. A very distant Golden Eagle that was just hanging in the wind and not really showing any good profiles was not good enough. The odd Raven or Hooded Crow appearing over the ridge caused brief excitement but it wasn't what we were after. The longer you wait the more restless you get, wondering if it's worth the effort but patience will pay off eventually - we got our reward. Everyone got a good view of this single bird as it played hard to get dropping behind the bits of landscape in our way. We moved to a different position to get closer views. We now had two birds in view flying low to the ground and showing very well. Once again the photograph doesn't do it justice but what a way to finish! 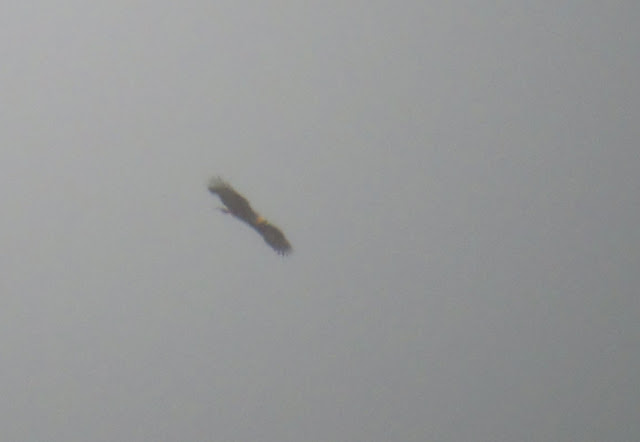