I've been keeping my eye open for the pale Common Buzzard to get a few snaps so you can see what all the fuss is about. To be honest there was very little to look at anywhere on another cold, breezy and dull day. What I needed to do was get turned around so I could get out and use the motor for a bit of shelter. There were plenty of people out though - f-stop and PS were passed on the road, Postie and Ferry Lady were watching an Otter so we chatted for 20 minutes then had a look at the Otter they'd been watching, BB and BA were watching another Otter just round the corner. Just at my turning point a pair of Ravens were perched up leaning into the wind. 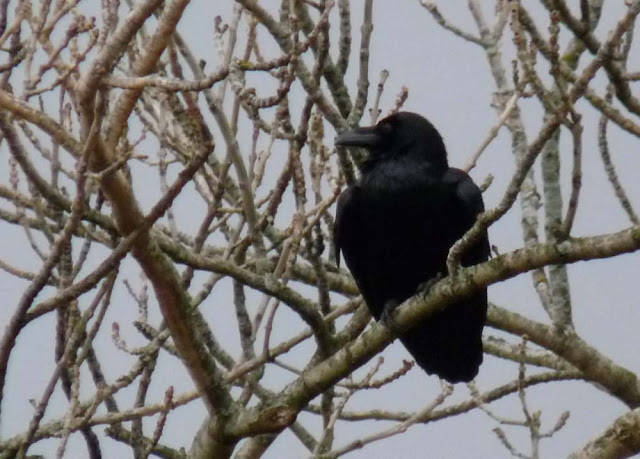 I missed the open wings but you can see this one is enjoying the breeze in the armpits! 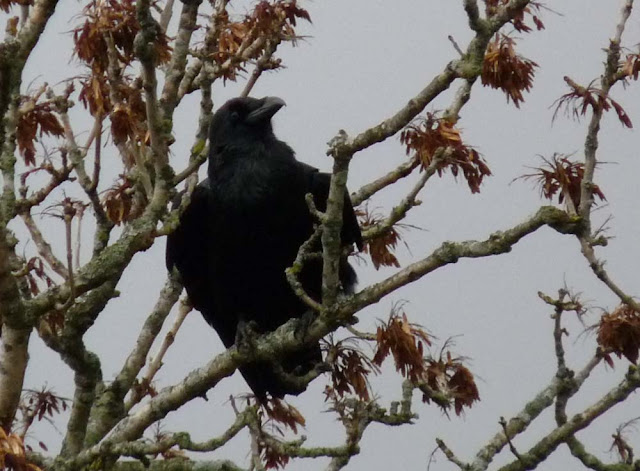 What about the pale Buzzard then...it was flying about with it's mate when we came back down the road. Getting a photo was something else though but here we go...if you get a view of the top of this birds tail it's white with a dark band on the tail just like a Rough-legged Buzzard but the view from below is like this. 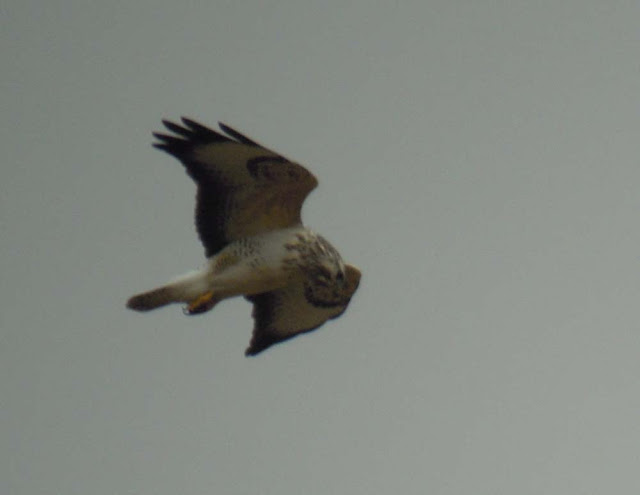 The buff underwing and dark carpal patches look quite good but the dark trailing edge to wing is too extreme and the obvious pale body rules out the rarer bird... 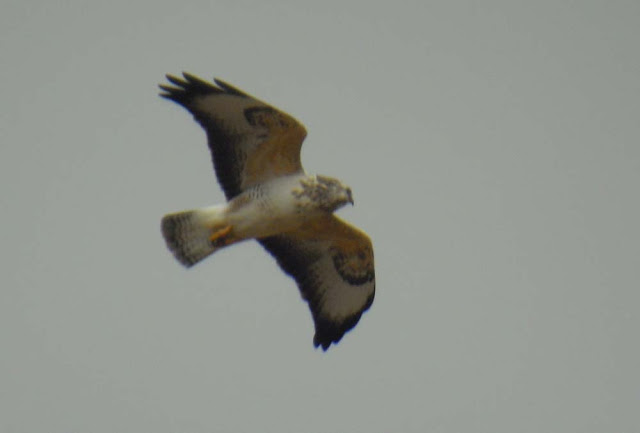 ...stunning bird though. Thanks to the wind the bird stayed in one position long enough for me to find it in the scope, get the camera, check the settings and then take a snap! You may be wondering what it looks like when it's not flying...here's one I took earlier. 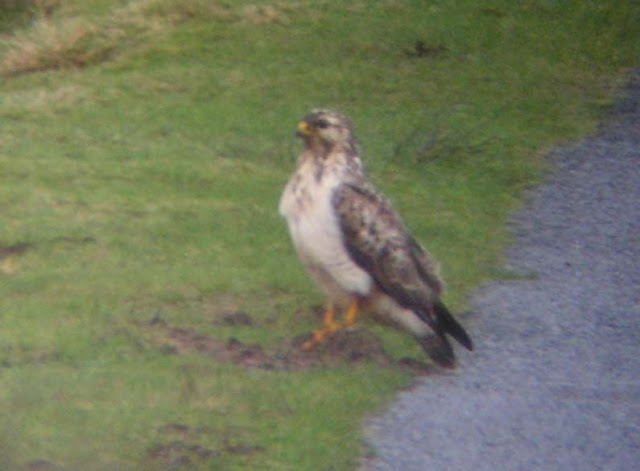 Shop Lady was trying to get me onto a Golden Eagle while I was taking those photos but I managed to miss that!
Posted by Bryan Rains at 21:39

Hi Bryan great photos,we have almost identical one in North Dorset and first time I see it was a long way in the distance sat in tree thought it must be a Barn Owl except for size but as I got closer could be sure it was a Buzzard and have seen it several times since both sat on posts and flying close overhead.

That really is at the pale end of the spectrum. Good stuff.