Well, a bit of a change to the design but the content won't change much - plenty of wildlife! Here we go...
Wednesday was a bit calmer than the previous day but there was still a bit of cloud cover. I didn't have much time so I didn't go too far. Find a spot, park up and wait. Plenty of waiting went on so I tested the camera settings on this Grey Heron. 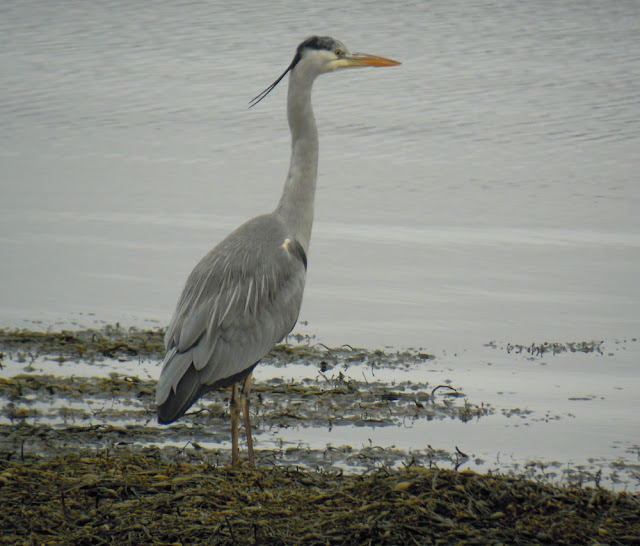 There is always something to look at or listen to so the distant Golden Eagle took up 15 minutes or so as it circled higher and higher until it disappeared into the low cloud, a Crossbill was singing in the forestry behind me but I couldn't pick it up, scanning the loch produced a number of RB Merg, 9 GN Diver, 1 RT Diver and a single Common Guillemot. Pure bliss. I'd been keeping an eye on a couple of Shag that were fishing the shallows, they didn't stay up for too long and were creating a lot of ripples on the water so I missed the approach of two Otters. The Otters were catching fish on almost every dive but it was all small stuff. This one looks like it's got a Pipefish.... 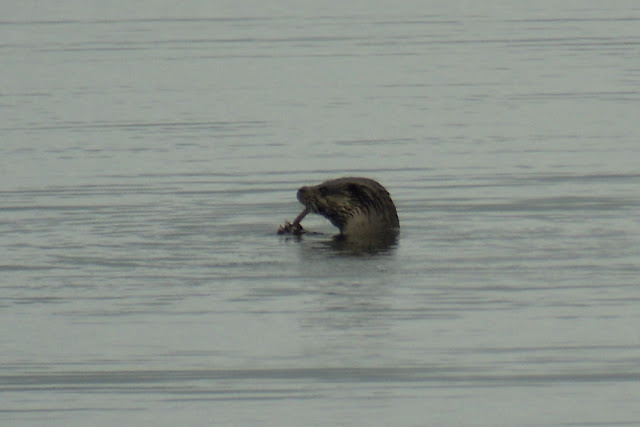 ...and the other one is doing the same thing. You can see how the Otter holds onto the fish just to give it a bit of guidance into the trap! 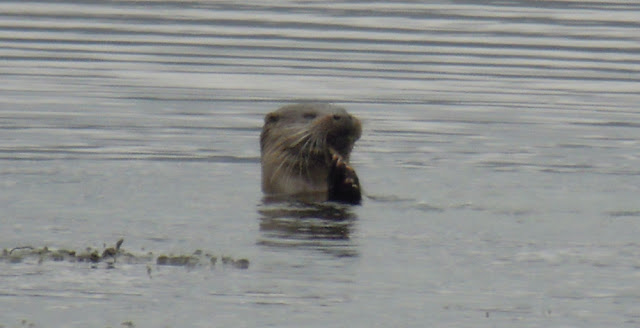 Not too sure of the relationship of these two as they both look of similar size and certainly adult sized. It could be two cubs that have come to that time in their life when they have to move on. I'll keep my eyes peeled and see if there is anything more to add.

The weather was starting to close in again but nothing more serious than a bit of drizzle. A small group of Red Deer stags that I see around the house were loafing on the moor. Nothing doing here... 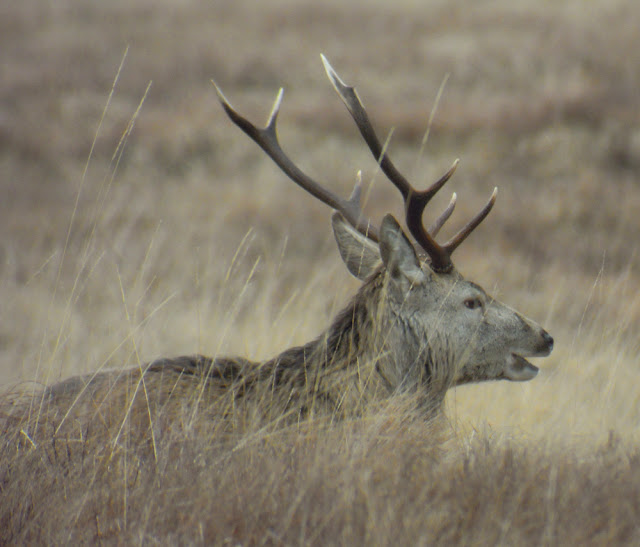 ...until one of them gets shirty! 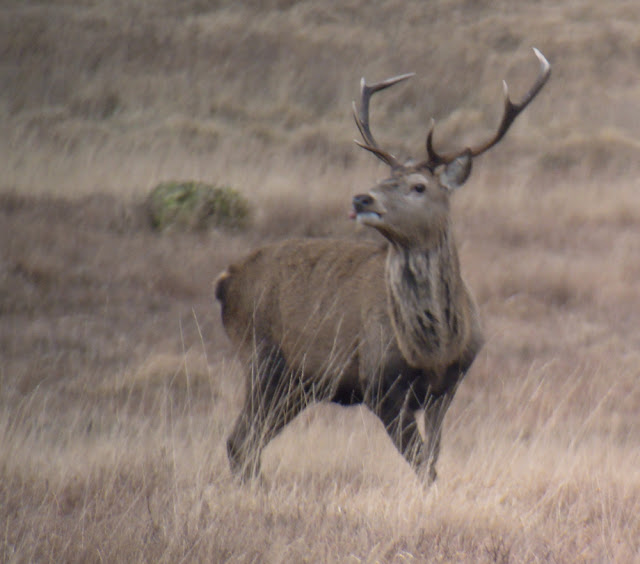 There must be few hormones still kicking around but they are handsome, proud beasts. 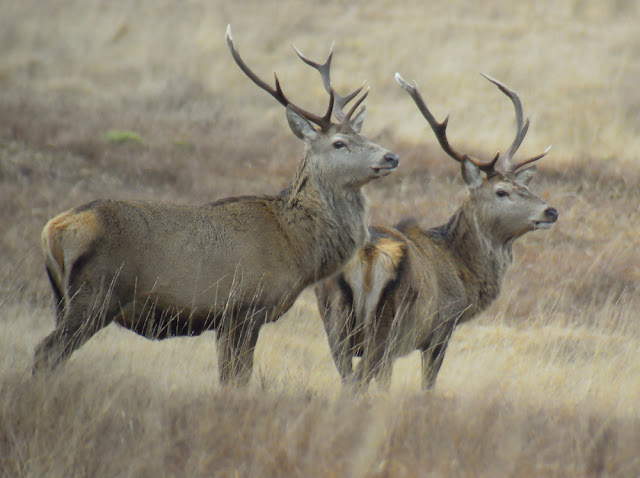 Thursday was a bit of a surprise as we woke up to find the skies were blue and there was very little wind. Some serious de-icing of the car (start it up, heat on full blast and wait for 10 minutes) before we could head off. I was curious to see if the Adders would brave the icy conditions but once again it was warm where they were. 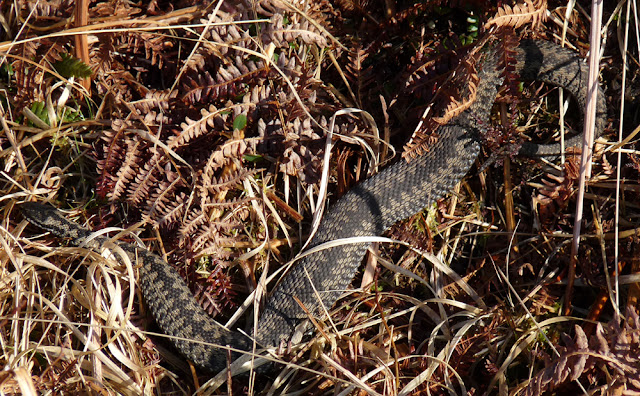 I did say 'they' as there were two today. 'Never put your hands on the ground without looking first' when these beasts are around - good advice - this second one was no more than a foot away and right where you would put your hand for a bit of balance. 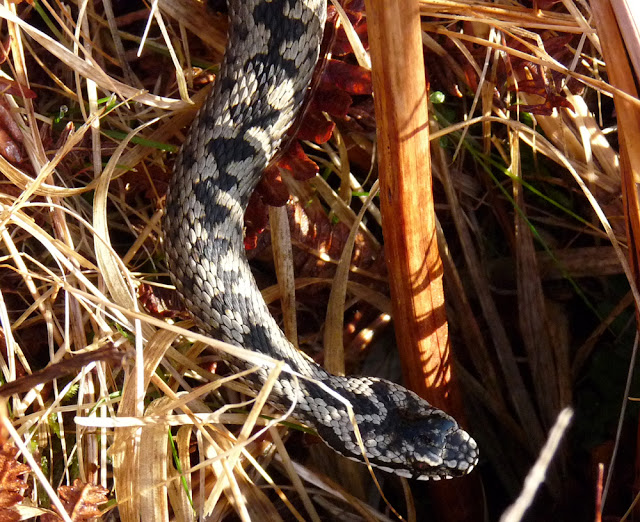 Just to show how cold it was, not ten yards away this fresh frog spawn was resting on the edge of the frozen pool. 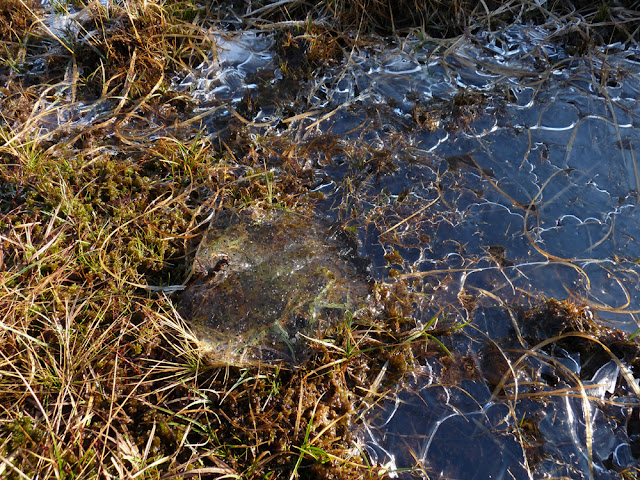 A real welcome sight for the day was my first Stonechat of the year. 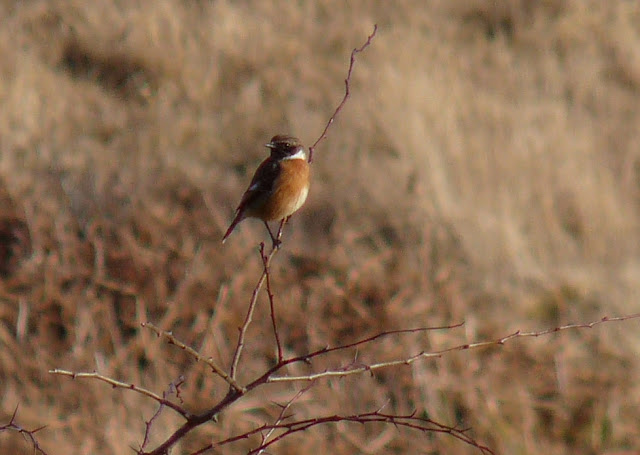 A displaying pair of Golden Eagle seemed to cruise around the boundaries of their territory without getting close to me as they took the high road over me! Six Bullfinches gave me a nice fly past before another scaled beast caught my eye. This time it was a Common Lizard. You can see how much it's spreading out to get as much heat as possible. 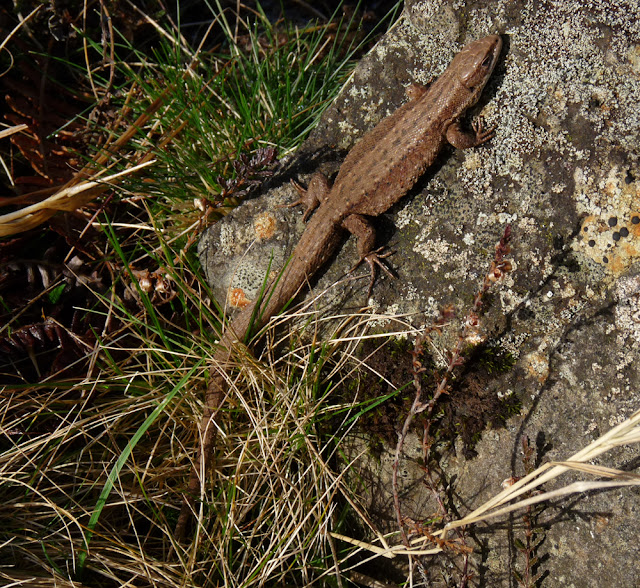 An even better view of the spread from this angle. A cracking run out though. 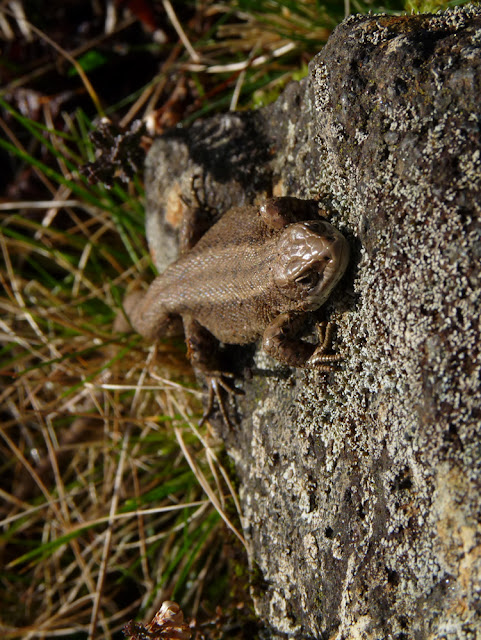 Bryans Brilliant Blog just got even more brilliant! Very proffesional and just makes me want....no, NEED to be there again!!

Hi Bryan,really good envious of how many Otters you see and wonder if you see them between shop and up the side of Loch Na Kael upto the turn for Salen.

Like the new format a lot, am back for a week at the end of March and will be in touch later to book a tour. Hoping for better weather than my last tour when it NEVER stopped raining

Thanks for the comments folks. It was time for a change!

Den - the Otters are all round the coast. I guess I'm just lucky.

John - where are you? Keep trying, mate. You'll get a comment on here eventually. Thanks for the comments in the email though.

Thanks Bryan you are very modest as you must certainly be what I think the Islanders call a good spotter.