The heat is on.

Wednesday was another wet one but Thursday was an absolute stunner - check that view!! 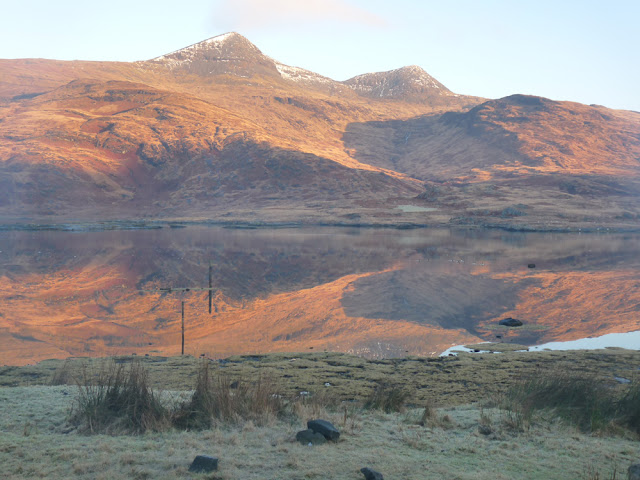 With the clear skies you will get a frost at this time of year so the frosty windows on the motor were no surprise but I was surprised to find the doors frozen shut! Stunning views, no traffic noise and just the Siskin flock buzzing, Chaffinch pinking, Curlews bubbling and the Greylags cackling to listen to.

The temperature was rising rapidly which made steam clouds gather over the forestry - very atmospheric. First port of call was a search for Adders. You might think that 2 degrees of air temperature might be too cold but the temperature near the ground in the sunny spots must have been about 5 degrees warmer. Needless to say, there was an Adder making the most of this heat. 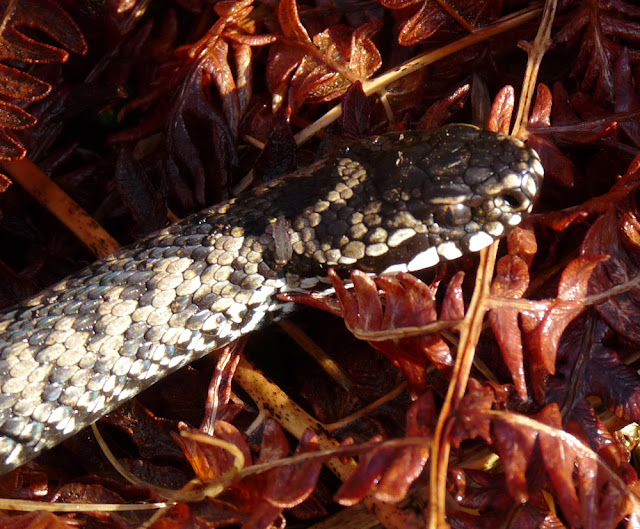 I'll keep an eye on these to see how many survived the hard winter this time but one is enough for now. At my next stop I could see a WT Eagle sitting on a rock but I had a look around on the sea first. Good numbers of GN Diver, a few seal heads sticking up and a single Black Guillemot. The Black guillemot was a bit too far out for photos but it was worth having a go. 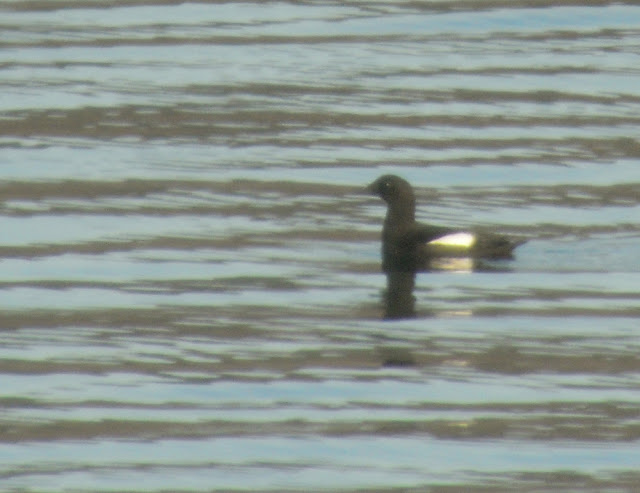 Just as I was taking the last couple of shots of that bird the WT Eagle came flying past. A lovely view but not for the camera. A good sign of the rising temperature was this sunbathing Grey Heron - it's only halfway to warm so it's only half a sunbathe! 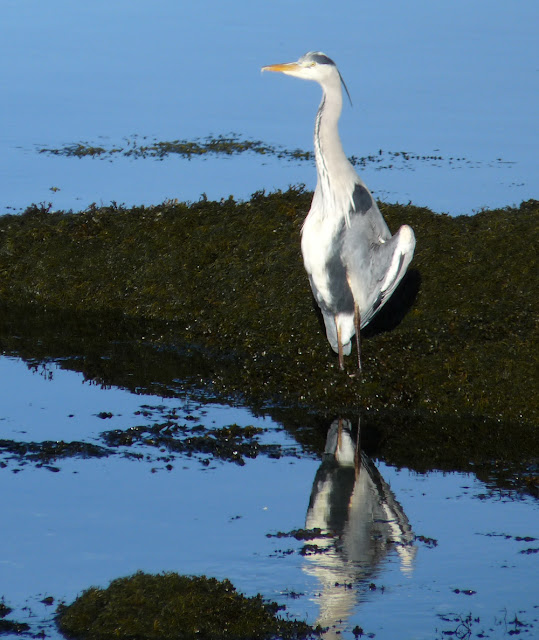 A single Crossbill was singing from the top of a conifer while I was watching the Otters so I had to have a go at that too - I shouldn't have bothered. 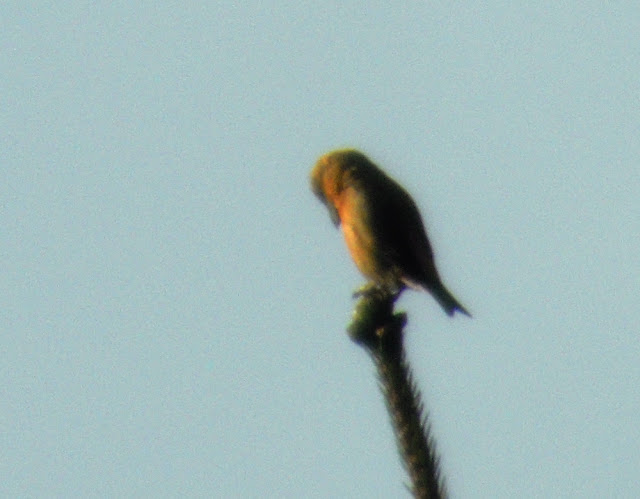 Time flies when you are enjoying yourself so I had a quick stop for lunch before going in search of some Golden Eagles. A scan round with the binoculars gave me nothing but a  scan round with the scope picked up a cloud of corvids rising from a distant hillside as a juvenile White-tailed Eagle flew over the top of them. As this bird was disappearing another bird cleared the ridge but this time it was a juvenile Golden Eagle. It's all good stuff but a bit distant and as far as photographs go, the moon was closer!! 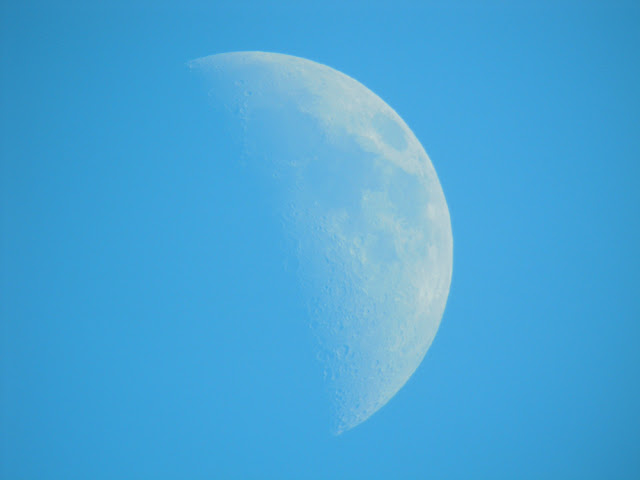 While I was waiting for something a bit closer I walked along the road and found two, presumably, Golden Eagle pellets beside each other. Is it one bird coughing up two pellets, one after the other, or is it a frequent spot? At no more than a foot from the road it was an unusual find. 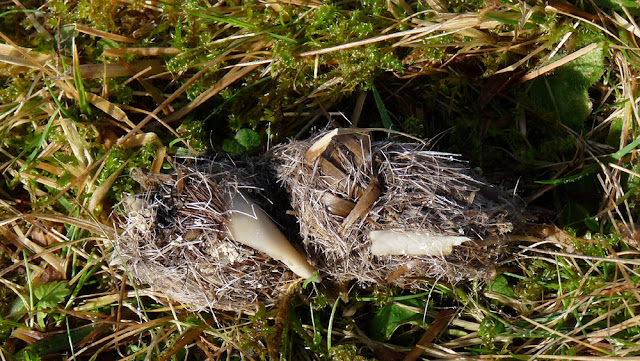 I did get some stunning views of the Golden Eagles after about an hour as they cruised the ridge, the light catching the under wing as they banked over and then they were off. A trip to Tobermory in the dark was quite productive with a few Woodcock seen and cracking views of a Barn Owl too.
Posted by Bryan Rains at 11:16