Monday was an absolute peach of a day with some cracking sightings too. As usual the views were just breathtaking and the wildlife was out there enjoying it too. A couple of Great Northern Divers were in the throes of pairing up with a lot of calling and chasing about going on which put the wind up the Otters that were cruising the shallows.

I headed off to another location for a bit of a walk to see if there were any Primroses showing yet. The short answer is.....no but it can't be long now. A group of five Mistle Thrush were nice to see as were the two Fieldfare that flew from the same location. Bullfinches seemed to be out in force but the best I got was a couple of birds through deep cover. As I rounded a corner an enormous bird was heading towards me, my jaw dropped, nothing moved but the bird, the sound of the wind through it's wings was awesome. I could see the bird casting an eye over me as it approached and I hadn't lifted the bins or took the lens cap off the camera yet!! COME ON - MOVE!!!! I got there eventually with a bum shot. 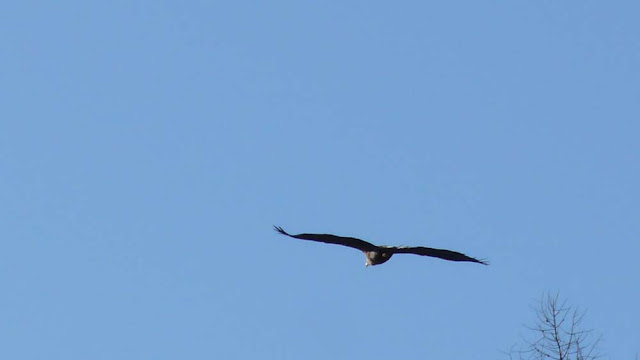 I watched that bird disappear and as I turned around, shaking my head, hardly able to believe the encounter I'd just had, I looked upwards and there was another bird using the same flight path!! 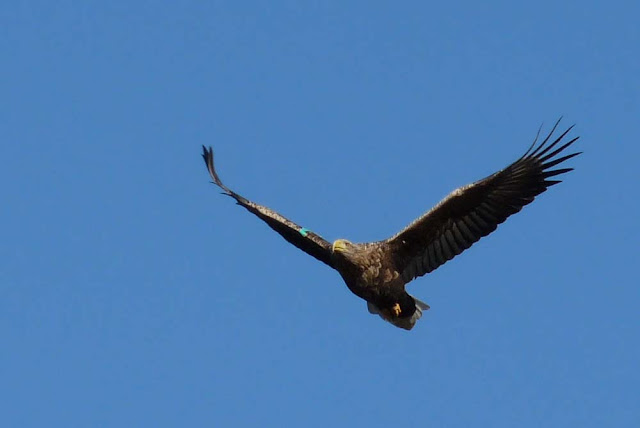 Grinning like a fool I headed back to the Otter with a brief stop to watch some RB Mergs while I calmed down! The Otters were still in the same area so here we go...a bit of video...
...all that swimming about makes you itchy - must be barnacles. 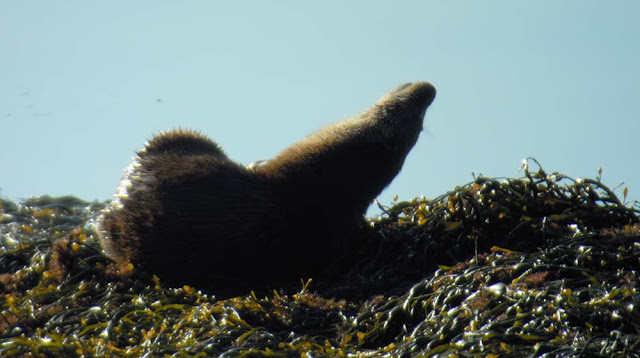 I watched them until they curled up together and went to sleep. As things seemed to be out and about I thought a trip to get Golden Eagle would finish the day of nicely. A Kestrel and a couple of Ravens were the best I could manage. After a good hour I packed the scope away and climbed into the car, started the engine, one last look up and there was a Golden Eagle just coming over the ridge. Out of the car, out with the scope and enjoy the views. Last years juvenile joined in with the soaring so I attempted a bit of digiscoping to show the colour the adult has when seen in good light... 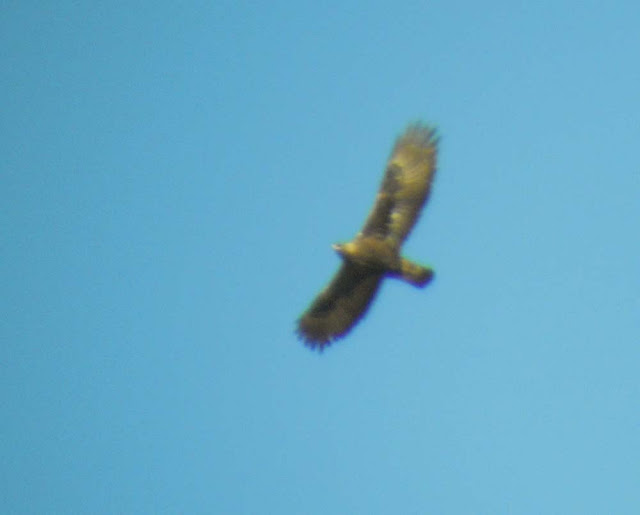 ...and the extent of white that you see on a first year bird. 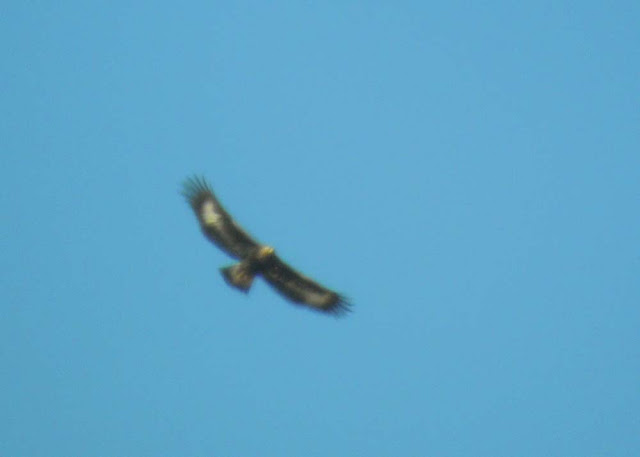 Way too far for good shots but the markings show up well enough.
Posted by Bryan Rains at 20:47

WOW!!!! What a truly fantastic shot - I reckon he was eying you up for lunch!!!

Top photos Brian, even leaving space for eagle to fly into.

Just about best ever Bryan what a day.

Very nice blog and pictures! I will keep my eye on it from time to time.

Postie - got there at last!

Kah-Wai Lin - I'm keeping an eye on the blog. Always nice to see what's happening elsewhere in the world.