Thursday was a constant rain day - not the best but it didn't dampen our spirits. We checked the Curlew nest and I saw one of the chicks clambering back under the adult and they were gone a couple of hours later. They will spend their time in cover for a couple of weeks before I see them again. A Short-eared Owl was sat on a post in the rain and we got cracking views in the scope. 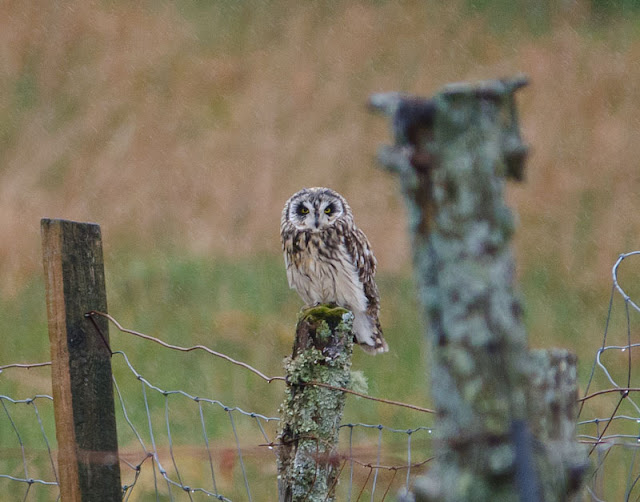 Both of the adult WT Eagles were at the nest and we even got one of the birds in flight! Next up was a stunning view of an Otter. We watched from the side of the road as the beast hauled out and rolled about on the seaweed - no camera for that one! We took a gamble to go for Golden Eagle at lunchtime and what a good idea it turned out to be. We picked up Whinchat, a couple of Cuckoo were flying around, a male Hen Harrier flew by, a Golden Eagle was seen but all of this was overshadowed by the Short-eared Owl chick... 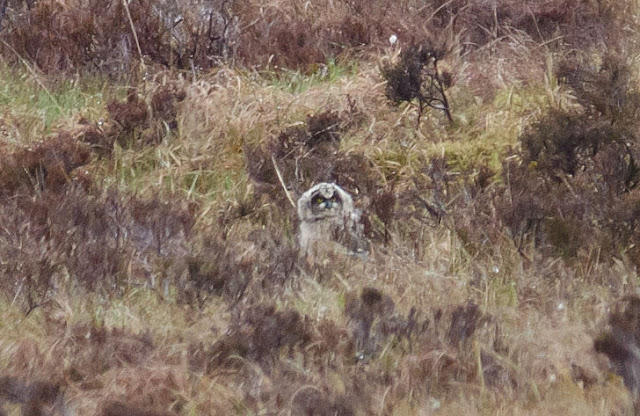 ...being fed by the adult - what a way to spend your lunch! 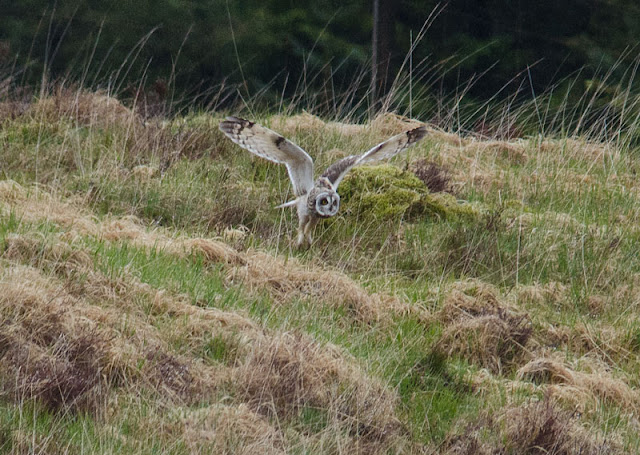 The rain never let up but with most things in the bag we were quite relaxed in the afternoon. A couple of Common Tern were a good find along with a couple of Kittiwake. The usual array of waders on show with a few Turnstone and the Whimbrel being the best of them, three Mountain Hare and just before we left I found a Common Snipe in the Iris beds. 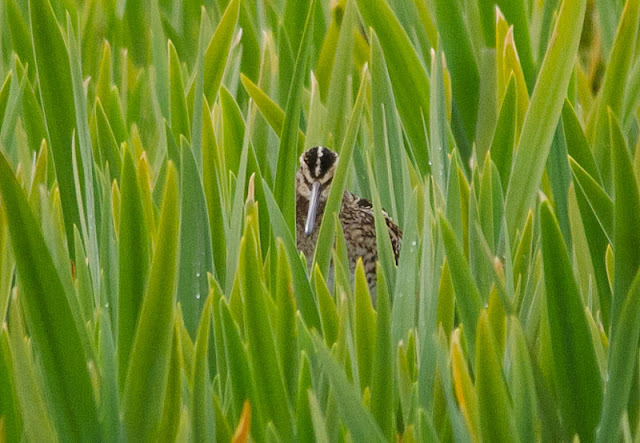 One last piece of excitement as I headed for home. I found a Cuckoo being mobbed by Meadow Pipits. 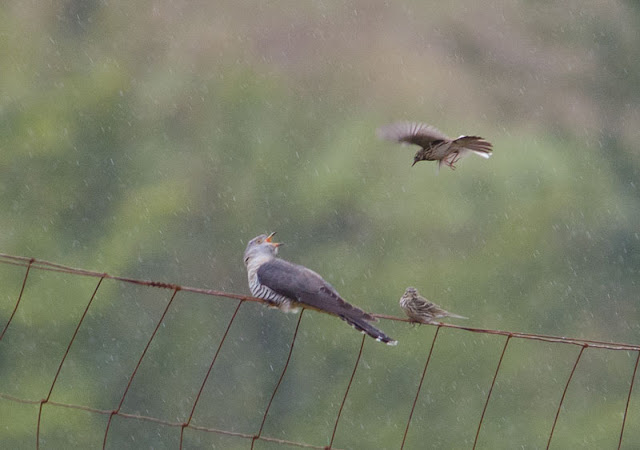 There was no holding back either - impact!! 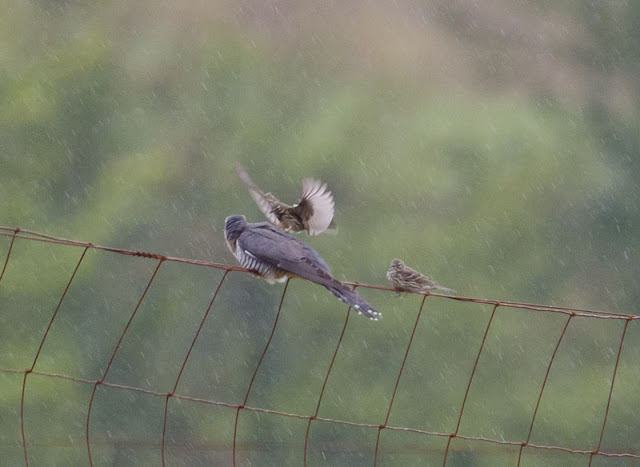 I love those shots of the Cuckoo Brian. Great behaviour. Saw that myself a few years ago, before I owned a camera, sadly.