Saturday was due to be the last of the nice weather so enjoying the sunshine was a must. Prior to picking up the guests I had cracking views of a Short-eared Owl but failed to get a close shot of it. 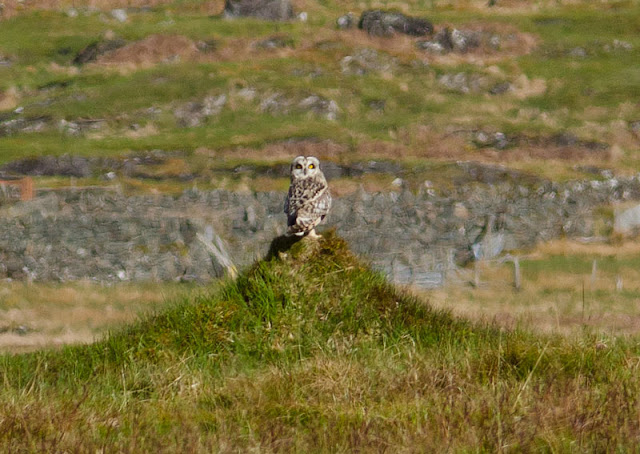 Top priority for the guests today were WT Eagle and Otter - the eagle was no problem as we watched one adult feeding the young as the other adult headed for the pub off hunting. 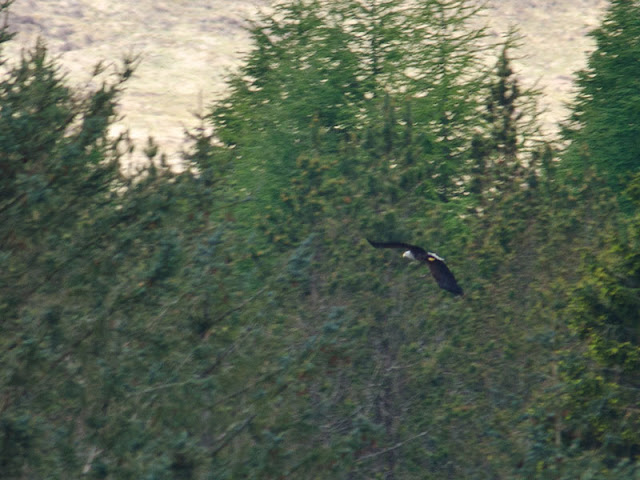 Next up was an Oystercatcher on the nest - looking good and not long to go! 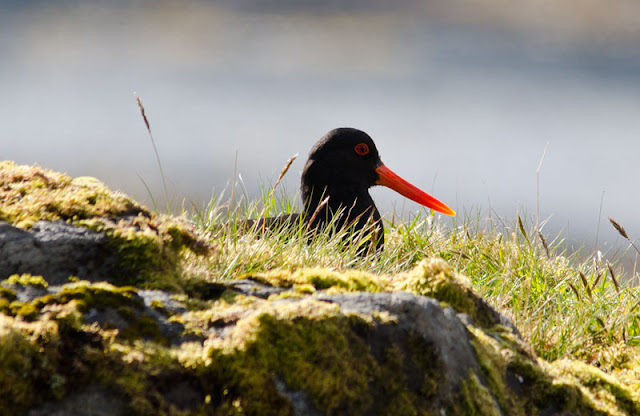 The usual group of Eider were hanging around, looking good. 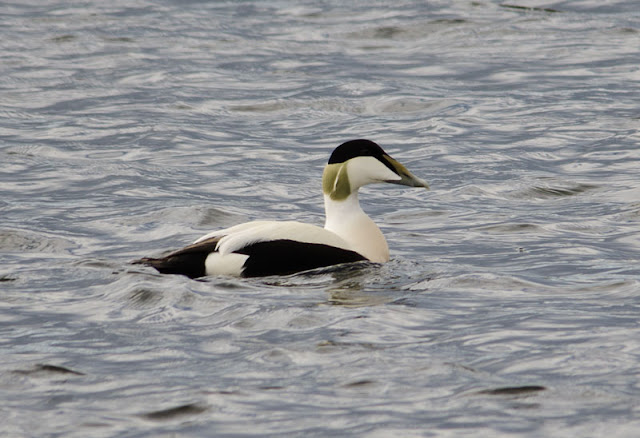 An Otter sleeping on the seaweed covered rocks took up a bit of time as I took photos with the guests cameras through the scope. It really is a pleasure to see the Swallows back but they are still lacking any great numbers - only one pair at the shop! 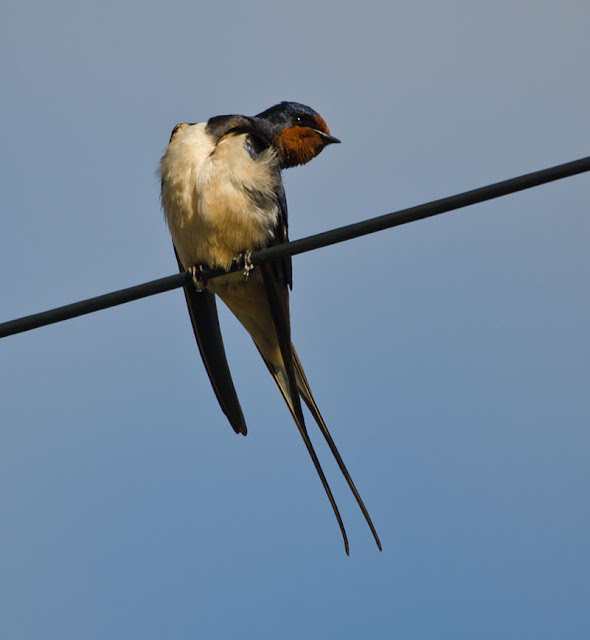 The usual script for the end of the day but the only posers were this Pied Wagtail... 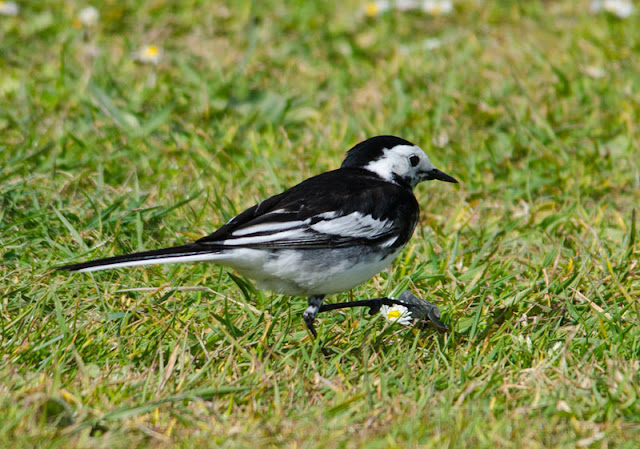 Sunday was a complete wash out but, thankfully, I wasn't out!
Monday I was back on the road starting the day with a noisy Redshank. 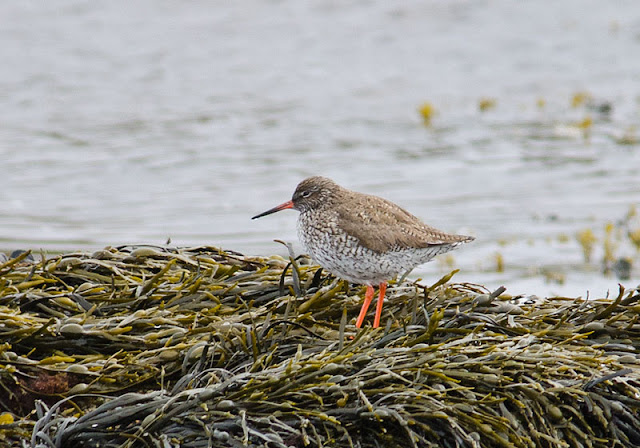 A few more waders kept us going with Dunlin, Snipe and Whimbrel... 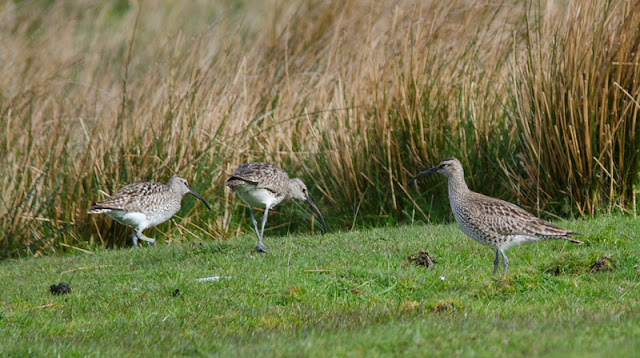 ...being the best of the bunch while we looked for Mountain Hare. A stiff northerly breeze was keeping the small birds quiet but it didn't bother the Red deer much. I think this one has had a few battles by the looks of his ears! 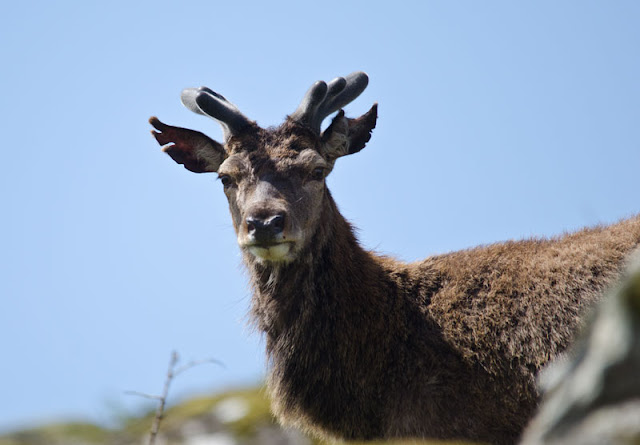 Nine Pale-bellied Brent Goose were a good find and took the year list to 139. I wasn't going to bother with a photo as they were too far away but they manged to put themselves in the picture by flying down the loch. 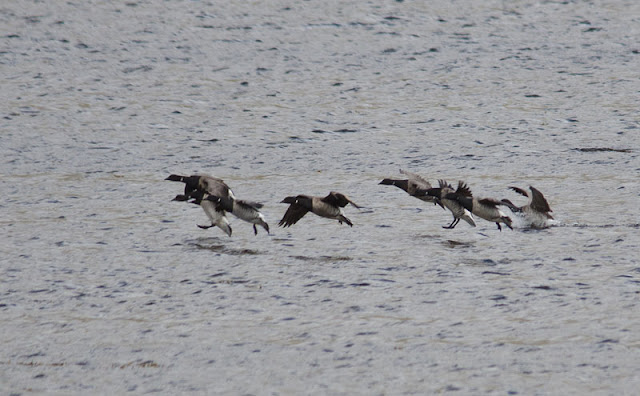 The Curlew is still sitting on eggs but they can't be far from hatching now. The SE owls continue to put on a good show and the Otter sightings are improving a bit - close enough for a photo. Well, you can tell what it is...can't you? 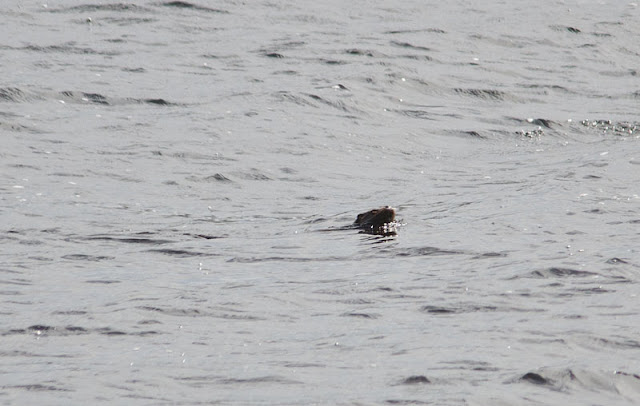 The Great Northern Diver numbers seem to be dwindling now as they head off to Iceland to breed but they really do look good. 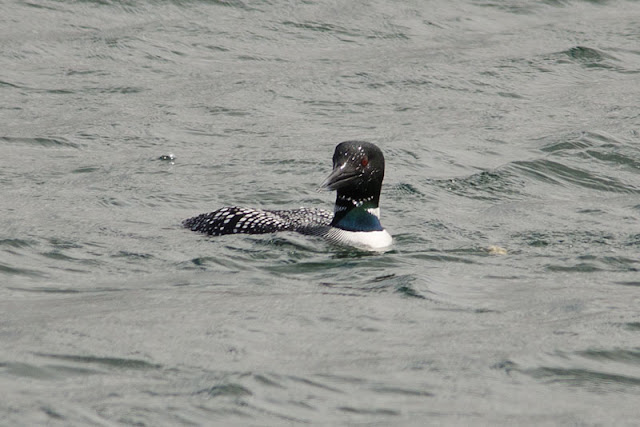 I was keen to get a look at the WT Eagles after the previous days wind and rain. All of the parking areas were full so we couldn't get a good look at the nest and I couldn't make out a bird in attendance. Was it bad news? We pressed on to look for Golden Eagle and have a cuppa. Nice cuppa, no Goldie but we did get an adult WT Eagle in flight. A quick dash back to the nest to find an adult present feeding one of the chicks and before too long we had two chicks being fed - a great relief! On the way back we managed to get a single Golden Eagle and a very obliging Common Sandpiper was wandering at the side of the road. 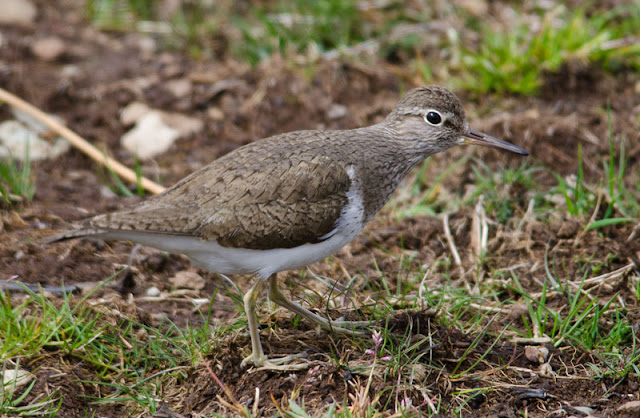 Hi Bryan,
Some great posts as usual recently, surprised only one pair of swallows though - all ours returned and more - we have six pairs nesting here in and around the buildings. No cuckoos though - as yet to hear one this year, I assume you have them up on Mull?
Kind Regards

I've waited to reply to your comment, Malcolm, so I can give you good news. The numbers of migrants are buidling up day by day and the Cuckoos are everywhere.