Friday we were back to the good weather. With half of the guests on board I'd already been told that Otter was a must see species - we were lucky enough to pick one up ten minutes later! 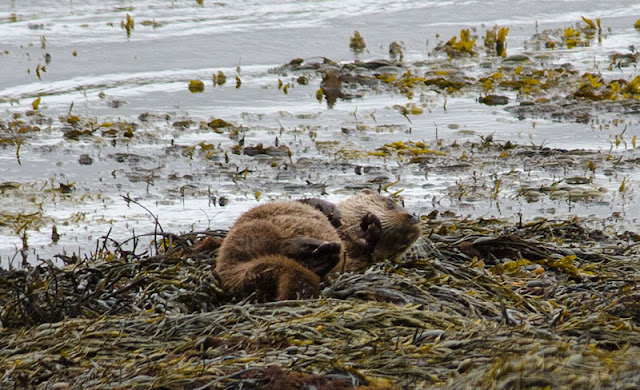 We loaded up with the rest of the guests and once again they wanted Otter more than anything else. We dashed back along the road to find the Otter fishing and with a bit of luck we got cracking views again. 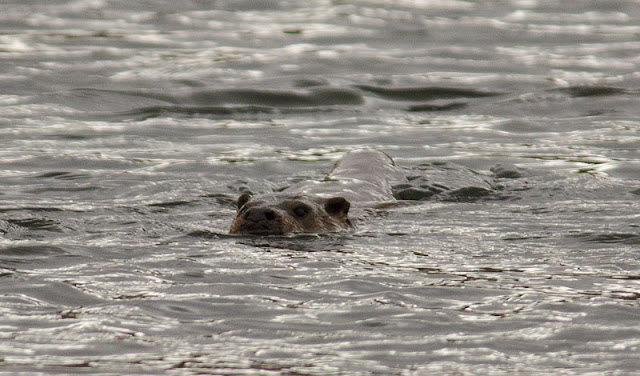 I think the guests would have been happy to be dropped off after that but the sightings just kept coming. We viewed the WT Eagles and the two chicks showed well, bobbing about in the nest. Superb views of Eider and two GN Diver displaying seen us up to lunch. We barely had time to eat in an action packed hour which started with the appearance of a young Golden Eagle being mobbed by a Hen Harrier. 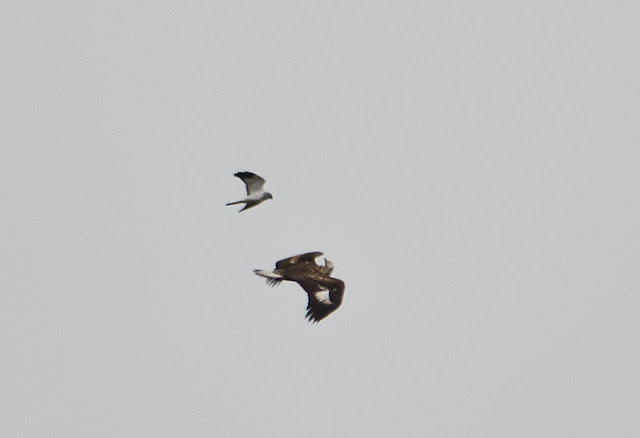 The young Goldie shook off the attentions of the harrier and cruised over the top of us. You can see how well worn the tail feathers are as it should be sporting a black band! 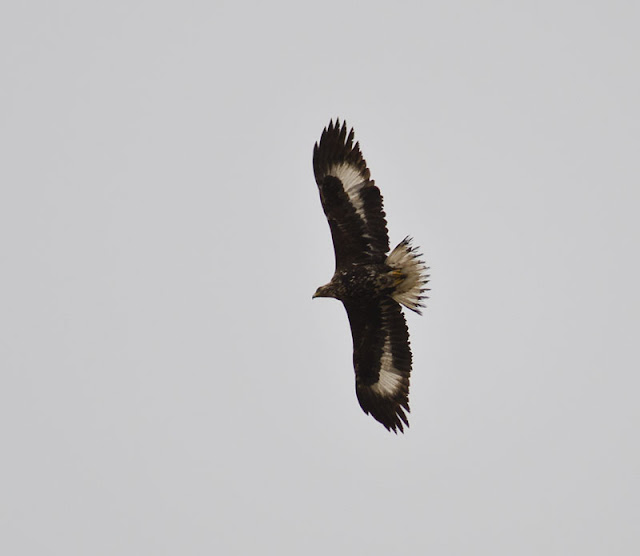 That would have been good enough but there was more to come as a couple of adult birds appeared one of which was being hassled by a Raven - another close encounter. 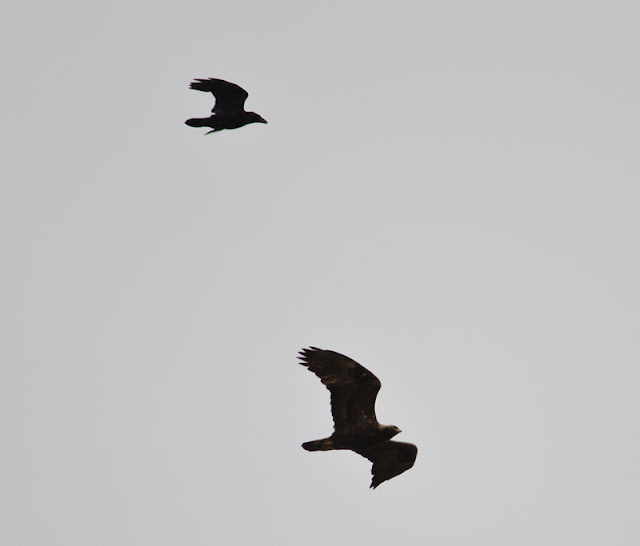 Two more Golden Eagle circled in the distance - it's not that often you get 5 Goldies together. After lunch I missed out on a fly past WT Eagle but I didn't miss the Adder or the two Golden Eagle. Another WT Eagle showed briefly but we couldn't relocate that one so we headed off to take in the wading birds. We got the usual array with some nice views of Whimbrel flying past us being the best. The Common Gulls were admired as we saw a few of them on the nest. 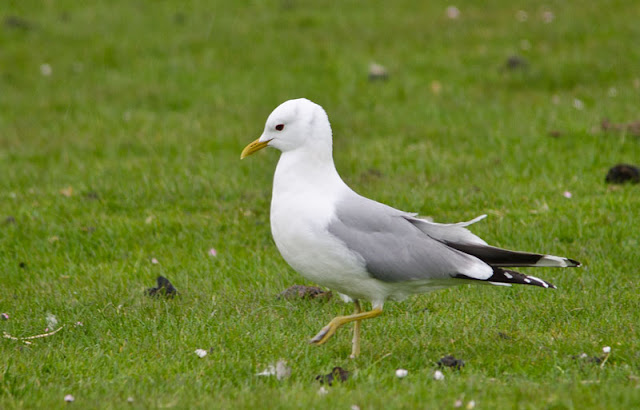 The Mountain Hares gave us the run around for a while and then they posed nicely for some photos - a stunning day! 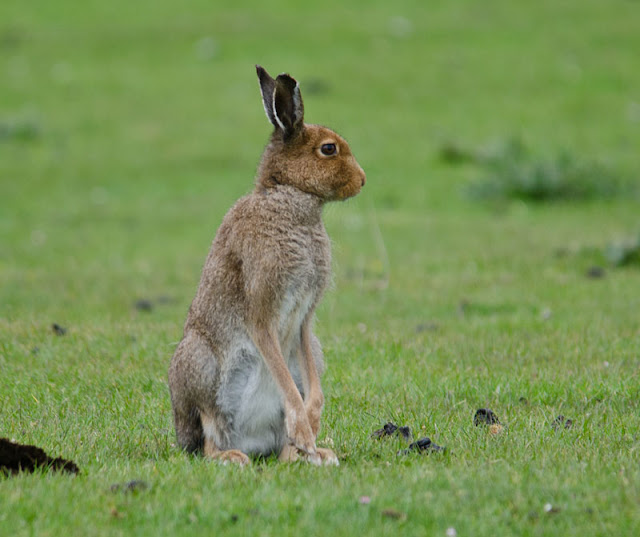