Friday I set off in the rain but the sun was shining as I picked up the guests for the day. It was a normal start to the day picking up the wading birds getting some stunning views of the Black-tailed Godwit... 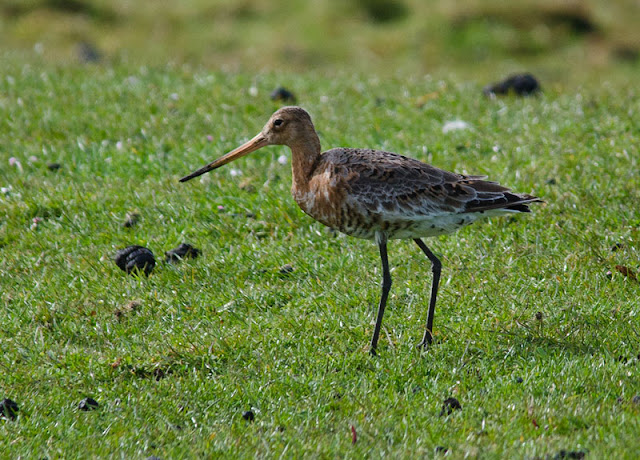 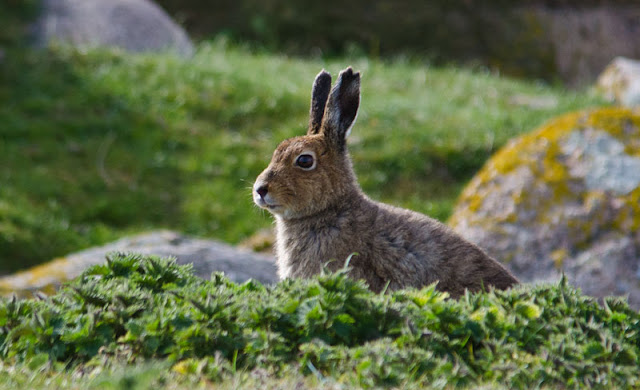 On our way to the next site we were stopped in our tracks by the appearance of an adult WT Eagle carrying the remains of a Mountain Hare! 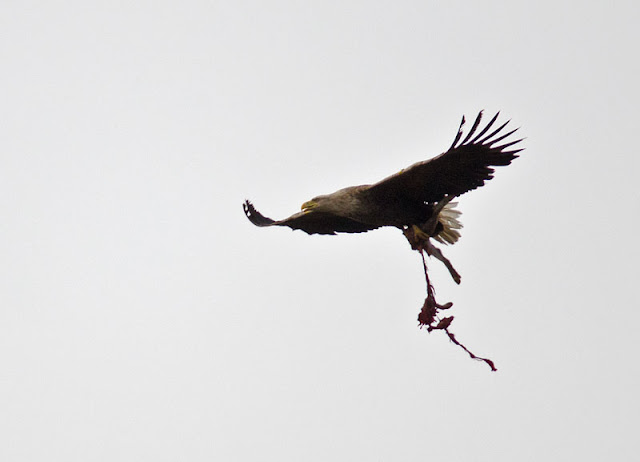 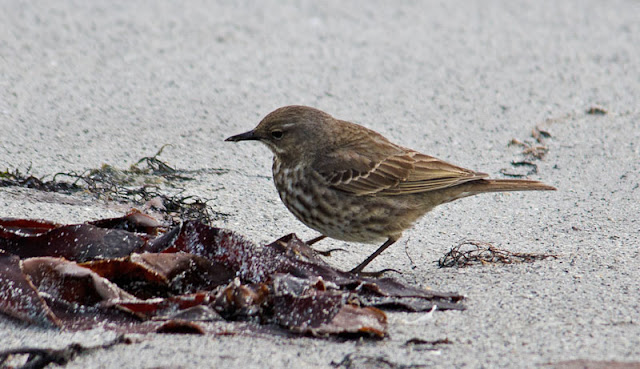 The next big bird was of the metal variety as a Typhoon F15 Eagle flew past.

A male Hen Harrier showed well as we looked for, and found, Golden Eagle. A couple of Adders were quickly added to the list before we set off for closer views of the Goldies. Lunch was consumed before the Golden Eagles reappeared to show well. 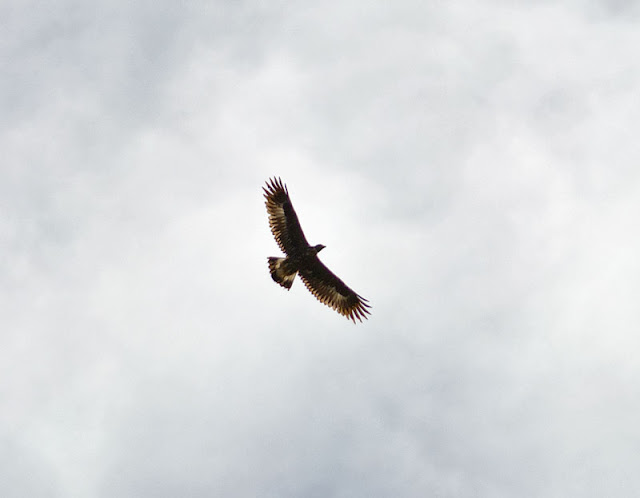 We then turned the day on it's head as a decision was made to go for Corncrake in the afternoon. We checked a couple of locations which produced some calling birds and then picked a spot to try and see one of the elusive birds. A short wait produced the goods but it was tricky. 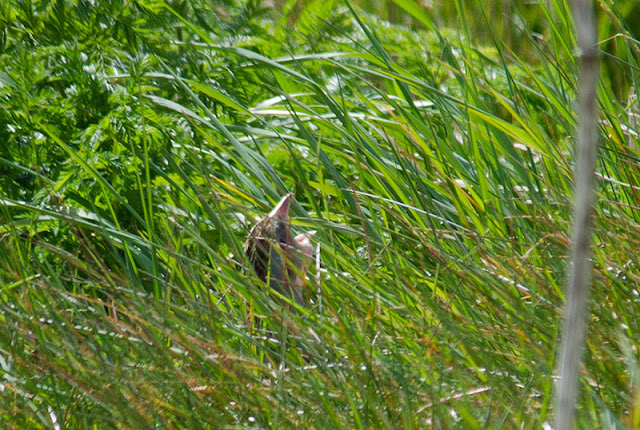 A bit of a break, supping tea and watching Gannets and a Great Skua, and then we headed back for more action. There were plenty of Goldfinch and Linnet flitting about providing some distraction. 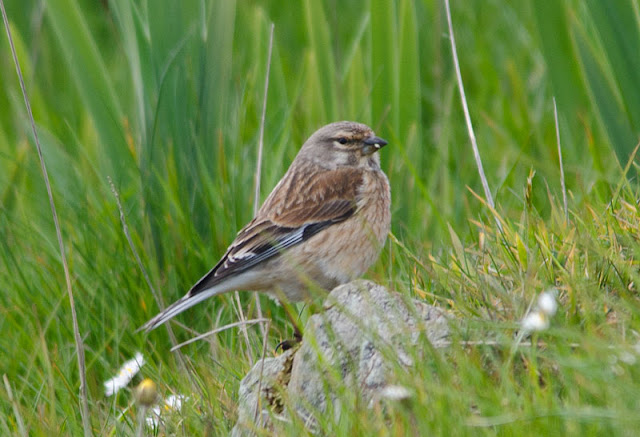 We were on the verge of calling it a day when another Corncrake walked out of the Iris bed and then wandered back in again. It was good to get a view of the whole bird this time. 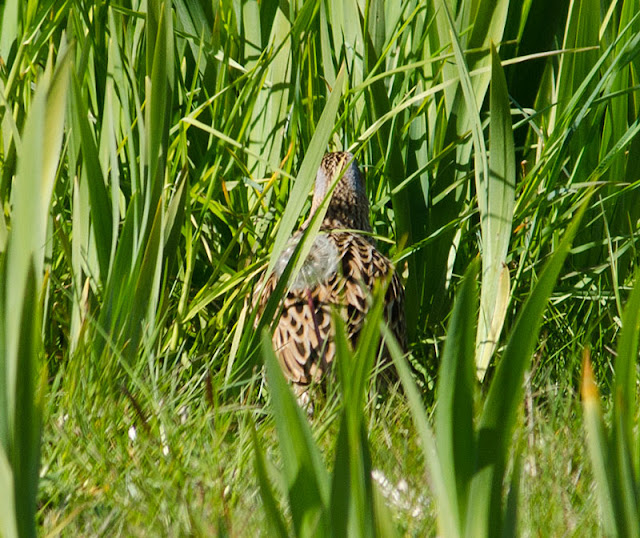 As we waited to board the ferry a Glaucous Gull was spotted on the beach so we let the ferry go. The Glaucous Gull played it's part well and paraded around in front of us. 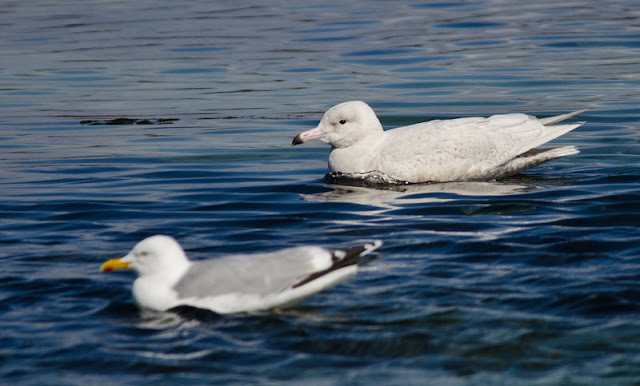 A Jackdaw filled in the time waiting for the ferry to return... 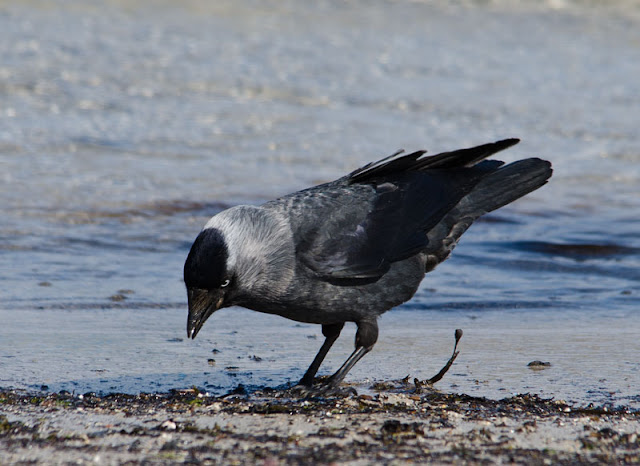 ...and the Gannets put on quite a show on the return trip. 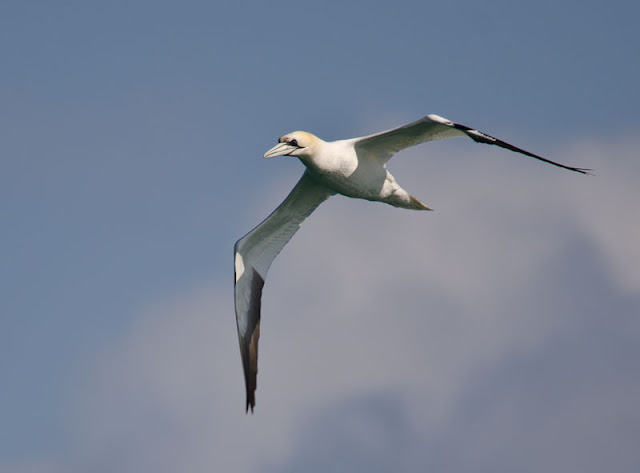 It was a bit of a different day but well worth the effort!
Posted by Bryan Rains at 08:41

Hi Bryan, brilliant pics as usuall, I regularly visit your blog to see whats going on as we are moving to Mull next year(down at carsaig), We've been into the shop but not met you yet.Your knowlage of wildlife is amazing but I must point out your Typhoon photo is actually an F15 Eagle which is possably more fitting.
Tony

Cheers, Tony. I'd checked that one out and forgot to change it - doh!
Glad you enjoy the blog.