Tuesday was due to be the last of the good weather so I had a quick run out in the morning. With the sea still frozen I thought a return trip to the Otters might pay off. Just as I stepped out of the car an adult WT Eagle was heading my way so I grabbed the camera and fired off a couple of shots. I discovered that the camera was only on half zoom so this could have been so much better. 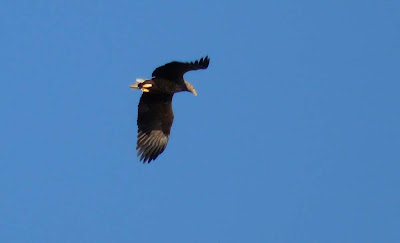 The Otters were fishing in pretty much the same area as the previous day so I made my way down to a spot where I could stay hidden. There was strong smell of all things fishy and lots of Otter poo. 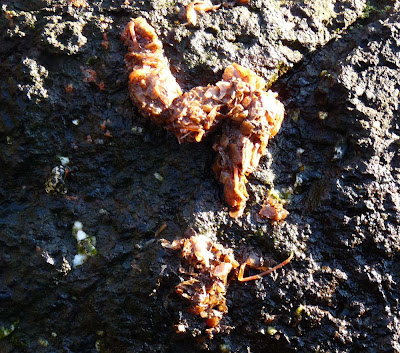 It didn't take too long for one of the Otters to catch a fish big enough to bring ashore...

...but they landed the catch just along the way from me.

It really was nice to see these beasts at close quarters and nicely relaxed too. The fish was devoured and after a bit of a roll around they were heading back out into open water.

I managed to get a brief sighting of the Red Kite as I was leaving and then headed for home. I've not been out since so nothing much to report apart from the male Hen Harrier putting in a daily appearance. Usually he'll put the gulls up so you know when to look! The snow has arrived here... 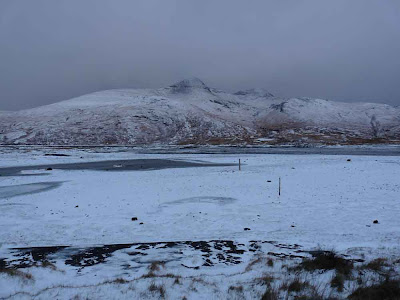 ...but only a dusting on the roads but it's enough to get the car sideways if you try too hard!
Posted by Bryan Rains at 09:48