Saturday was a bit of a grubby day but I was heading for a miserable time in Oban - shopping. A male Hen Harrier was the highlight of the journey to the ferry and the highlight in Oban was the chiphawk after me chips. 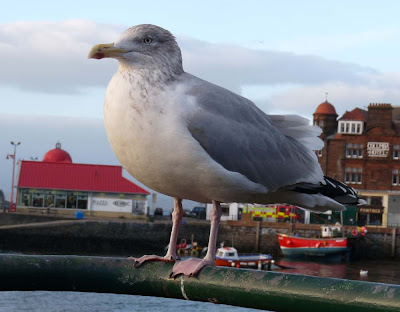 Saturday evening we were out for dinner and there was no escape from the sightings as we spotted a Barn Owl on the way out and a Mountain Hare was in the garden when we returned.
Sunday was a cracking day with clear blue skies but I didn't get the chance to go out so top sighting was a Golden Eagle from the garden.
Monday was a repeat of Sunday with a real cold and frosty morning. 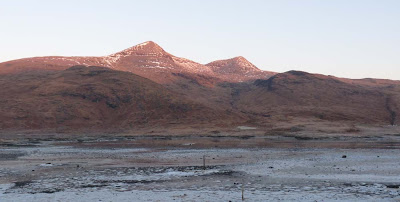 As we were heading for the shop there were a few Red Deer close to the road so after helping out with the delivery I headed back along the road. The Deer were still close to the road and you can see how cold it was as the frost is still covering the back of this beast. 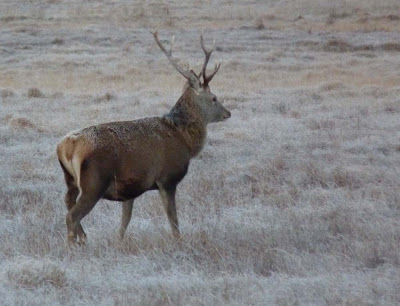 As I headed off round the loch to see if the Red Kite was still around I was quite surprised to find that the sea was covered in a thin layer of ice. I had a high count of Little Grebe with the four regular birds boosted to a massive five! The Grey Herons were all in their usual spots with some overlooking iced water while others had clear water but just look at the frost on the seaweed. 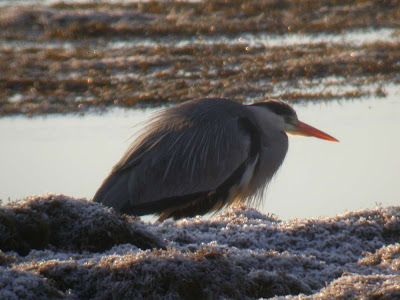 I took both these pictures as I was heading back to base at about 11:30. The Curlew has a nice warm spot to sunbathe in... 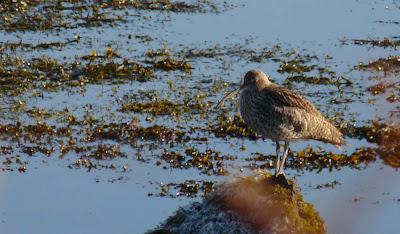 ...while this Grey Heron has a place that is still surrounded by ice! You have to pick your spot carefully.

I was hoping the Red Kite was going to be late at getting up hence the early trip out. I scanned the ridges from a couple of places on my way along in case the bird was flying but I needn't have worried as the bird was still perched up in it's favourite tree. Most of the day this tree is backlit so the only chance was an early morning shot but at the distance involved it's never going to be good. Not a bad effort considering it's about half a mile away! 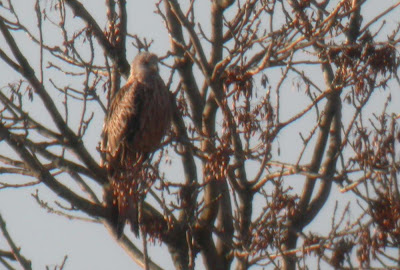 I'd seen a couple of Otters in the water as I was driving along and by the time I'd finished with the Kite there were three of them out there. I picked them up again as they were heading away from the shore so I thought I'd wander down to the spot and maybe get lucky. Did it work? Oh Yes. One of the youngsters caught a decent sized fish and brought it ashore just below me. 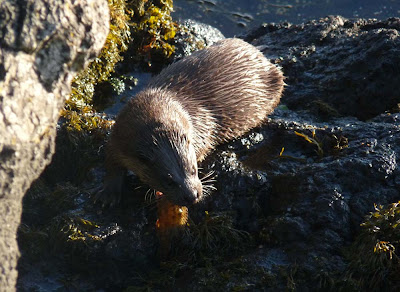 I have got some video footage of this too but after attempting to load the video three times yesterday, wasting about 7 hours, I gave up on that one! I did mange to get an underwater shot of the Otter as it went back out fishing but it's never going to look good without a polarising filter. 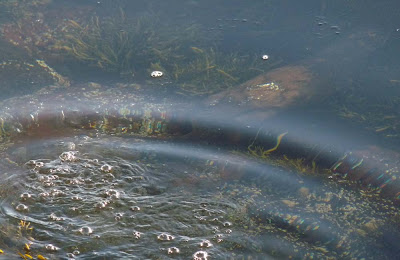 As I was moving to a better position the female Otter started to head for shore but I was sussed as the Otter surfaced earlier than expected when a Raven was alarm calling above me. I was skylined and had no chance. She still came in for a closer look though. 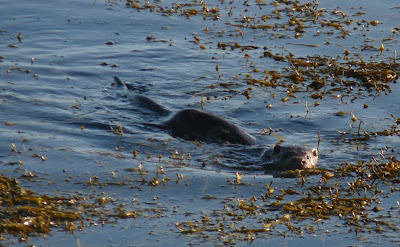 With my cover blown I moved quietly off. As I got back to the car a Hooded Crow was posing beautifully in the sun. Top quality. 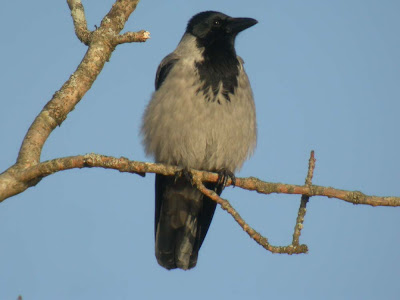