I think I've worn out the blog for a wee spell and it's holiday time too - Christmas, family etc - so it might go quiet. Early on Monday we were serenaded by a Common Crossbill. There were two birds flying around but only one on view when they landed. 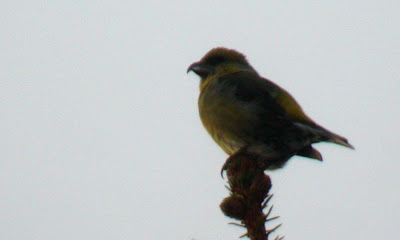 I had to go to the garage at lunchtime so that was a good excuse to have a look about too. I drove past an Otter on the way and managed to see it again on the return journey half an hour later - result.

While scanning through the gulls on the loch they started to lift and call in alarm - where is the cause though? I didn't have to look as a juv WT Eagle flew into my view so I kept an eye on it until it landed. I didn't realise how dull it was at the time (duff, distant photo) but the view was superb in the scope. As you can see it's a tagged bird from the East coast released in 2009. 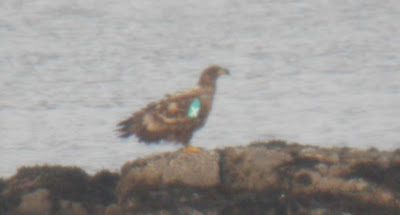 Not a lot else to report. We missed the eclipse due to cloud cover but as soon as it was all over the cloud started to break up - typical. Nice view of red snow when the sun was breaking the horizon. 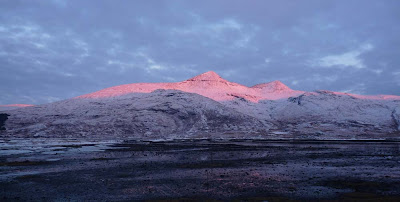 Well that could be it until the middle of January so I'll take the time to wish everyone a Merry Christmas and a bird filled New Year - all the best, folks. Bryan & Joy. 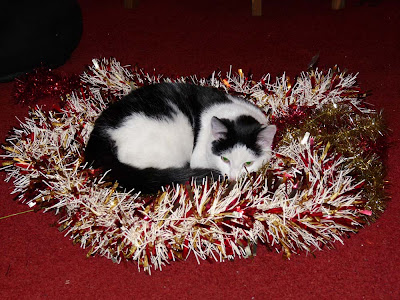 A very happy Christmas to you both, and best wishes for a successful ne year, Bryan, I've so enjoyed reading your blog (and feeling in touch with Pennyghael) since our visit in May, and look forward to taking a tour with you when we come next May. Joy, hope the fracture has fully healed now!

Fiona & Robin (who stay with Fiona-next-door when we come folk dancing!)

Hi Bryan & Joy,
Wishing you both and all at Pennyghael a wonderful Christmas and a Healthy and Prosperous New Year - See you next July if not before with all the Pink Kippers.
Great Blogs Bryan, really enjoy them.
Kind Regards

Have a good one Bryan, I check for your blog most days, it helps me keep in touch with the part of the UK I love the most, so keep up the good work and thanks