Monday I had what is, probably, going to be my last tour of the year. The weather couldn't have been better with clear skies and a chilly breeze. We headed out to look for the Greenland WF Geese to start the day and we weren't disappointed when we found the 30 strong flock behind a gaggle of Greylags.

Everywhere is suffering from the cold. We might not have the snow cover but as the temperature remains below zero the ground will continue to freeze which will eventually prevent the birds and beasts from foraging. It was no surprise, given the conditions, that we didn't see any Mountain Hare but we did find a single Grey Plover and a single Ringed Plover while we took a few snaps of the Skylarks.

Some nice views of Buzzard were had and a bit of a struggle to find anything else until we were viewing a Great Northern Diver and two Otters swam into view. They put on quite a display as they hauled out on to the rocks, scampered along, back into the water, catch a fish, back on the rocks, munch, munch, munch - marvellous! Golden Eagle was a bit of a struggle to find but it was worth the wait. 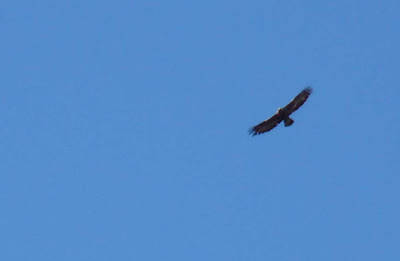 We rattled through a selection of waders, Little Grebe, RB Merg, Fieldfare and the like while we continued our search for more Otters. I picked up a juv WT Eagle in flight but it was difficult to follow due to the position of the sun. Thankfully the bird landed so we got cracking views through the scope. Another WT Eagle was picked up in flight and it joined the first bird before moving on. 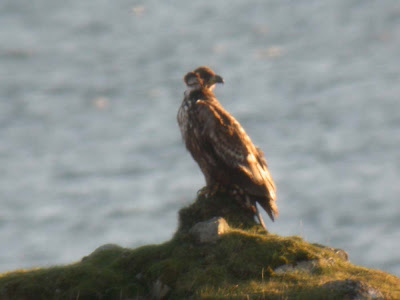 We also had another Otter while watching the big birds but it was easily outclassed so it was only fair that the Otters had the final say on the day. Another bundle of fun in the sun - I'll let you count them!! 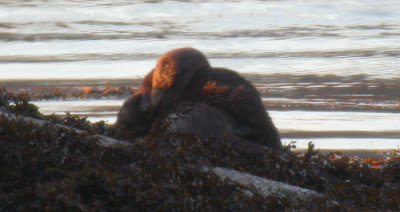 Nice end to the season. Hope you are over the reaction to the yellow fever shot. Where are you going?

Hi Wilma - I'm over the Yellow Fever shot, thanks. We are heading out to Gambia for a week in the new year so that should make for an interesting post! Cheers.