Monday was another pleasant day but the wind picked up and the clouds rolled in. A couple of migrant birds were seen through the day which made my day! We started the day with two WT Eagle, a Golden Eagle and a single Swallow flew past us. The Great Northern Divers are starting to look real good but I'll wait for a full summer bird before I take more photos. We found an Otter asleep on the shore and waited for the tide to come in enough to get the Otter moving. It stayed warm enough for us to get an Adder curled up in the Bracken. Not an easy one to find! 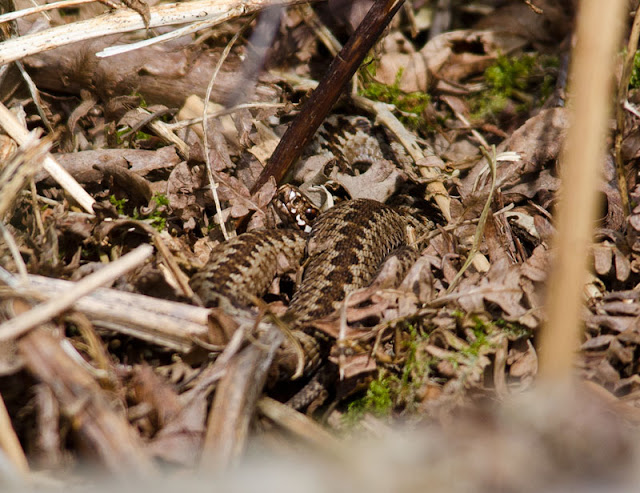 Some odd behaviour from a Yellowhammer. We saw this bird having a tussle with another bird before landing on the fence next to us where it proceeded to look around with it's beak open - an aggressive stance perhaps. 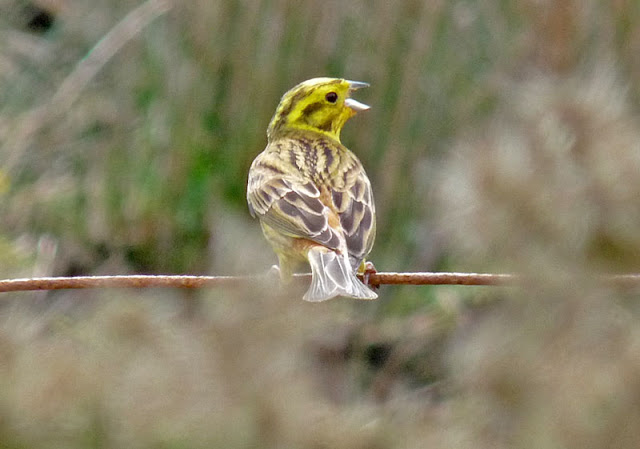 The second migrant of the day was a couple of fly past Sand Martin. A single Twite bounced up the road ahead of the motor as we got into position to view a group of 44 Golden Plover. 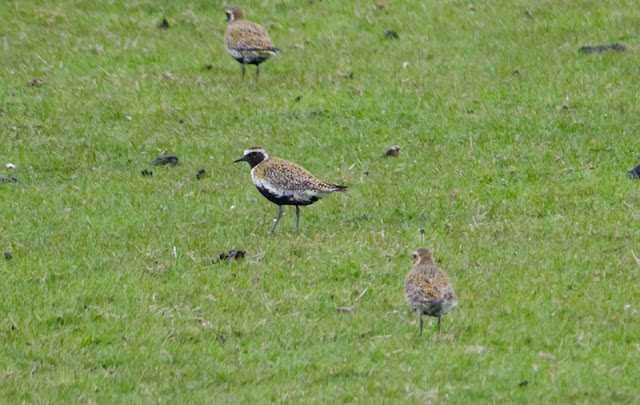 The weather was shocking through the night but Tuesday looked promising. We had to dodge a few showers early on but we picked up a few Red Deer stags minus their antlers and a single Swallow. 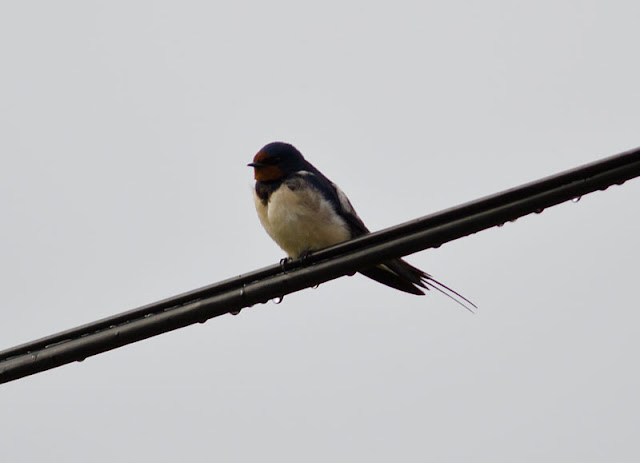 A pair of Hen Harrier were seen but the male disappeared as the female showed well for us. The usual suspects were out on the water with RB Merg, Eider, GN Diver, Otter and a bonus Goosander too. Two WT Eagle showed well but we failed to get Golden Eagle on our first attempt but the male Hen Harrier more than made up for it. 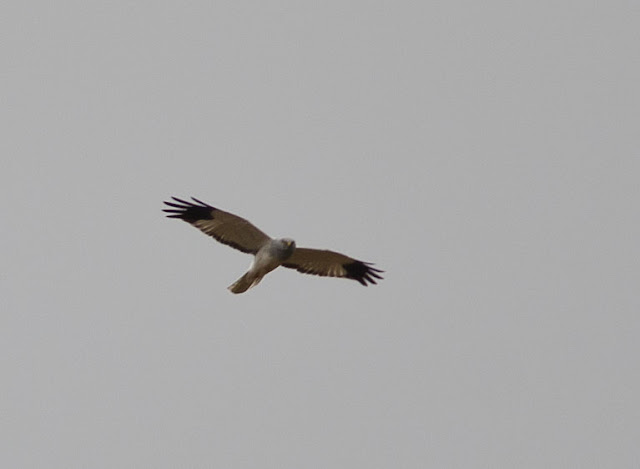 We spent lunch waiting for Golden Eagle - no problem this time. 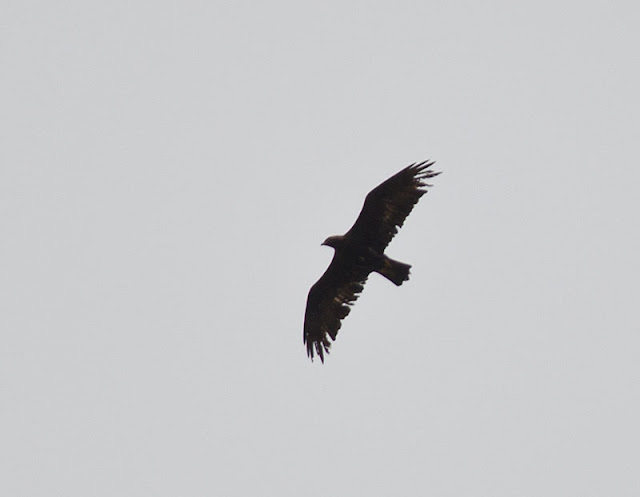 The showers we'd had in the morning were quite sleety so it was no surprise to see snow on the tops as the skies cleared. 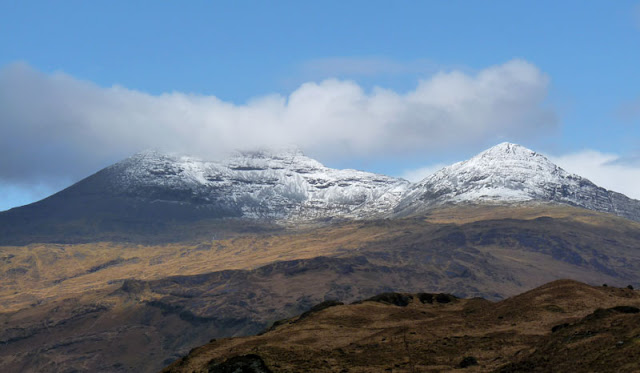 Another couple of Hen Harrier, one Yellowhammer, three Sand Martin, a Buzzard carrying what looked like a snake and a few Mountain Hare in the afternoon. 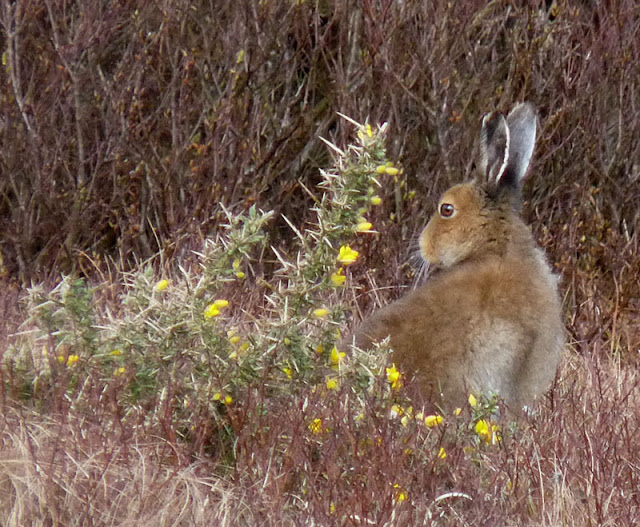 I had a bit of free time in the evening so I headed out for some Short-eared Owl action. Plenty of display from the birds and another Hen Harrier but no decent photos until I was heading back home. 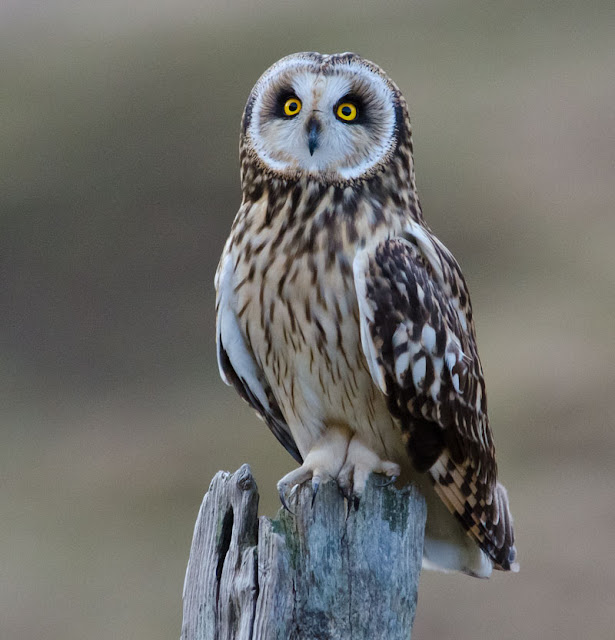 I totally agree! How close was it Bryan?

Love the shot of the owl.

Thanks for the comments. Always nice to get a shot of any Owl but I'd like to get some flight shots!