Wednesday wasn't a bad day and I was hoping to get a photo of something good. I'd already seen a male Hen Harrier on my way to the shop so I was surprised to find one on way back out. The bird was moving away quickly but it soon crossed the road and I managed to get slightly ahead of the bird. It was still some distance away but a male Hen Harrier is always worth a go. 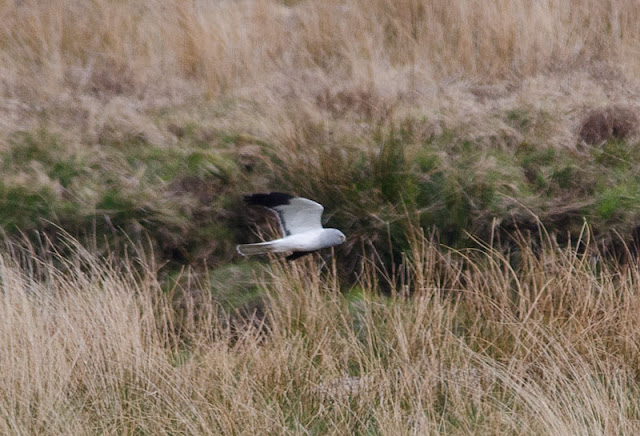 It got closer at one point... 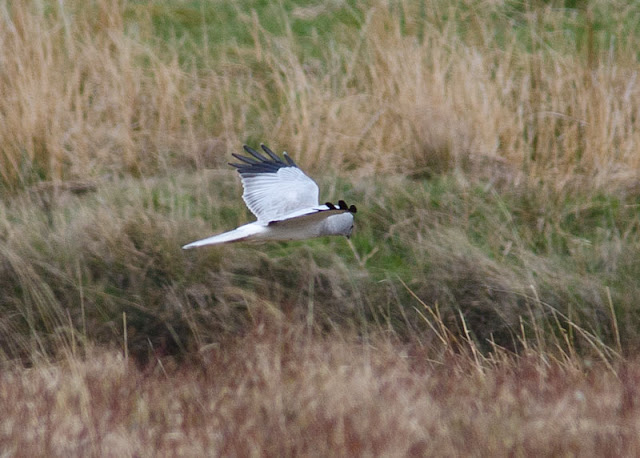 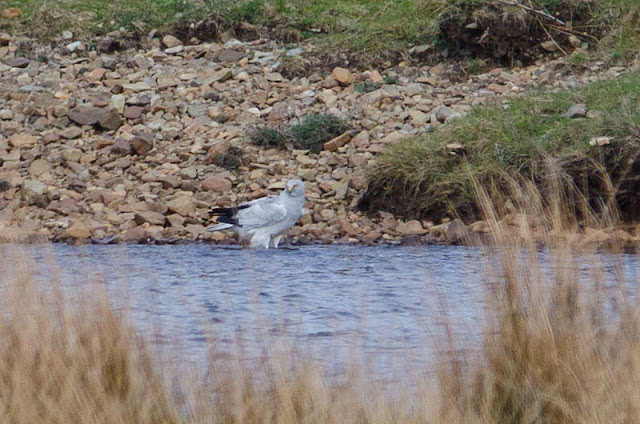 ...and then it was gone. Everything seemed to be in a bit of a flap after that as you can see from this Goosander that was seeing off a Red-breasted Merganser. 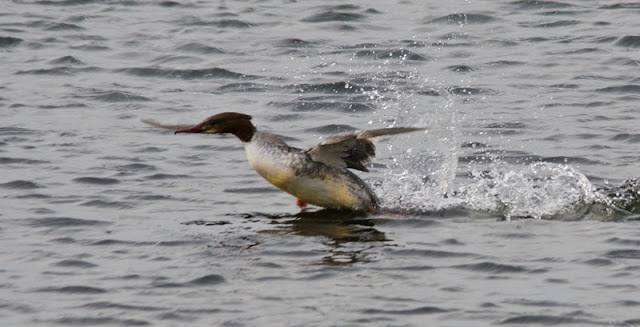 A small group of Eider all hauled out and they were all in a flap too!! 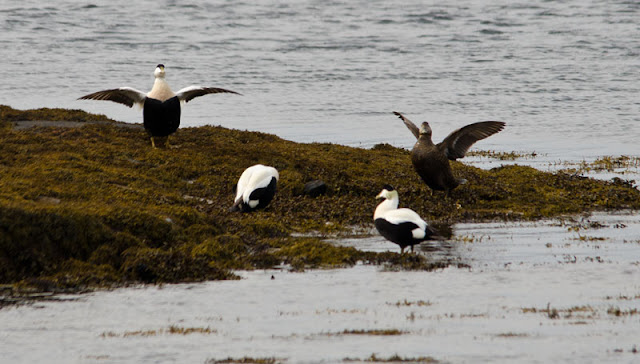 Thursday was a bit showery and chilly too. I had a quick run out which produced a couple of nice sightings. A Song Thrush posed nicely... 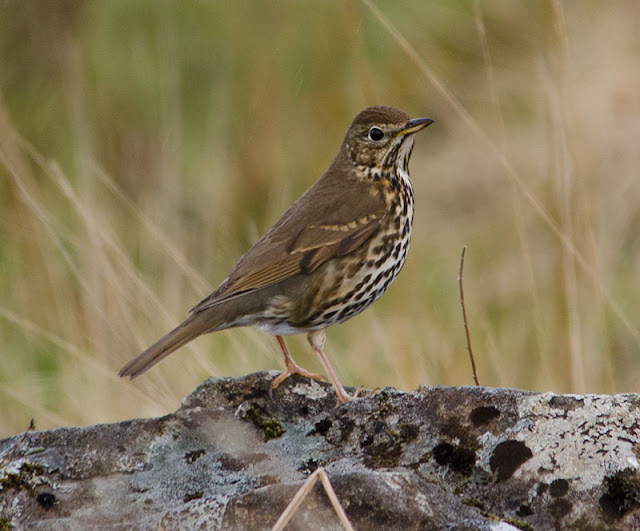 ...as a Willow Warbler was catching insects. 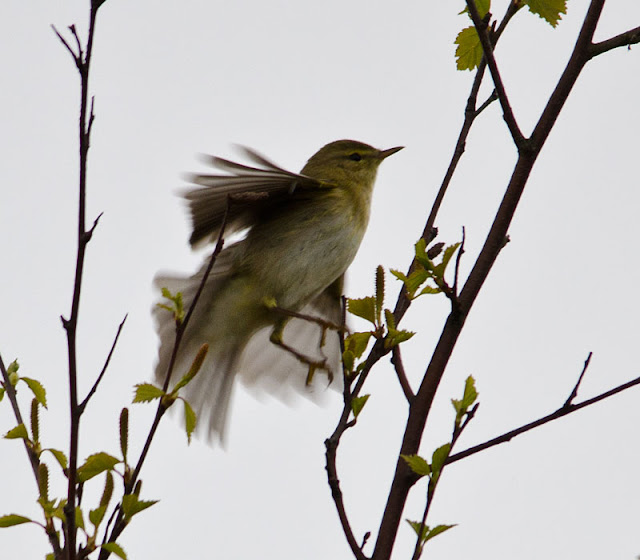 I caught sight of four Curlew type birds flying to shore and out of sight and when I approached the area a Curlew was standing proud but there was no sign of the other three birds. A Hooded Crow flushed the Curlew and two Whimbrel flew up too. Not sure what happened to the fourth bird but I did see what had really scared the birds off. I saw this Great Northern Diver with it's wings out - nothing strange there? - it kept them out as it looked about. 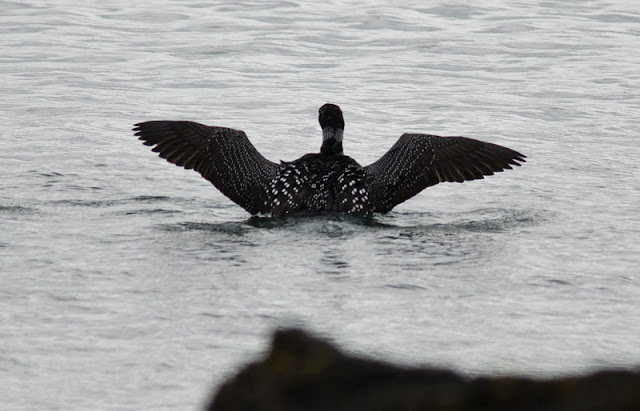 Suddenly another bird surfaced and it seemed to be a battle of some sort. 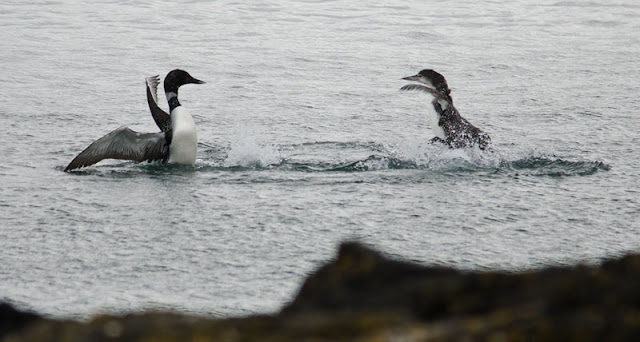 The summer plumaged bird got the better of the other bird and there was a bit of calling as they separated - awesome stuff! 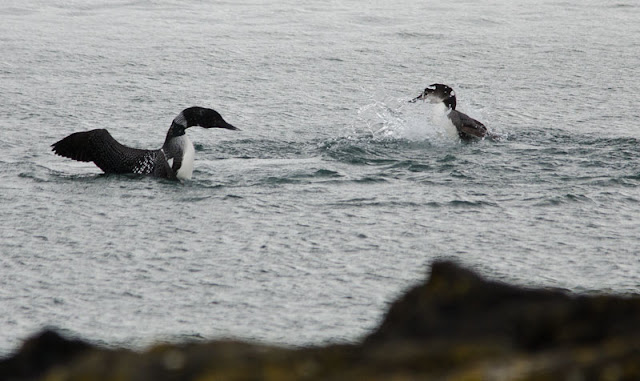 Just to calm you down after all that excitement - 'Larry, put your LEFT leg in!'. 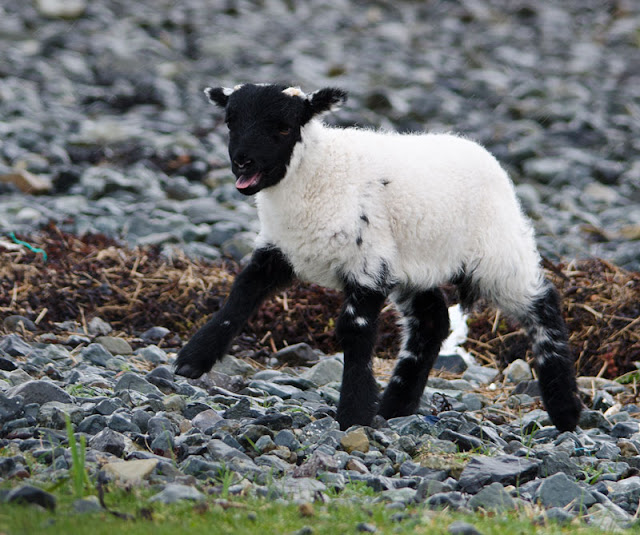