Thursday was another sunny day and it looks set to continue for a while yet. Best of the sightings through the day were a lone Northern Wheatear... 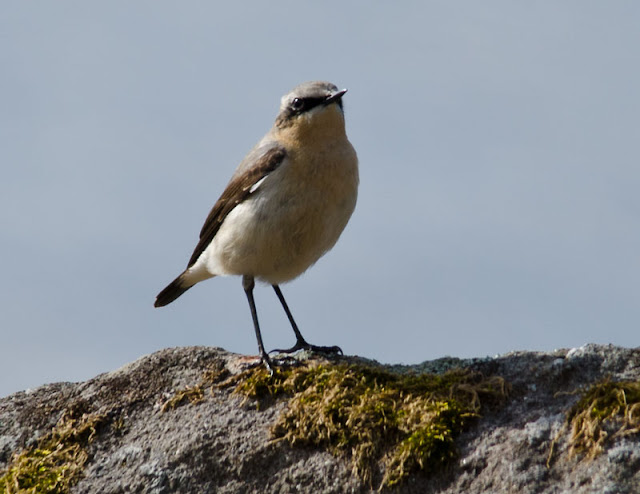 ...and a cracking performance from the Golden Eagles. 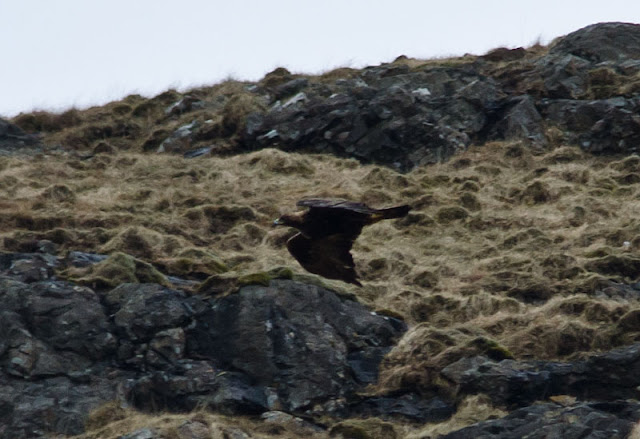 At least there seemed to be a few things on the move with a flock of 30 Pink-footed Geese flying through and a group of 16 Golden Plover fresh in.
Friday I paid a visit to the RSPB WT Eagle viewpoint - what a boon that was! Before the group had left the meeting point we'd had a close view of an adult WT Eagle overhead. Another, yellow tagged, WT Eagle was seen interacting with a juvenile bird as we waited to go and view the nest. Smaller birds were buzzing around the feeders including the odd Siskin and Coal Tit but a majority of Chaffinch. 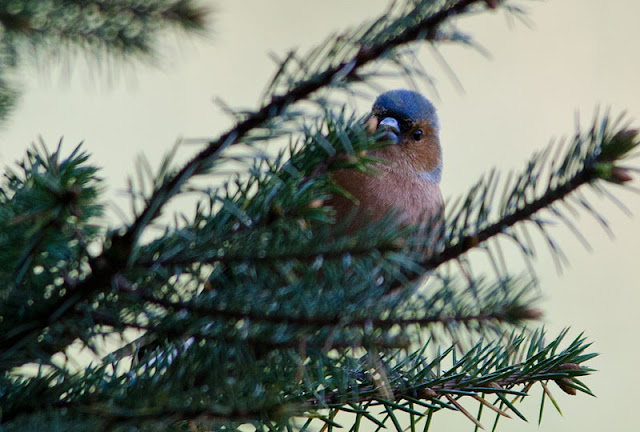 Just after photographing the Chaffinch I was busy deleting some of the poorer images when I became aware of something appearing from behind the trees in front of me... 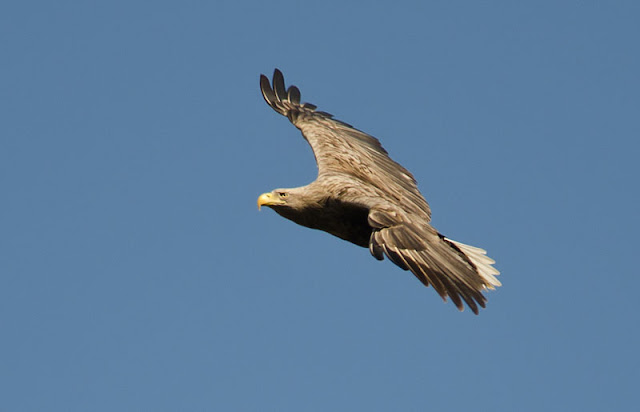 ...just awesome!!! On my way back home I had to stop for this Great Northern Diver - superb.

A last minute decision to go out for Short-eared Owl paid off too. A bird in full display was seen before we had stopped the car but it was soon on the ground and blending in very well. 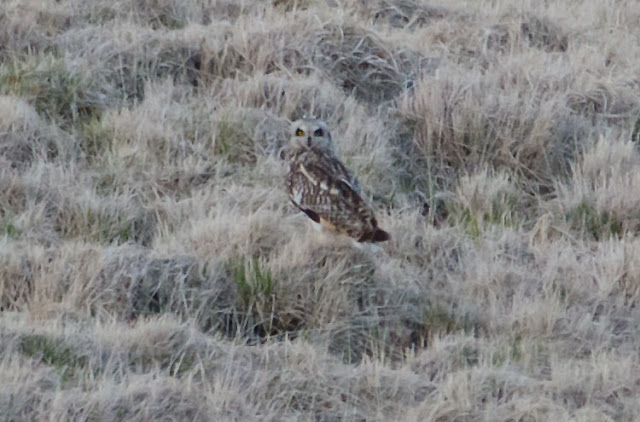 Another bird was calling but unseen until it took off and flew a short distance but once again it was a bit distant so we started to head back happy enough to have seen a couple of Shorties. As we rounded a bend there was another Short-eared Owl sitting on a post, the light was gone but the result isn't too bad. 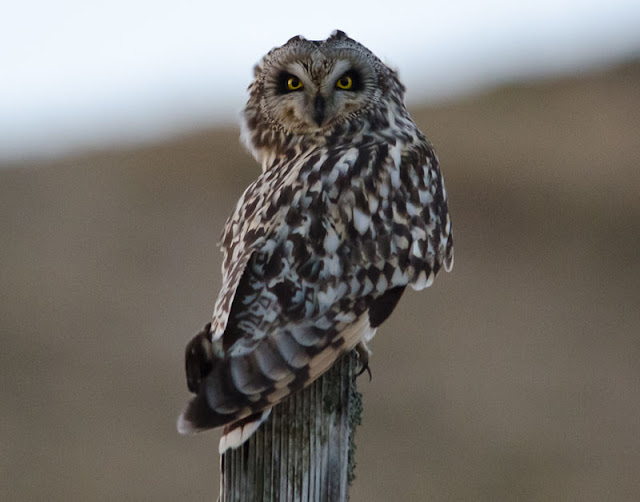 I expected to see a post about Michael Elphick! Hi ho silver....

What a fantastic outing, and pics. I hope things are that easy to find when I'm up there at the bach-end of May.
All the best Gordon.

I'll say! Not a bad result at all. Cracking SEO portrait and Sea Eagle in flight.

Thanks for the comments folks.
Stewart - I'll see what I can do for you!