Thursday I went to Staffa with David Kirkpatrick's Staffa Trips on MB Iolaire. As you can see from the photos it was a cracking day! The abbey on Iona looked superb in the sunshine surrounded by the green fields.

There were a few guillemots on the way out. 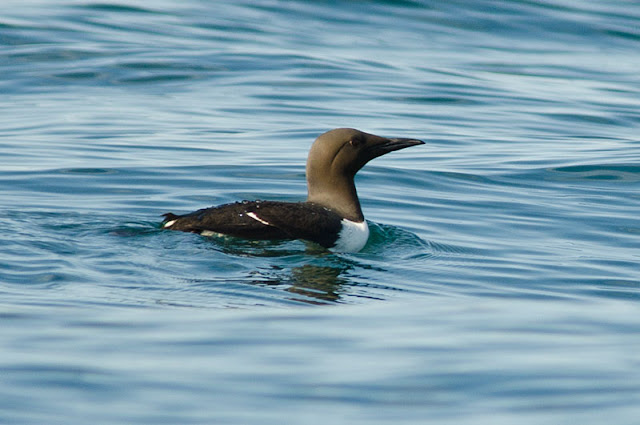 As we approached the impressive basalt columns of Staffa and Fingals cave... 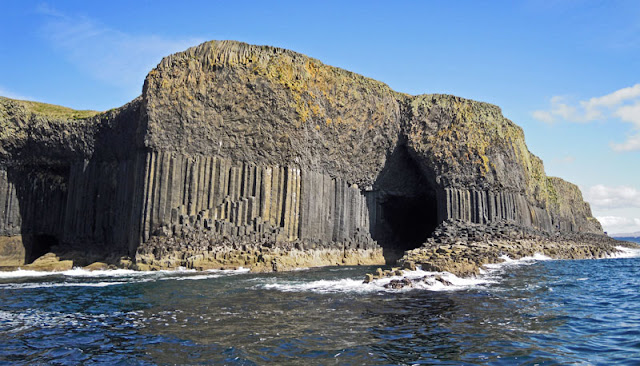 ...you could see some of the more warped formations. 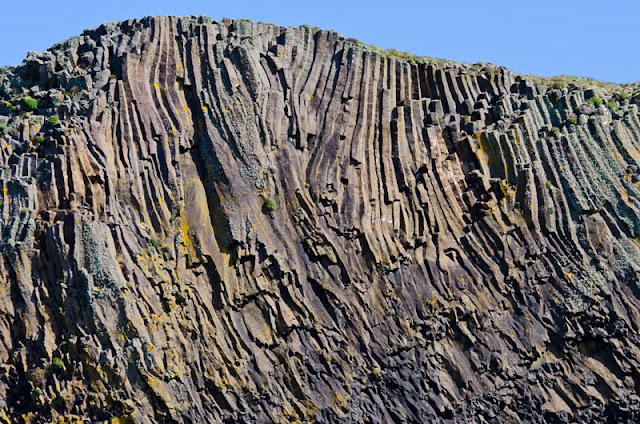 A Great Skua sitting on the sea was a good find... 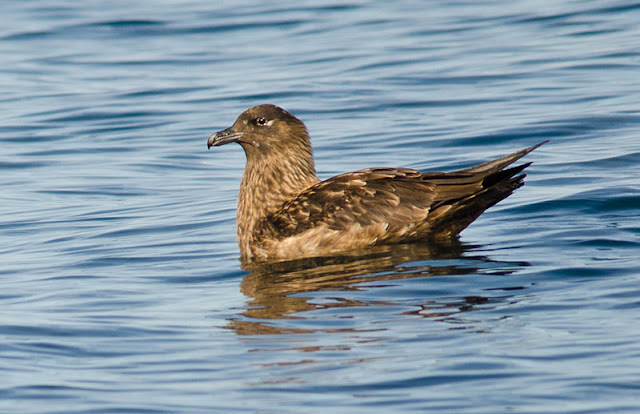 ...and a few Razorbills appeared close to the boat. 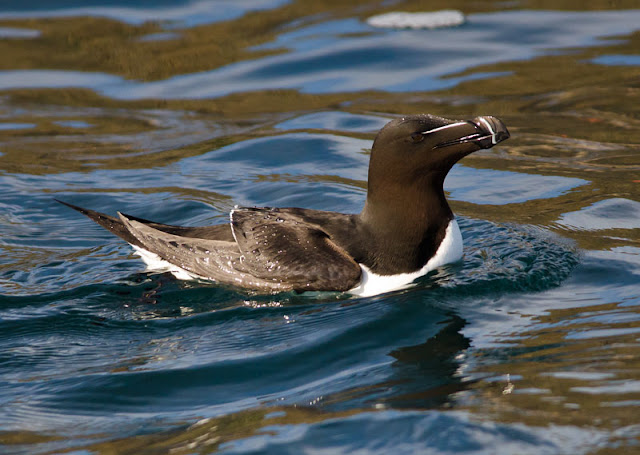 A couple of Herring Gull were standing guard as we approached the landing area. 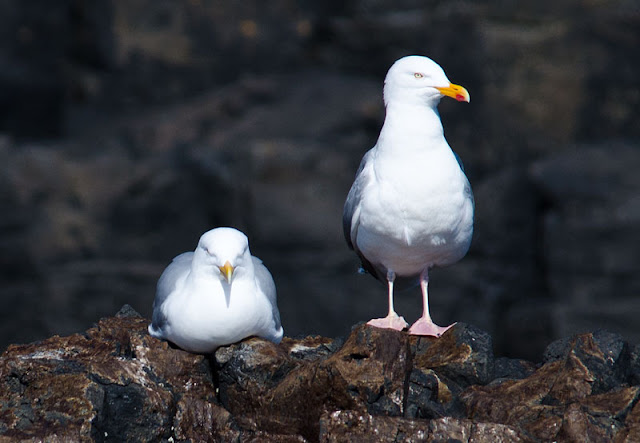 I opted to stay on the boat for a gentle sail around the island. We passed a few rafts of Puffins and there were impressive numbers of Black Guillemot too.

There were plenty of Fulmar back in their nesting areas but it was nice to get the close views on the sea. 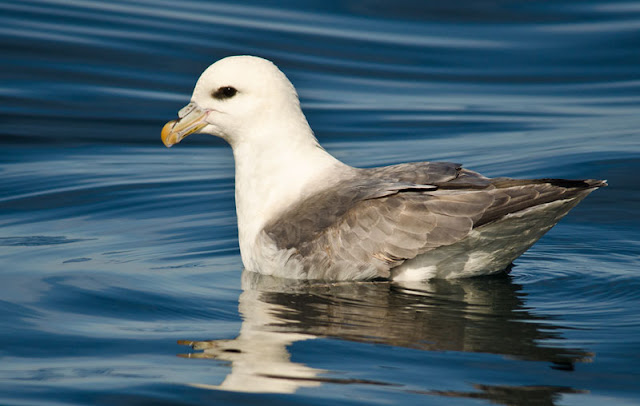 Another close up of a Herring Gull. 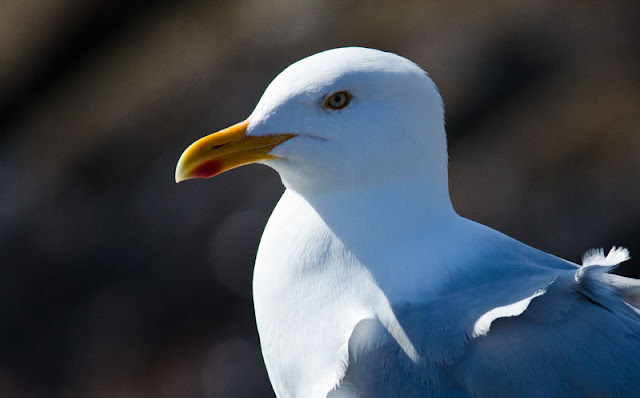 Quite a few Shag nest on the island and I quite like the environmental shot. 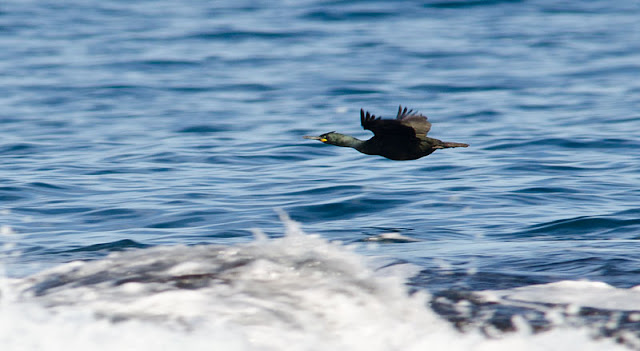 I tried to get some shots of the crash landing of the auks but the best I got was this Black Guillemot with the brakes on. 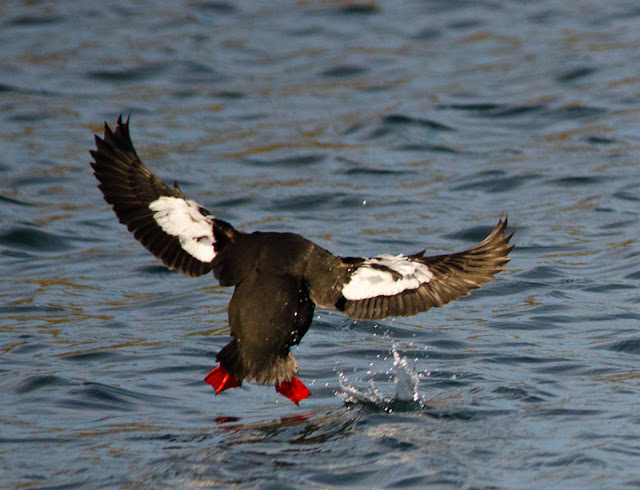 The Fulmars are paired up and don't take too kindly to other birds getting too close.

The bird in the foreground showed no aggression but kept a safe distance! 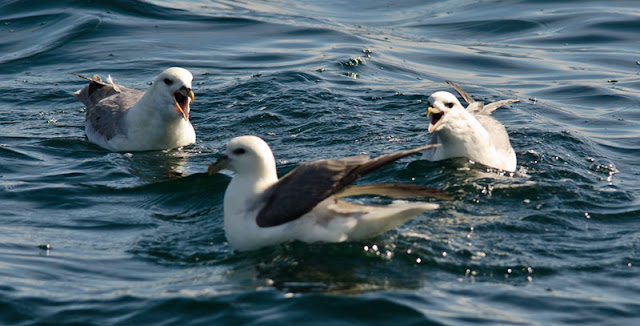 We had a group of about six Purple Sandpiper dodging the waves from the swell. It looks quite calm at the back of Staffa.

With the other passengers back on board we went for a closer look at the Puffins.

Not a bad looking bird. 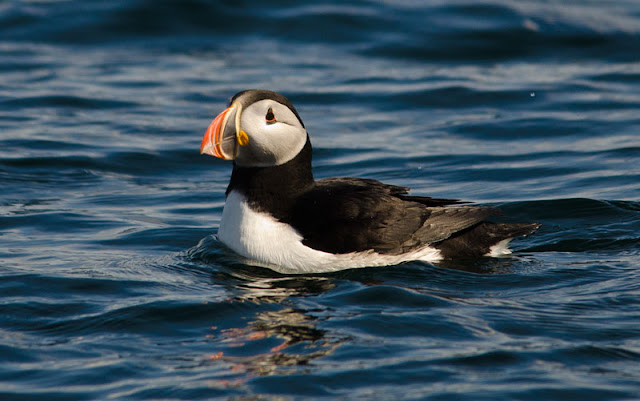 You can't go out on a boat and not see some seals. We had a single Grey Seal and plenty of Common Seals.

Good views of the Shags as we came back to port. An excellent trip in any weather but the sunshine helps! 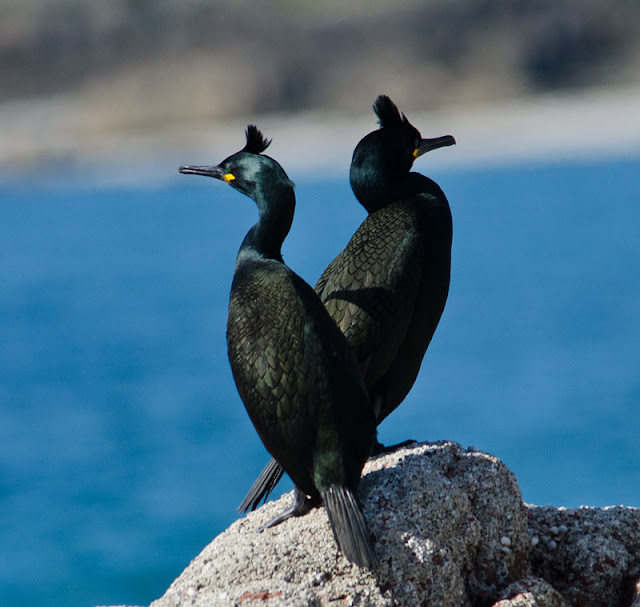