Don't panic - it's just the end of Summer. Autumn is here now and the Bracken is starting to die back, the leaves are starting to fall off the trees and maybe, just maybe, we'll get some exciting migrant birds.
Thursday was a pleasant enough day with a decent breeze blowing. With the guests on board we headed off in search of the wildlife and almost drew a blank to start with. The tides are running very high at the moment so there was no sign of any waders at our first stop but they'll be out there somewhere. No sign of any Mountain Hare either so, not wanting to leave empty handed, we wandered around until we found one. While slowing down for some oncoming traffic we noticed three leggy birds parading in a field (I know what you're thinking). Three Black-tailed Godwit but I only got a photo of two - stunners! 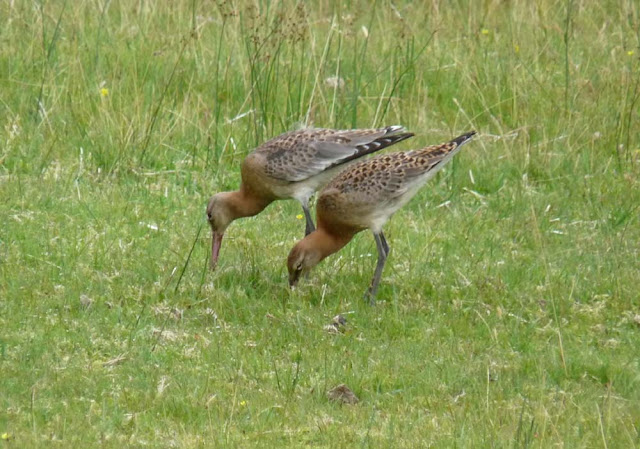 Golden Eagle was high on the agenda for the day so a young bird trying to avoid a cloud of Ravens was nice to see but better was to come when we arrived at the next location to find one sitting on a ridge. 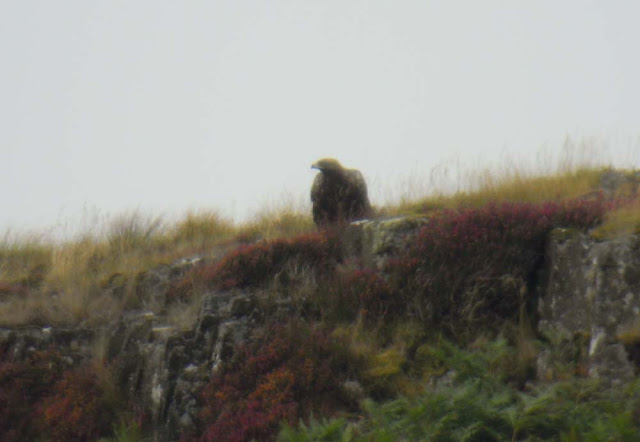 It put on a fine flying display before disappearing. Next up were the WT Eagles. Not a sign to start with and a couple of folk turned up to say they'd just seen one, in flight, about a mile away. That started a bit of conversation on 'should we go after that one'...I said we should be patient and we'll get what we want. Ten minutes later one of the young birds flew in and gave us good views and then another youngster flew over the top of us - result! Just as we'd all clambered aboard the motor we noticed one of the birds heading towards us - everyone back out to watch this fly past... 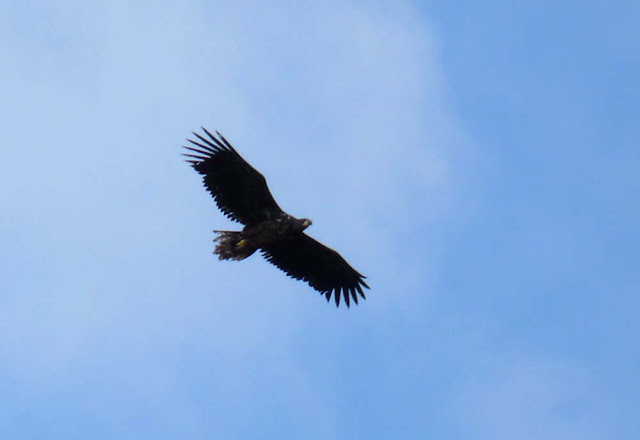 The Otters proved to be elusive but we did find one eventually that most people got onto.
On Friday the weather was nice in the morning but the rain was due in the afternoon. Trying to make the best of the weather we went in search of both types of eagle to start the day. Two WT Eagle, an adult and a juvenile, were perched in the trees and then flew off. The Common Buzzards were everywhere some showing better than others but this poser got the most attention. 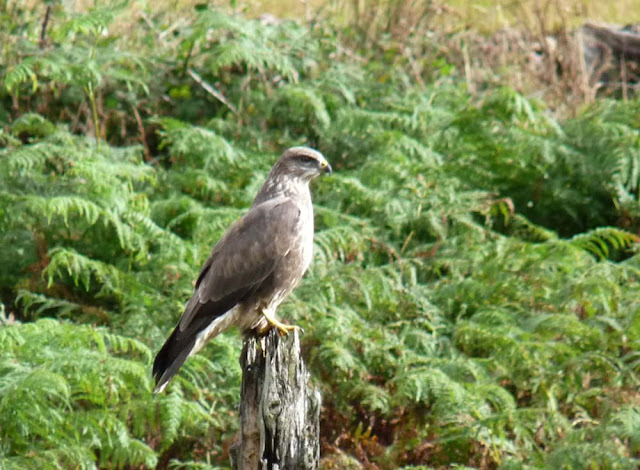 With the skies starting to darken we took in what would be the last of the good views of the the day and also a herd of Red Deer hinds. A Golden Eagle appeared from nowhere and gave us close views before being joined by it's mate - cracking stuff! 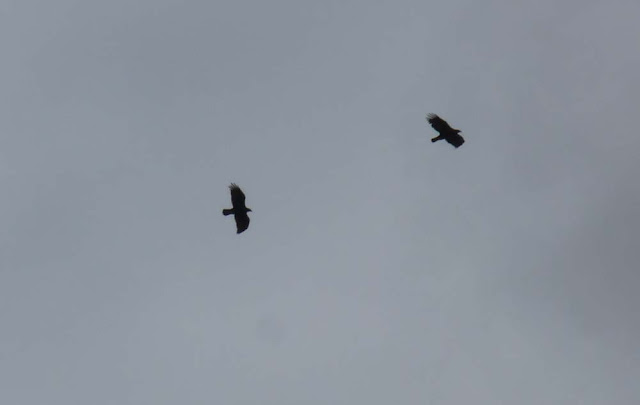 Once again it took a while to find an Otter but when we did get onto one it performed to everyone's satisfaction. A Slow Worm was found by one of the guests just before the heavens opened. The best of the afternoon was the Mountain Hare and an anniversary treat for the last two guests to be dropped off as we picked up another two Otters along the way. So there you go, the end of Summer, the beginning of Autumn and nothing has changed!
Posted by Bryan Rains at 10:31

beautiful black-tailed godwit and a very imposing portrait of the common buzzard.