The weather really calmed down and the sun came out so I tootled around checking a few areas to see what was on offer. A hunting Common Buzzard got some grief off a Jackdaw. 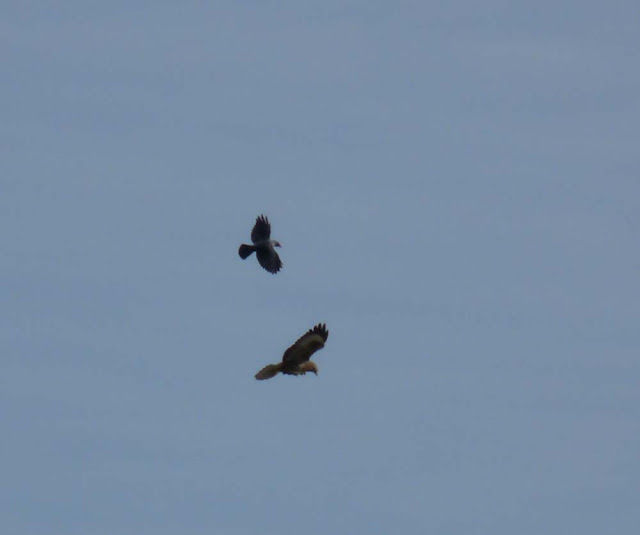 The Skylark flock was a bit easier to see in the calmer conditions... 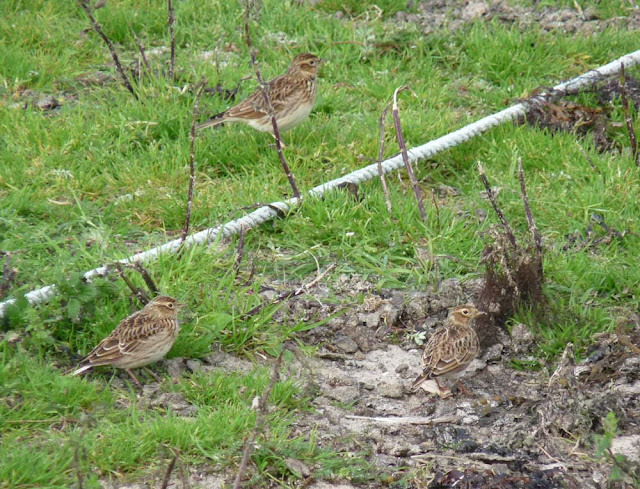 ...and a single Ruff was very obliging as it fed in a small pool. 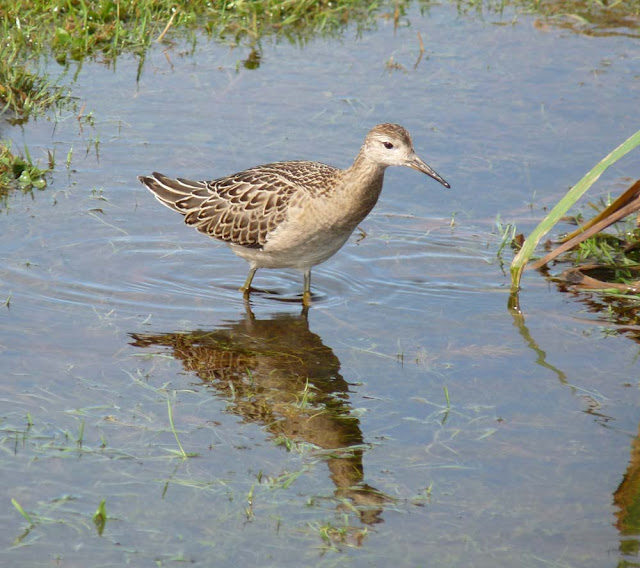 It was warm enough to check out the reptiles too but I wasn't expecting to see too many. Two Adders were seen but only one photographed. 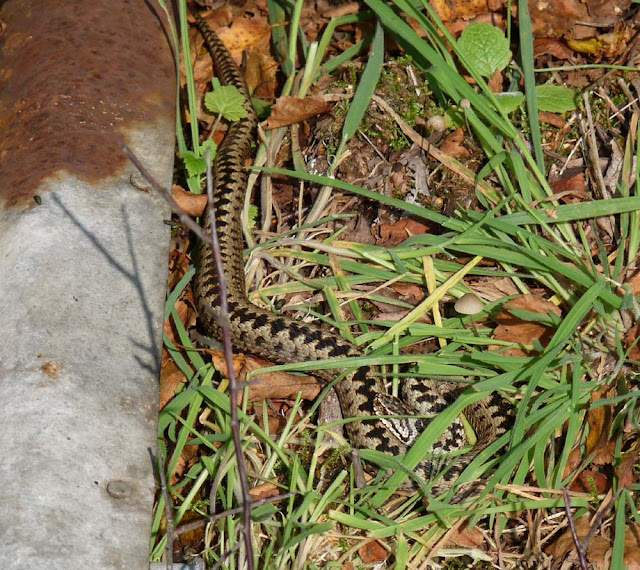 The Common Lizards were out in good numbers too but these basking individuals were the easiest to capture. An adult first... 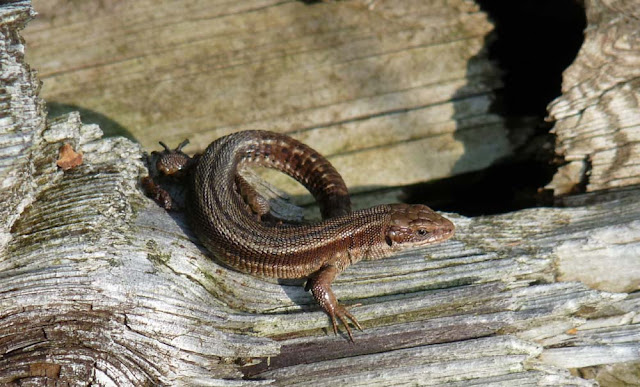 ...and a nice, green looking, youngster. 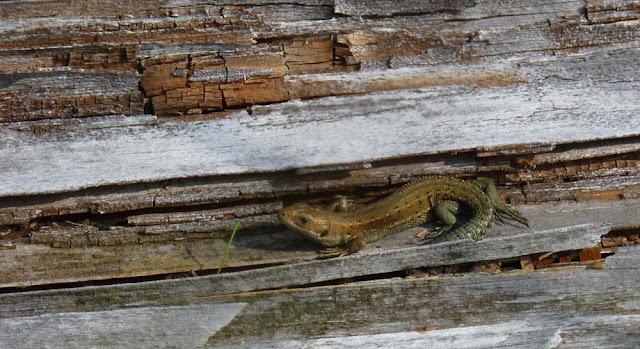 The Hooded Crows are starting to gather in flocks and show well as they forage along the shore. 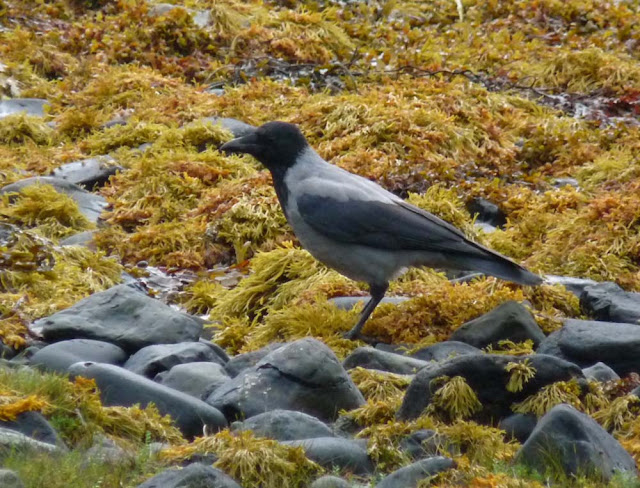 Stonechats seem to have had a good breeding season and are much in evidence now. 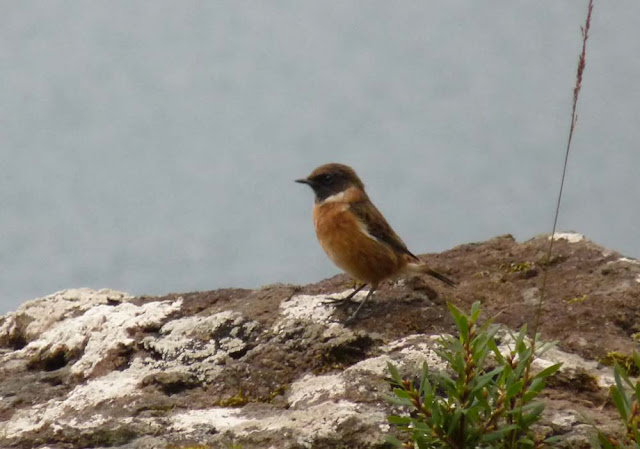 A Red-breasted Merganser with 3 youngsters has managed to keep her full brood.