ONE HUNDRED AND EIGHTY!

Monday was a true test of patience as we got battered with the wind and rain that was the tail end of Hurricane Katia. With it being a bit wet, as soon as everyone was aboard, the windows steamed up. Job number one - try to keep the windows clear! It wasn't too long before we all got out to look at a WT Eagle sheltering from the rain. We all got soaked but we all saw the bird which was an achievement in the poor visibility. Next up was trying to find an Otter. With the rain hammering against the windows it was difficult to see out so there was only one thing for it - keep the window down! The inside of the motor was as wet as the outside. With no Otters to be seen we checked out the waders that were on the shore. I managed to get a poor, but identifiable, photo of one of the Curlew Sandpipers. 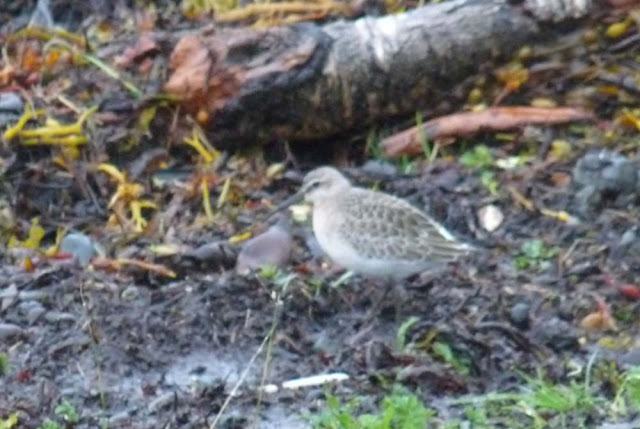 I was convinced we'd overlooked an Otter along the way so another good hard look turned up a furry beast. Another good soaking for all as we watched the Otter make it's way along the shore. There is always more appreciation for what you see on a wet day as they are usually hard won finds - Buzzard hunting was a good one, Gannets were out in good numbers, a male Hen Harrier cruising through the rain was an awesome sight, Swallows battling the elements - I could go on! As for the title of the blog I found my 180th species of bird on Mull today in the shape of three Ruff. The photo below shows two of the birds with a Golden Plover in front of them. 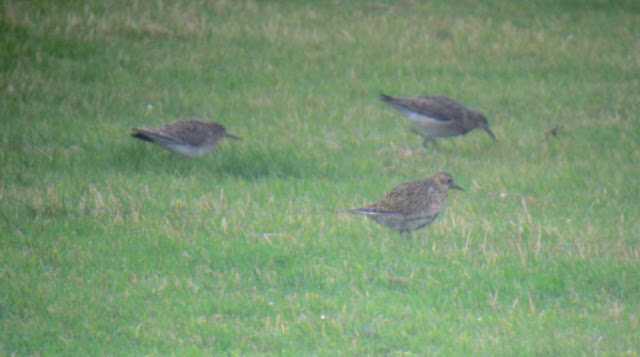 Skylarks and Meadow Pipit were in good numbers and a couple of Mountain Hare were good to see. Just before I dropped the guests off we picked up a Dipper as it flew along the shore and then landed to give good views. 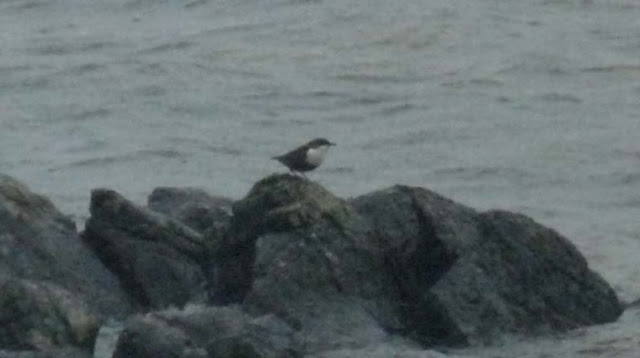