Wet and windy weather on Friday for the tour but still a good day out. Three Mountain Hare together were a bit of a surprise as they chased each other along the beach rather than hiding from the wind. Still a good flock of Skylarks around and the Rock Pipit numbers are increasing. Another day of patience was rewarded in the afternoon as we had a nice Otter sighting. We picked it up in calmer waters and watched it fishing... 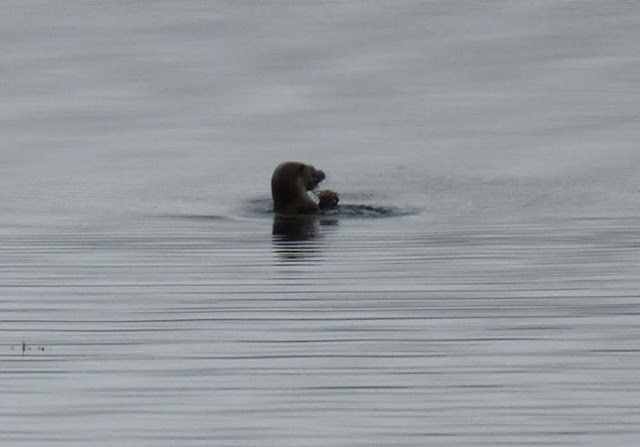 ...before it moved closer to the shore and clambered through the seaweed and peered out. 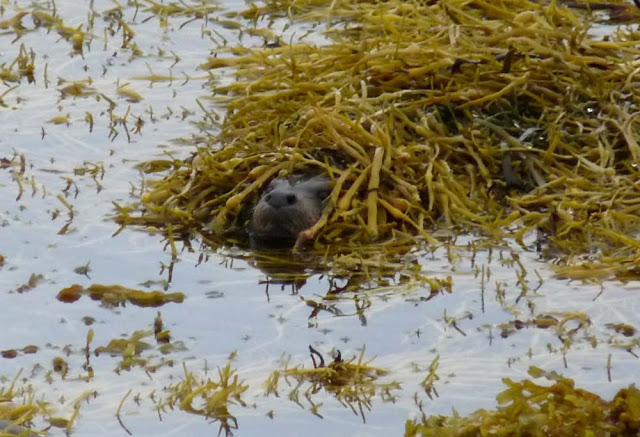 A WT Eagle put in an appearance in a brief clear spell and a good spread of waders were seen. Quite a few Redshank in a couple of places but the Dunlin, Turnstone, Ringed Plover and Sanderling flock was given a good chunk of time.

The weather started to break as the day was coming to an end so a final effort for Golden Eagle paid off. We got the bird at close quarters as it sat on the ground and then it took off to show it's huge size to better effect. A tough day but thoroughly enjoyed by all.
Sunday was a real stinker as the wind was quite strong with lashing rain. We had an awesome start to the day as we viewed a sprinkling of waders - Redshank, Ringed Plover, Curlew and Dunlin. I picked up a male Hen Harrier next. We watched this bird as it hunted in the distance but it was making it's way closer to us. A Sparrowhawk got up to harass the Hen Harrier and still it came closer. Just as we were getting cracking views all hell broke loose as all the waders and gulls took to the skies. The Hooded Crows all left the ground too as a WT Eagle came over the top of us to take some prey from the far shore. Five Golden Plover and two Turnstone flew in as things started to settle down. we attempted to get closer to the WT Eagle but too many distractions along the way as we picked up the Sparrowhawk at close quarters plus a female Hen Harrier and then a Kestrel too! The sea was really choppy but that didn't stop us from finding an Otter... 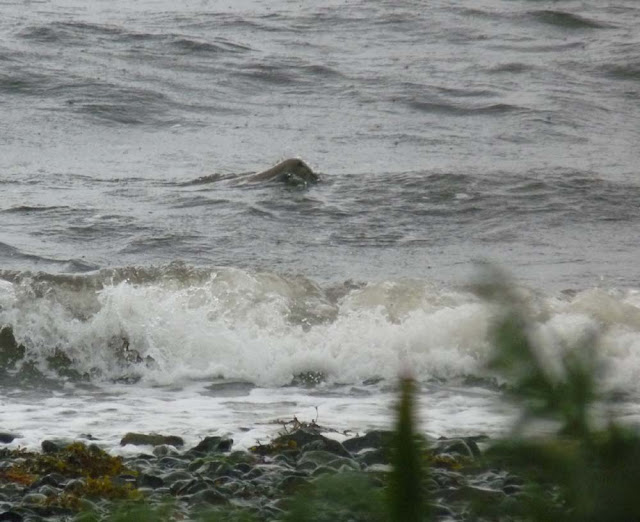 ...but the rain forced us back into the motor so we lost that one. Two minutes later we were onto another one. This Otter caught a fish and headed for shore. It looked like it was going to haul out in a place we couldn't view but the crashing waves changed the Otters mind and it came over the top to eat it's fish on the edge of a pool! 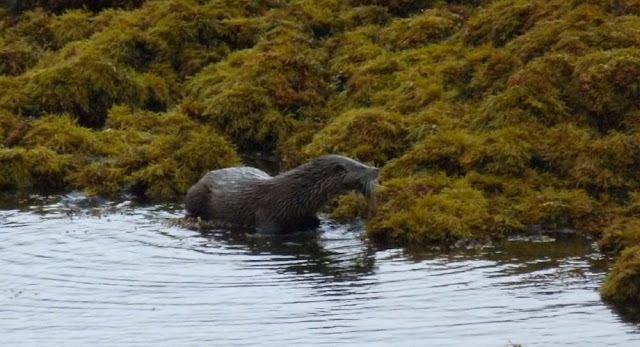 Four Curlew Sandpipers (the first I've seen since 2007) were next on the list along with a Greenshank. We even saw the sun, briefly, in the afternoon so we walked the beach and picked up a couple of Knot amongst the Oystercatchers plus lots of Rock Pipit, Pied Wagtail and a couple of White Wagtail. We finished the day with superb views of Mountain Hare. 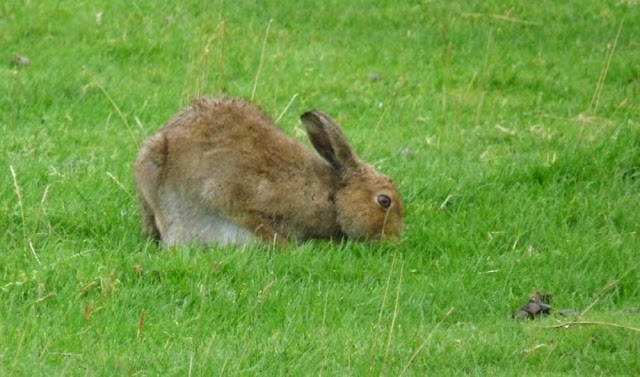