Tuesday was another rainy day but the wind had dropped but the birds still get out. A juv WT Eagle flew over the shop at tree height and a male Hen Harrier was hunting out the front in the rain. Wednesday was a much brighter day and dry too. Two juvenile WT Eagle started the day well... 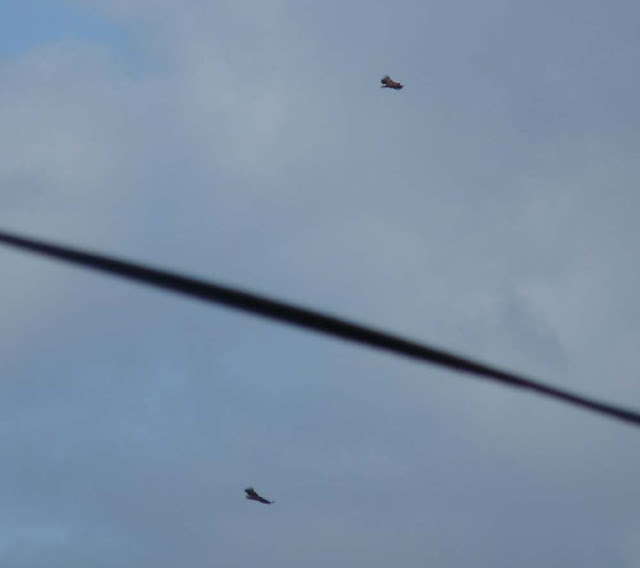 ...and an Otter that didn't want to get too close. 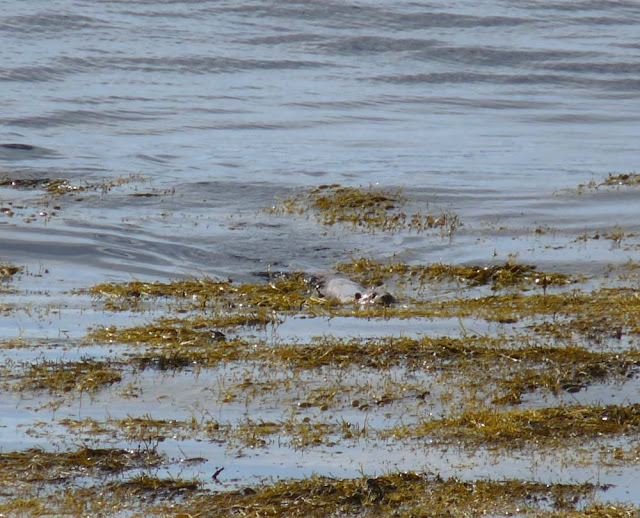 The wader flock was still hanging around but looking a bit more restless in the clearer conditions.

A flock of Long-tailed Tit were the first ones I'd seen since the Spring. Golden Eagle took a bit of waiting for but we got good views when it did appear.

Another good find in the afternoon was a Little Gull. No chance of getting close to this bird but it did land next to a Herring Gull which was a nice comparison of size. 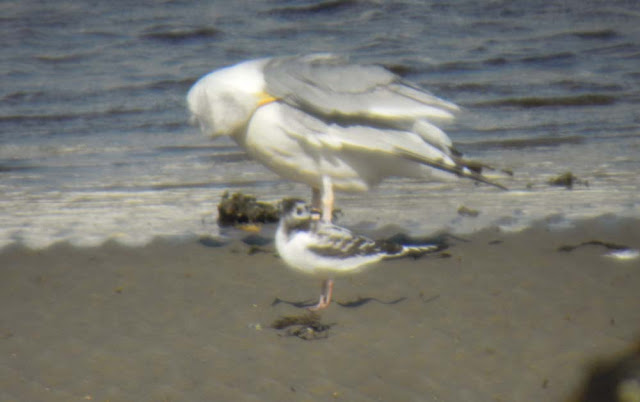 A good finish to the day as we were looking for waders. A brown blob in the middle of a flooded field turned out to be a Mountain Hare.

The Hare took it's time crossing the pool but it was interesting to watch.

A cracking view of a female Hen Harrier finished the day off in style.
Posted by Bryan Rains at 10:49