Not too bad a day on Monday with a drizzly start then some clearer weather. We started the day with a good view of an Otter on the move before it came ashore to show very well.

Next up were a couple of juvenile WT Eagle that kept dropping behind the trees. A frustratingly brief view of a Hen Harrier being mobbed by a couple of Hooded Crow was next up. There were plenty of Common Buzzard starting to appear as the weather broke. After viewing the Common Seals and an adult WT Eagle we headed for another spot that gave us a real treat. First up was another adult WT Eagle... 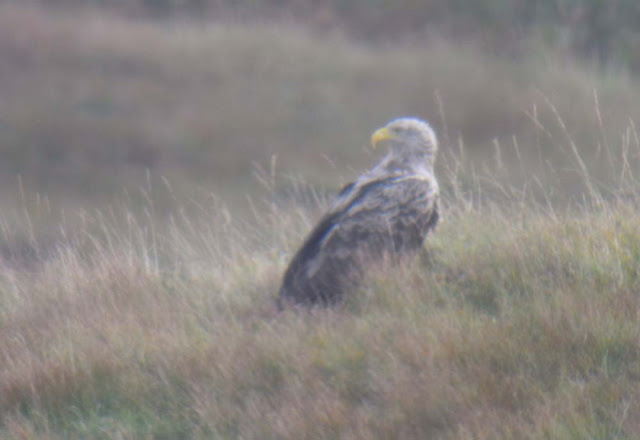 ...and the supporting cast of two Hen Harrier, two Kestrel and a number of Buzzard kept things interesting. When the WT Eagle took off it attracted the attention of all the smaller birds in the area but watching it chase one of the Kestrels was a sight to behold! Two Golden Eagle and a herd of Red Deer stags were seen too. Good views of some of the smaller birds were had too with 2 Yellowhammer proving popular, lots of Meadow Pipit and a couple of Stonechat. The search for 'Big Ears' was an easy one. Our first scan around for a Mountain Hare gave us one in the distance but as I got out of the motor I noticed one tucked into the rocks right next to us - what a fine looking beast too! 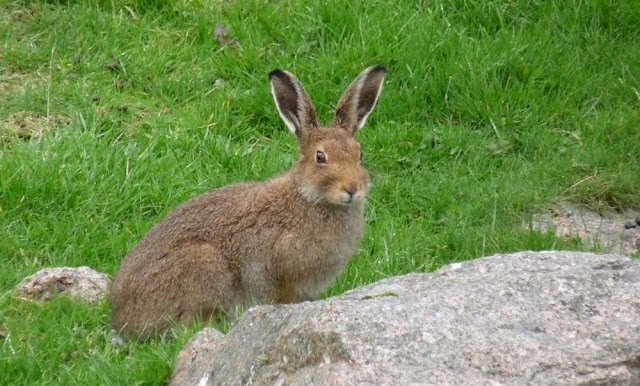 Tuesday was a cracking day with sunshine and a bit of a breeze. With the tide right in our Otter sighting was a cracking one. We had to wait for it to make it's way along the shore towards us but as it passed within a few yards it was worth it. 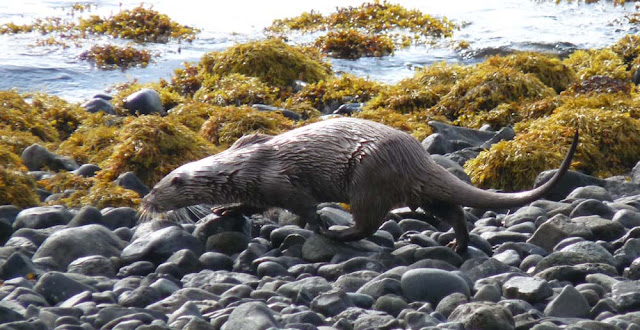 Once again the Common Buzzards were much in evidence just hanging in the wind which gave us the chance to get them in the scope - fabulous views. A juvenile Peregrine flew across the road in front of us just as we got an eye on a Buzzard that was perched up. As the Buzzard took off we watched it go and that got us onto two Hen Harrier in the distance. A quick drive along the road for better views of the Harriers paid off. A distant view of a Golden Eagle was the best we could manage after that. We tried to relocate the Goldie but we had no luck. A Harrier put in an appearance as we drove down a track but as we stopped to look at this one it was immediately apparent that it wasn't a Hen Harrier. The underparts were too extensively buff/orange and unmarked, the pale collar was obvious, the dark neck stood out too - this was a juvenile Pallid Harrier. I fumbled for the camera and managed to get a couple of shots of it too - awesome! 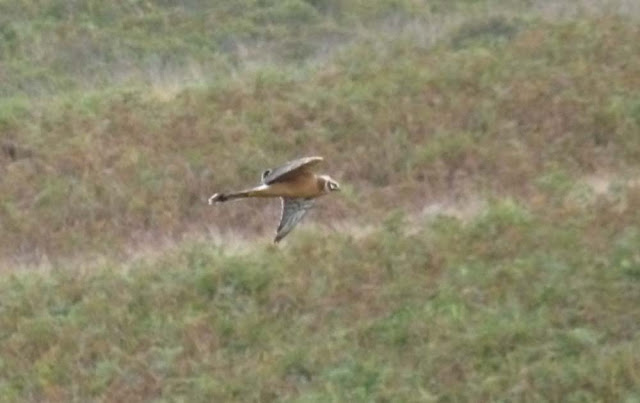 Everywhere we went there were Buzzards in the air so it was rude not to get a shot. 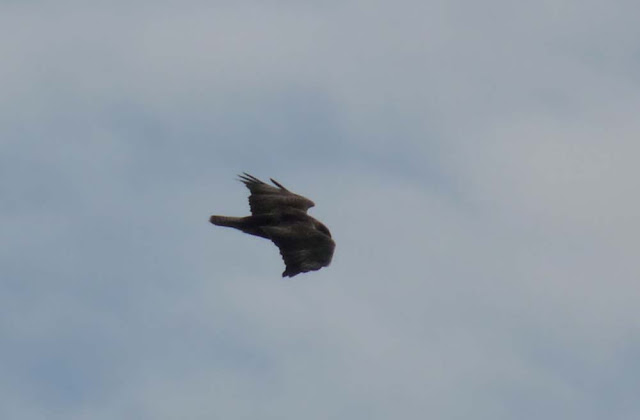 After seeing the Mountain Hare we made a determined effort to get both types of eagle as the distant views were not good enough. First up were two Golden Eagle riding the wind. We watched as these two put on a bit of a display. With one bird above the other the top bird just pulled in it's wings and dropped it's feet to plummet towards it's mate. It stopped just above the other bird for a minute or so before they both peeled off and headed for the ridge and out of sight. The WT eagles didn't disappoint either. We picked up two juvenile birds and had one fly just overhead. We followed these birds along the road as they were joined by a third bird. Lots of interaction followed and a cracking way to finish the tour. 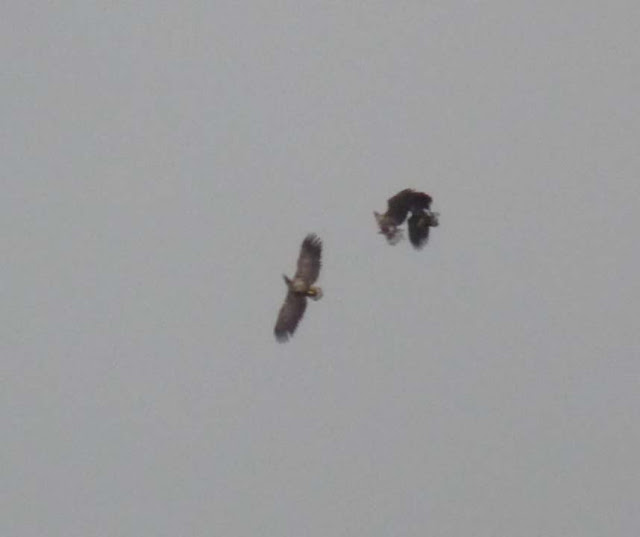 Cheers, John. It always nice to get a good one.