The velvet gloves are off.

Tuesday weather was good with less wind - result. None of the guests had never seen Otters before so that was top priority. We started the day with a single Mountain Hare or at least an ear of hare. 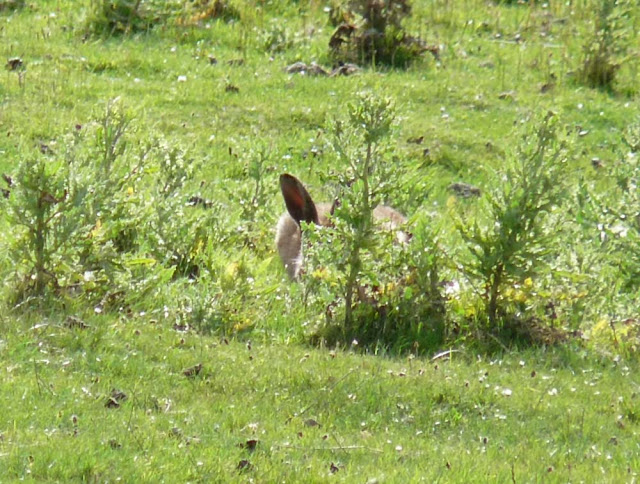 We dropped in to a couple of prime locations for Otters but the best we got were three Red Deer stags at the side of the road. Another stop and there was a single Otter asleep on the seaweed. It wasn't that easy to see so we moved closer but it was already on it's way by the time we pulled in again. A couple of Crossbill distracted us momentarily. 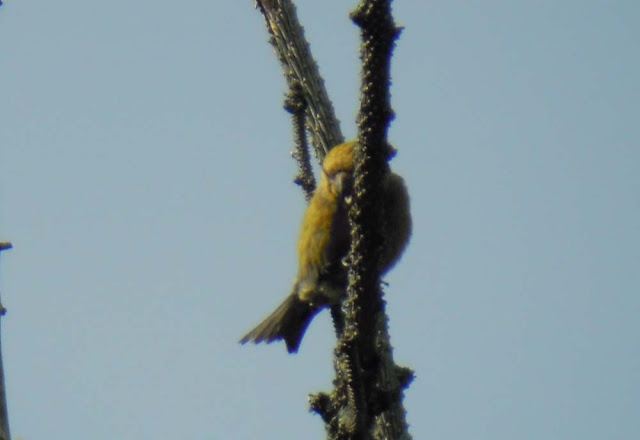 The Otter was swimming away from us but as it approached the far shore we noticed there were two cubs asleep - not bad for your first ever sighting of Otters! We left those ones to try to find a closer one. Our next stop did produce another Otter but it was distant and brief - surely we could do better. A WT Eagle was next in our sights - nice views in flight but it was heading off and gaining height. We finally got close views of an Otter when we picked up the fifth one of the day - not even lunchtime either! We watched this one fishing and eventually it came to shore with a fish. 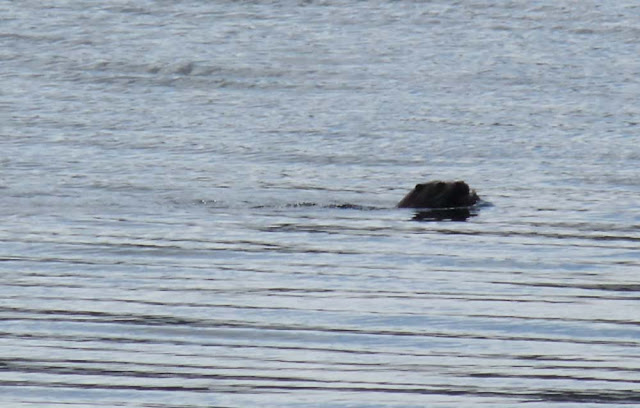 While that was all going on I managed to pick up a juv Golden Eagle some distance away but good enough views in the scope. We needed a plan for the afternoon after all those Otters - closer views of a Golden Eagle was the request. Once again I picked up a distant bird that was gaining height - it must have been more than a mile away to start with. We watched this bird as it turned towards us and pulled in it's wings to get forward motion towards us. It was a bit of a wait but eventually it was a close encounter. 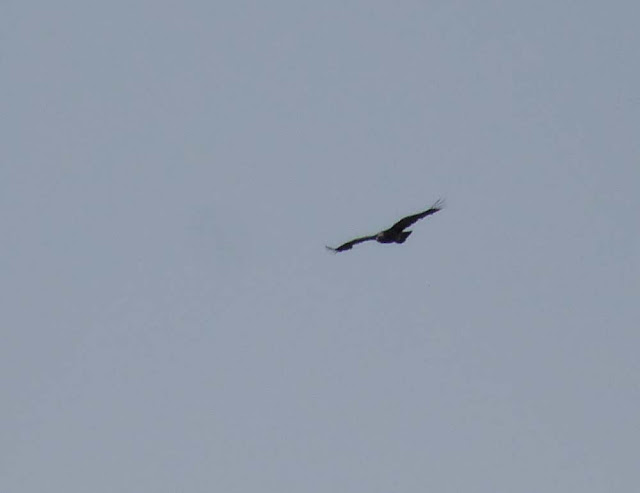 No Adder today as it was too warm but a single Slow Worm and a couple of Common Lizard were good enough. This young Lizard is no more than a couple of inches long and not much thicker than the blades of grass.

The Red Deer stags we'd seen in the morning were paid another visit. I'd noticed that one of them was just starting to lose it's velvet in the morning but look at the state of him in the afternoon!! 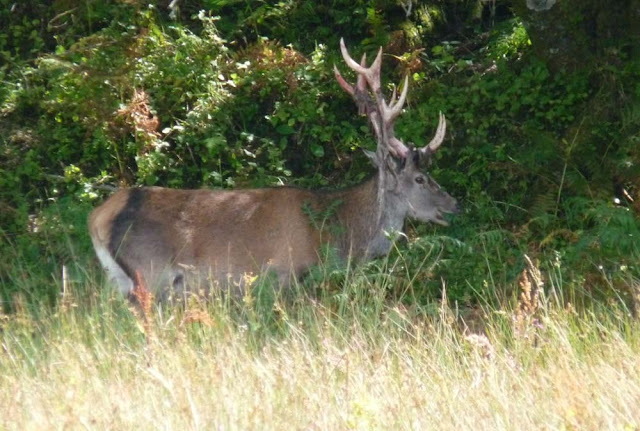 Just to finish the day off nicely we found an adult WT Eagle perched up and also watched it fly off.
Posted by Bryan Rains at 20:21