Friday was a bit grubby in places but as usual the sightings made up for it. A bunch of Mountain Hare to start the day before we set off in search of the elusive Otters. Along the way we bagged a couple of Hen Harriers... 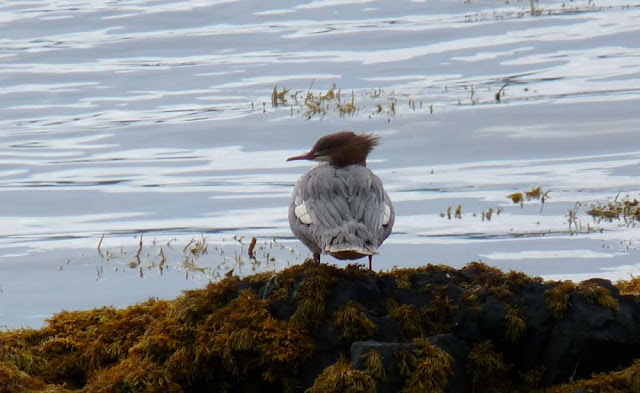 It might look like I use this photo a lot but it's a new shot every time - this Buzzard is a real show off! 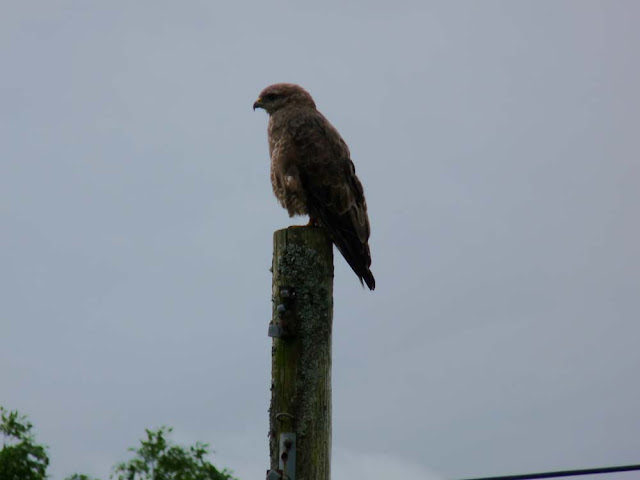 We'd searched high and low for the Otters with no reward and not much to add to the list but common birds, Adder and a couple of Common Lizard. One last effort to get the furry beasties turned up trumps when we located the mum and two cubs. They spent quite a bit of time in the water fishing... 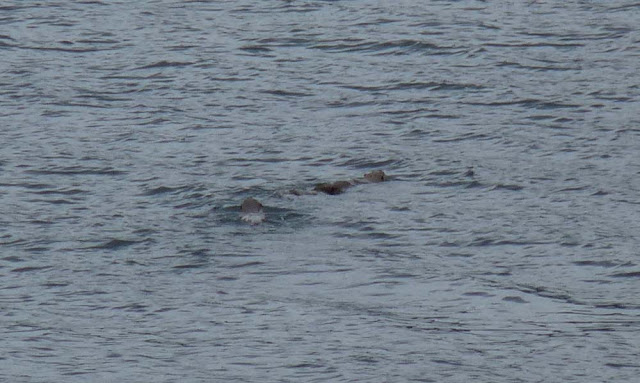 ...and each time they came ashore it was in a place we couldn't see! At least we got them.
Saturday was decent weather with some cracking sightings but less photographs. Stunning views of two Golden Eagle close to the road started the day off well. We followed that up with the WT Eagle perched in a tree and off to find the Otters. The wind had picked up which might make things difficult but as I was explaining what to look for one popped up right in front of us - result! The down side was we lost it straight away as we tried to get in a better position. It was relocated and watched for half an hour and then lost in the choppy water. Another move and we had it back in our sights but this time it wasn't alone. Spot the Otters in this photo! 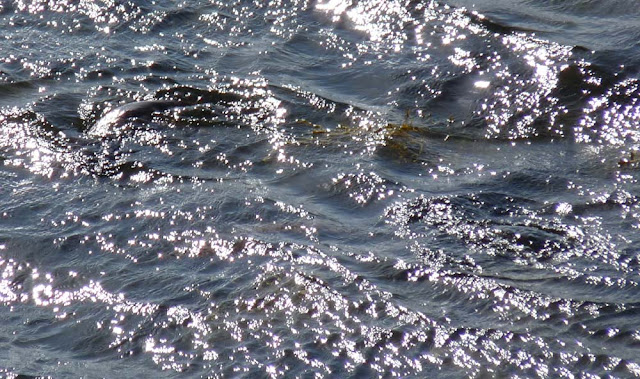 There are two Otters in that shot - one top left and the other bottom right. We managed to pick up the four Eider and the Goosander again plus another sighting of the two Golden Eagles. Reptiles showed well with a young Slow Worm and two Adders. Plenty of Buzzards around through the day but none better than the one we followed down the road. This one was taken through the windscreen so it's up to the usual standard! 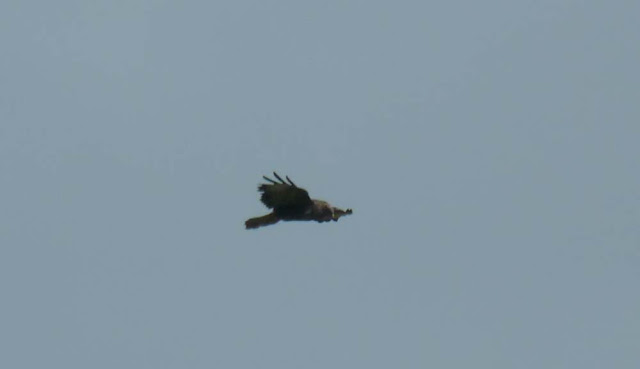 Another good finish to the day with flocks of Linnet and Skylark, Mountain Hare and a Sparrowhawk.
Posted by Bryan Rains at 19:22