Wednesday was another good day for sightings but the weather was a bit iffy in places. First on the list was a male Hen Harrier that we picked up while looking for Otters. A cracking Otter sighting came next as we managed to get down to the shore and watch this one from close quarters while it was bringing crabs ashore to eat. 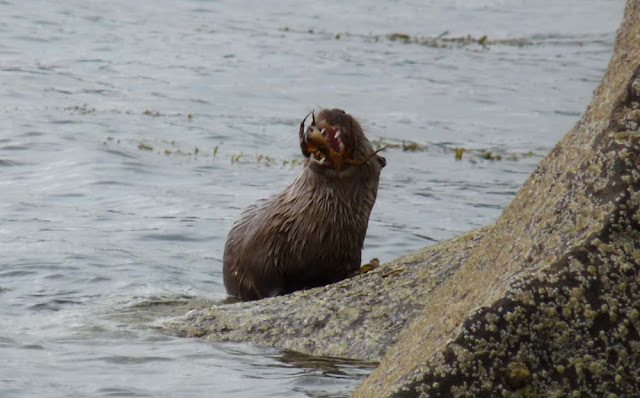 A bit of video footage too. There must be a way of keeping the quality but I haven't worked that out yet.
The WT Eagles put on a fine display after that and then the clouds started rolling in. With some good sightings in the bag we didn't worry too much about the weather. Decent numbers of Curlew along the shore, a few Wheatears are still hanging in and lots of Meadow Pipits everywhere. 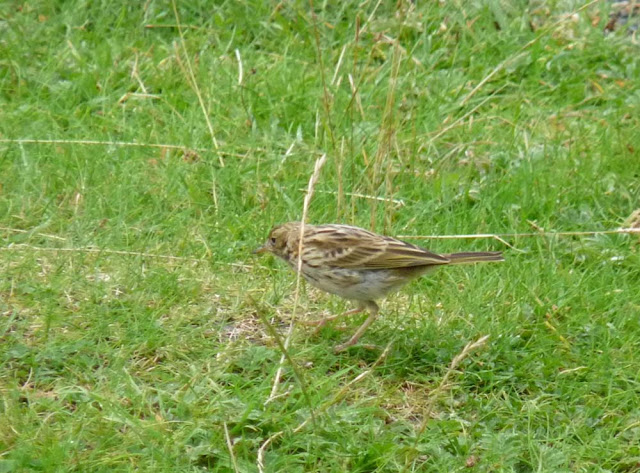 The rain started in earnest after that but thankfully it didn't last too long. Four Eider ducks enjoyed the shower.

We put in a good effort for Golden Eagle while the weather cleared but there was no sign of them flying around. We made the decision to move on and try somewhere else. I made another stop to have one last look around and located one of the Golden Eagles sitting on a rock in the distance. We did get a bit closer but it was still a distant view. Next on the list were flying pigs - I haven't gone mad, honest! The pigs were getting fed when we arrived at the next Golden Eagle site and one of the sows was literally launching the piglets out of the way - so there you go, pigs do fly;-) A Golden Eagle hove into view and landed on one of the poles so we were into the motor and racing towards it in seconds - result! 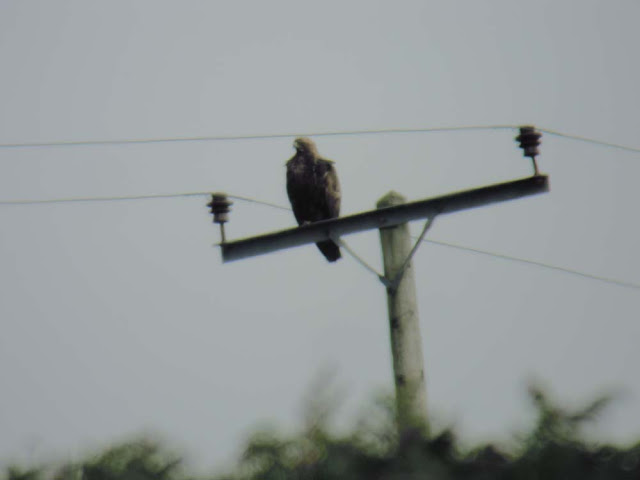 It wasn't too long before it was flying again and not away from us either - have some of this! 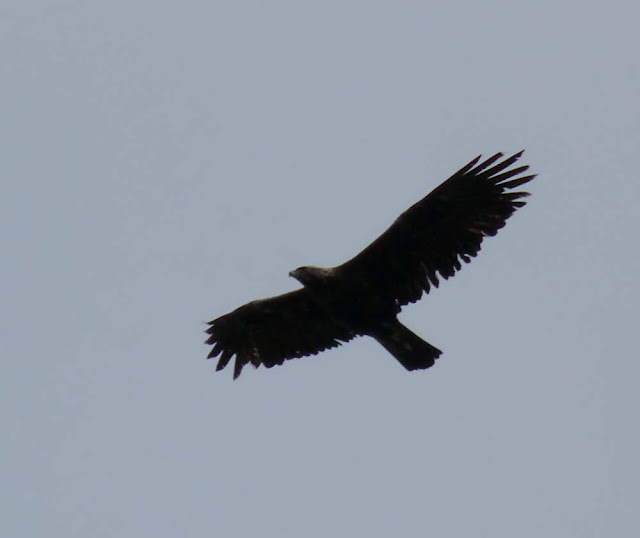 Cracking weather for the rest of the afternoon, stunning views and plenty of sightings of common birds plus, of course, a good sighting of some eagle food. 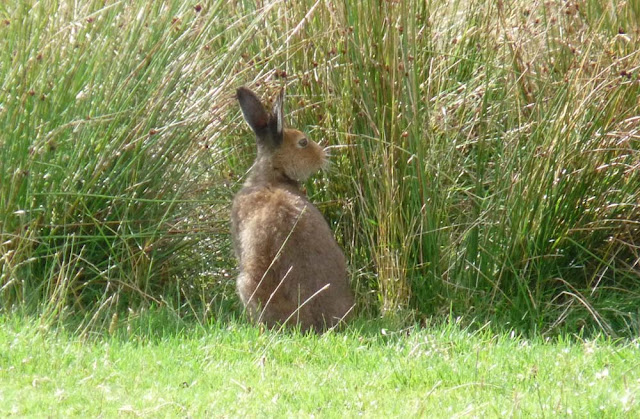 One last photo opportunity as we headed for home was this Stonechat. 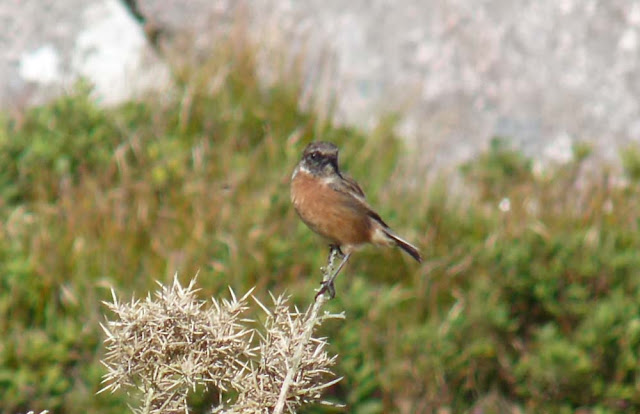 Thursday was a complete contrast as it was forecast to be pleasant all day with a decent breeze blowing - perfect eagle weather. Someone needs to tell the eagles about these perfect conditions as it was a struggle to find anything flying around! We did start the day with a superb performance from the WT Eagles as the male bird teased the youngsters with some food it was carrying but he wouldn't let them have it - lots of flying about ensued. A decent view of an Otter followed and then things got difficult. Most of the Buzzards that we saw were perched up and the skies remained devoid of birds. The commoner birds were seen but took a back seat to the obsession of finding the elusive Golden Eagle. There was some serious effort put in but it took all day before we finally cracked it. A male Hen Harrier hunting the moor was well watched and right at the last a Golden Eagle cleared the ridge briefly. We hung on for another view. A WT Eagle showed briefly, another brief view of Golden Eagle and then 3 big birds were picked up. It was three Golden Eagle together - a just reward for the effort we'd put in.
Posted by Bryan Rains at 09:22