Tuesday was a pleasant but overcast day that ended up in rain but the sightings were terrific. A good start was had with Swallow, Curlew, Golden Plover and Eider. With everyone peering intently out of the windows it wasn't too long before a double shout for Otter went up. One of the guests and myself had seen an Otter surface just ahead of us so we hauled in and enjoyed good views of it feeding offshore. A Willow Warbler was singing from a bush right next to us too. 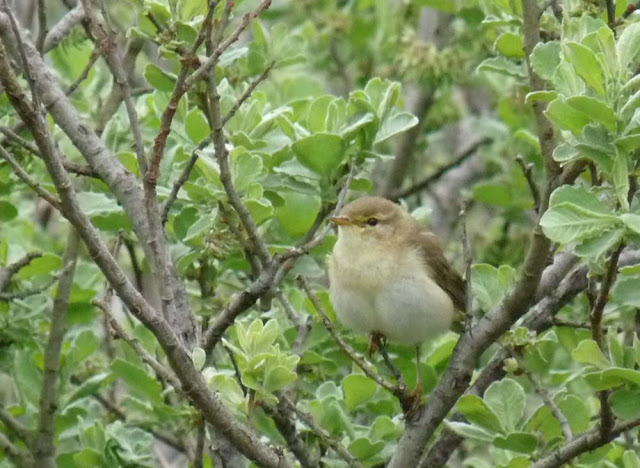 As the Otter was drifting further away we decided to move on but we got no further than 30 yards and this caught my eye! 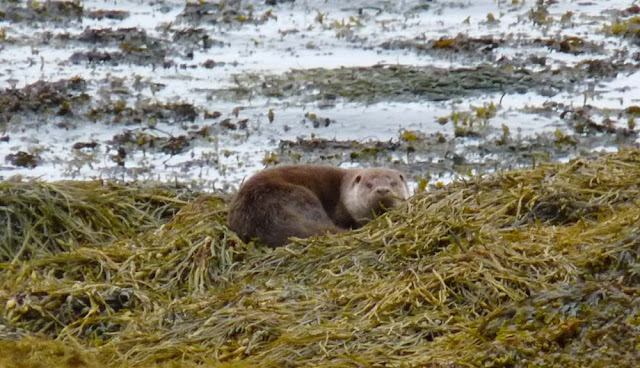 A Great Northern Diver was next on the list as this beast surfaced with a fish. 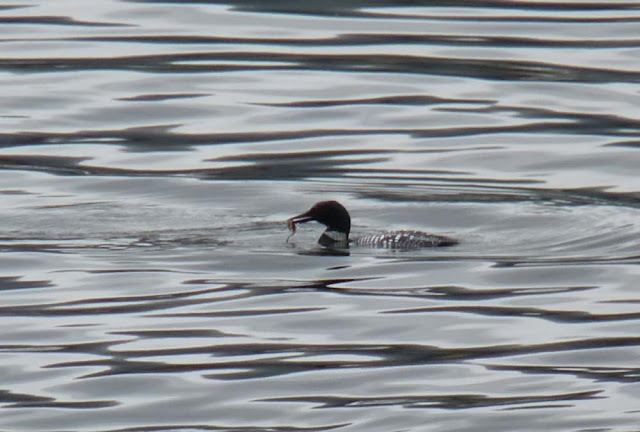 We didn't get very far and we located another Otter fishing just off shore. We watched for a while and then it started heading for shore and followed a stream to it's holt getting an Otter shower along the way - excellent!

With the weather starting to deteriorate we headed for the WT Eagle nest to get views of the female tending her chicks and then managed to get views of a Golden Eagle on the nest too. We'd done the right thing getting the eagles early as the cloud came in rapidly after that and covered the tops. A Common Whitethroat showed very well in a small bush until the camera came out and it moved deeper into the vegetation. 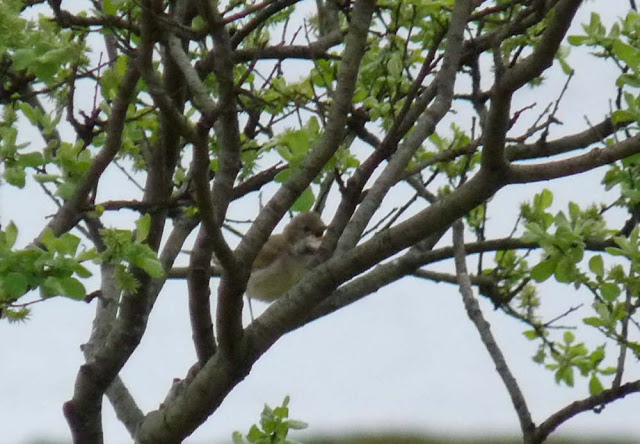 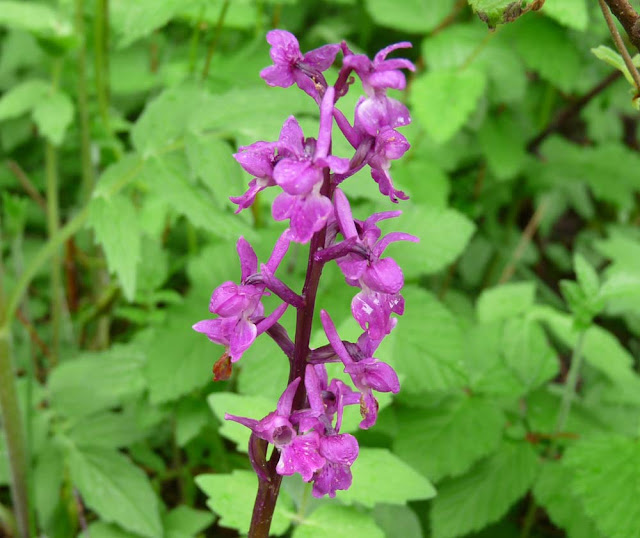 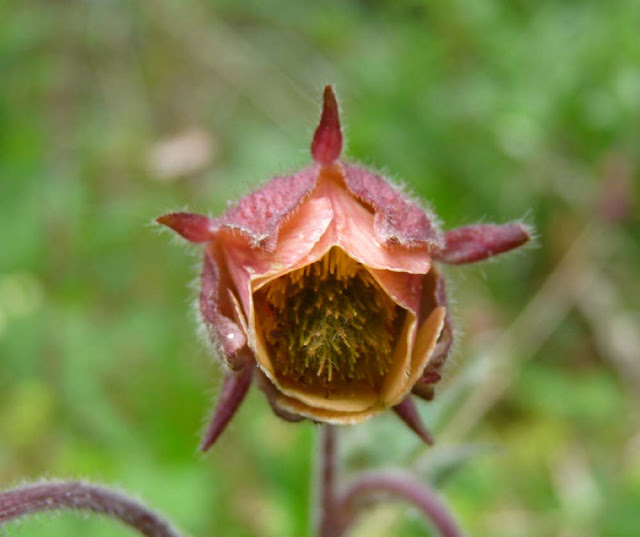 Despite the poor conditions we kept up a good pace in the afternoon with Yellowhammer, Greenfinch, Common Buzzard... 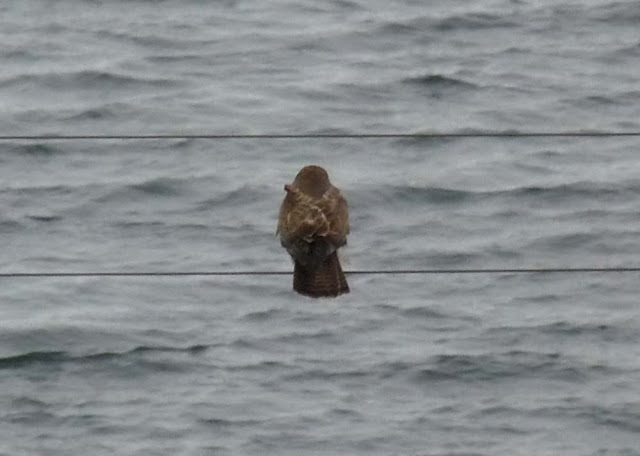 ...and Whinchat at one stop. 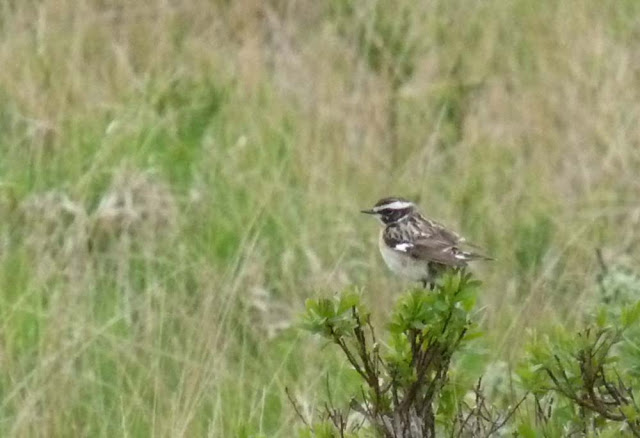 Our next stop gave us another Whinchat sighting, Linnet, Common Tern... 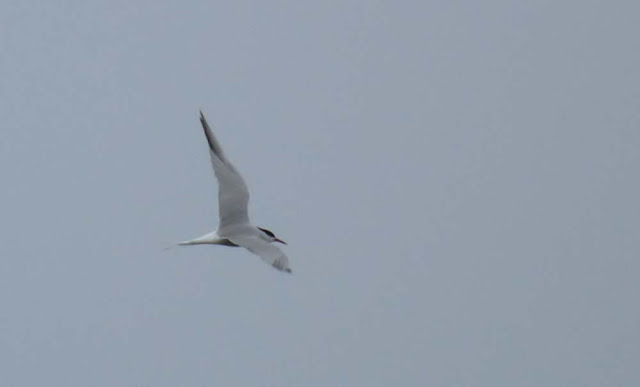 ...and couple of Red-throated Diver. 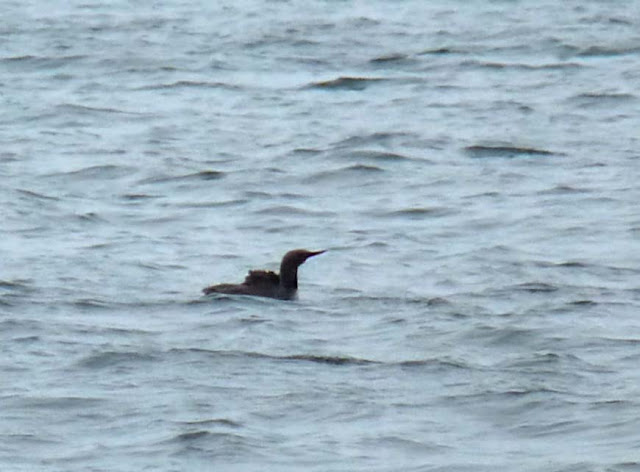 Lucky for us the rain didn't start until we were at our last stop of the day where we watched numerous Dunlin and Ringed Plover...

...Whimbrel and a few Mountain Hare. A couple of Black-headed Gulls (not that common in the Summer for us) flew past us so we went to have a look. We picked them up easy enough in the company of common Gulls and also this one - too dark on the back for Herring Gull and yellow legs. Is it a pale looking Lesser-black Backed Gull or a Yellow-legged Gull - any experts out there?! 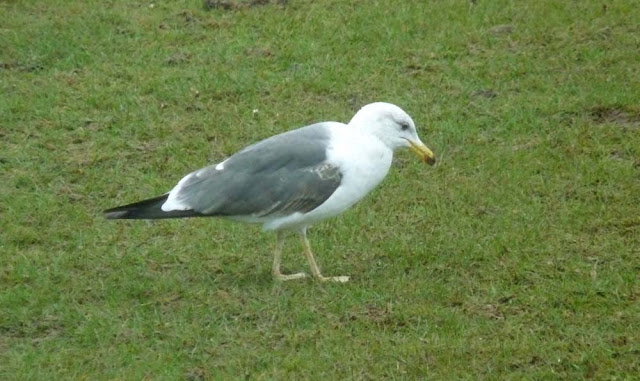 A Corncrake started calling close to where we had stopped and we all heard it but I was amazed to see it scuttle away when we moved on! Not a bad day out that one.
Posted by Bryan Rains at 09:20

So many interesting photos. Good shot.

Thanks for the comments folks.

It was a wonderful day, despite the cold! Fabulous otters, no adders(!) and you forgot the red deer near Killunaig.
And where's my superb shot of a fence post??? Many thanks Bryan.