It was a real surprise to find we were to be subjected to sunshine, showers and a strong wind on Wednesday just for a change - not! We did the best we could and put some serious effort into some things too so after the usual array of waders we struggled to add some of the smaller birds to the list and no big birds were putting in an appearance! A change of tact livened things up when we waited out a pair of Golden Eagles we got our reward as both birds performed some serious acrobatic manoeuvres before disappearing as the rain arrived. With our spirits lifted we then failed to find any sign of an Otter. Photographs? I managed a shot of the Sundew in the sun but apart from that it wasn't happening. 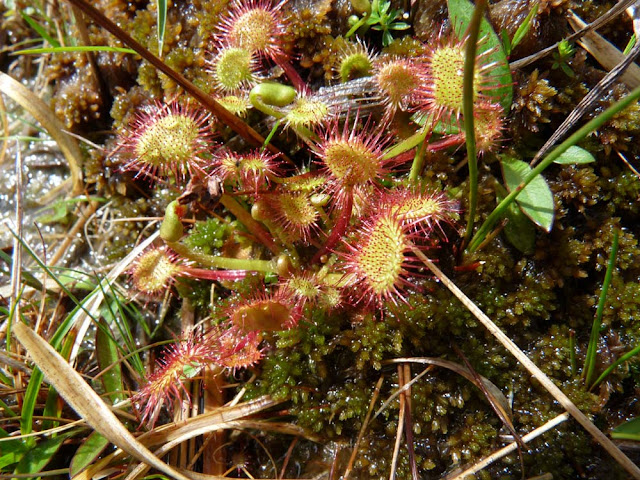 We viewed the WT Eagle before heading back in search of an Otter which was high on everyones hit list. It wasn't looking good as the water was very choppy but right at the last moment I spotted a dot in the waves, put the bins up and there was our prize. It was a struggle to get everyone onto it as it started for the shore with a large fish in it's mouth but we all got a view. A brief look wasn't good enough so we changed position and refound the Otter just as it came ashore - result!! 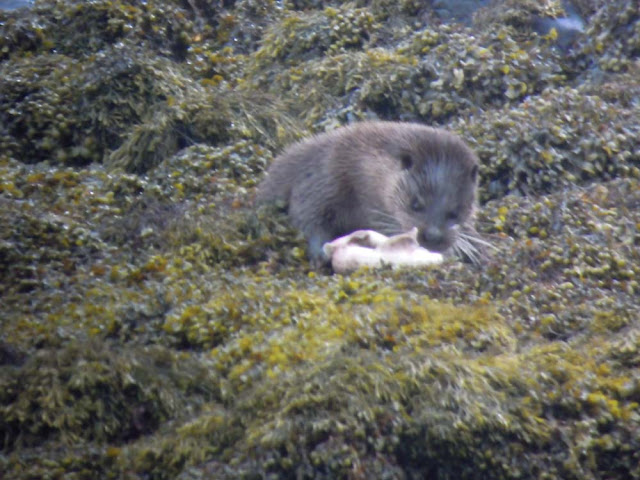 Thursday the motor went in for a service so I was at a loose end. I hitched a lift with Postie as he headed for work and ended up on Iona. I managed a brief view of a Corncrake and heard a few more but I spent as much time hiding from the showers as looking for birds. A Wheatear was collecting lunch for it's youngsters... 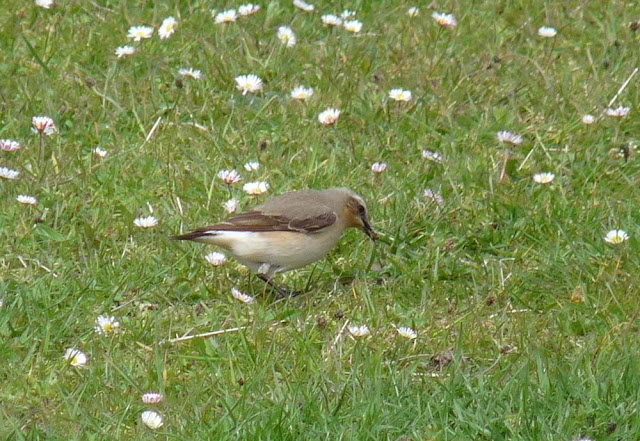 ...as was this Starling. 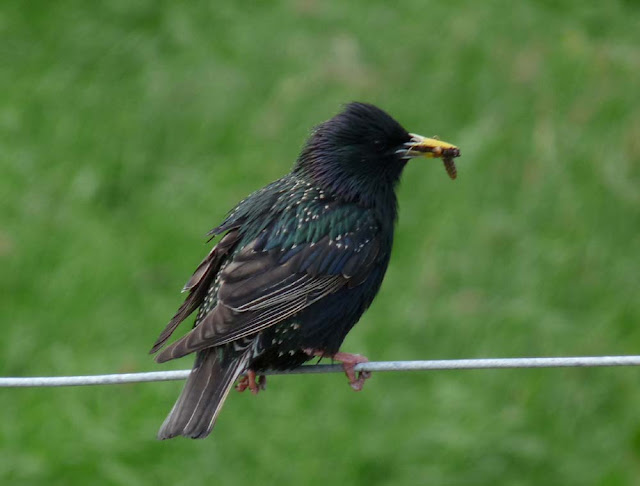 A different kind of lunch was being sought out in the Sound of Iona as the Common and Arctic Terns passed through with Gannets showing well too. 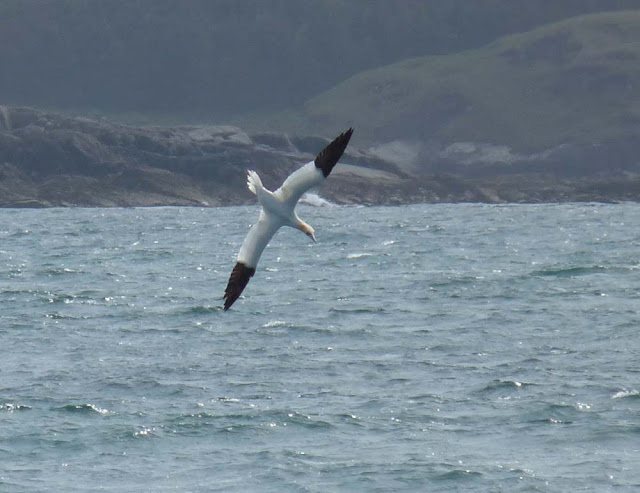 After having my lunch I met up with Postie again to see if we could get better views of a Corncrake or even a photograph. With the vegetation quite high we had to be happy with the head that popped up every now and again. 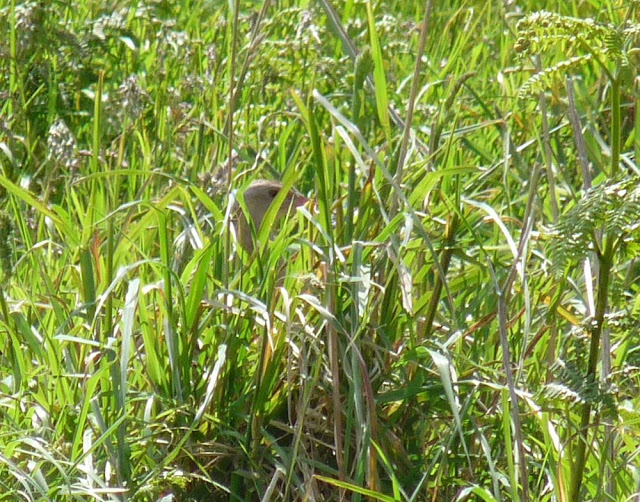 Cheers to Postie for the lift and the Hen Harrier we got on the way back to the garage - I don't how you organise these things!
A bit of a surprise on Friday as not only did we get wind and rain but we got some snow too! 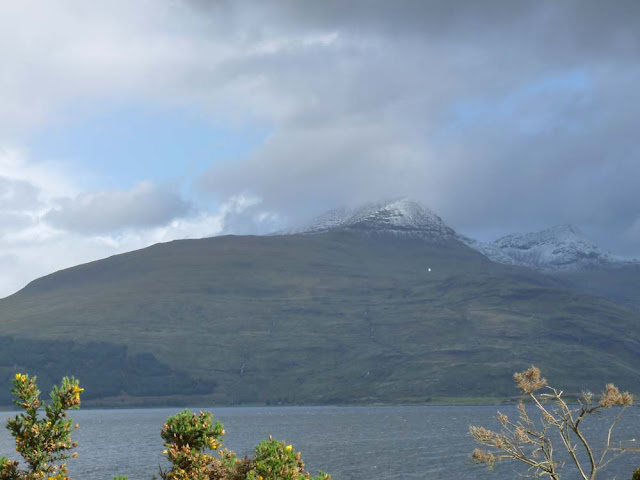 As for the tour on the day we fared quite well as a Mountain Hare crossed the road and another ambled past the motor at the start of the day. 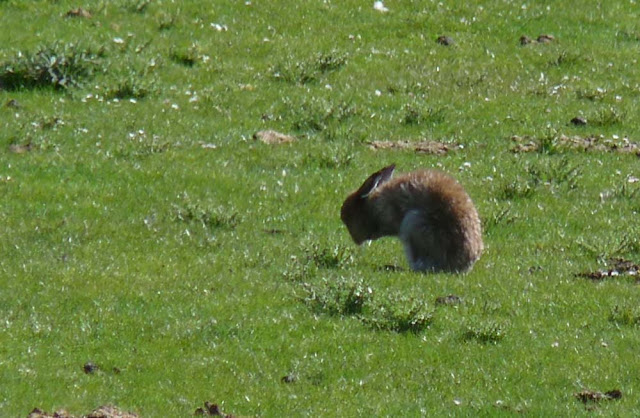 We got great views of the Golden Plover. 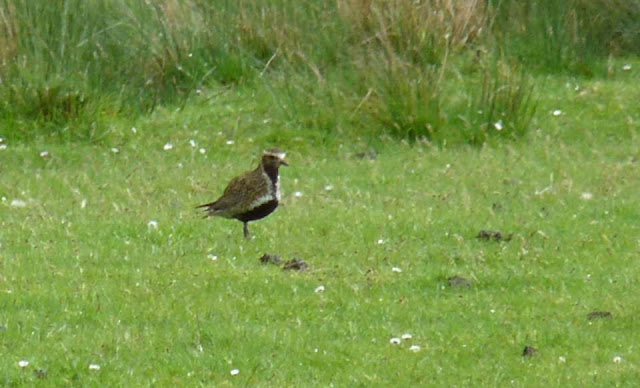 The Golden eagles put on another awesome display with quite a bit of just hanging in the wind... 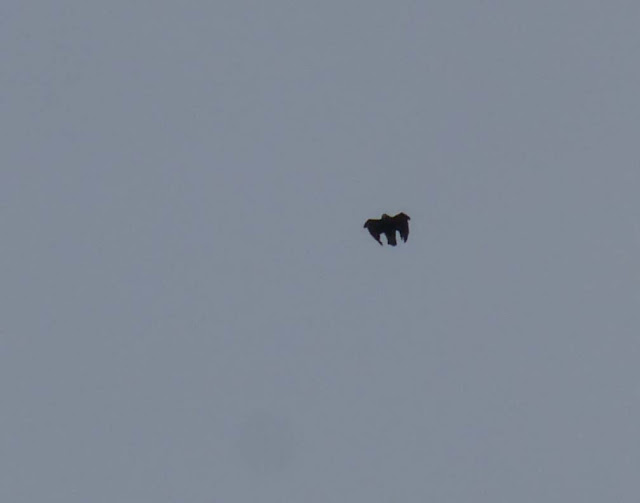 ...before opening their wings and shooting off at a tremendous rate and not a flap was seen. You have to see it to believe it! A sleeping Otter was a good find but the one having a wash and brush up was better again. The WT Eagles put on a good show too as we watched the birds change over, the chicks being fed and one of the birds being harassed as it flew off. 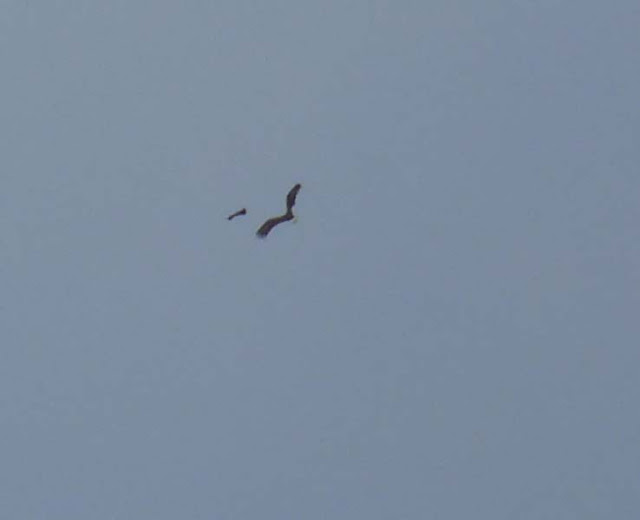