Saturday I had some time off so I went on an orchid hunt. Some are not quite in flower yet like this Lesser Butterfly Orchid... 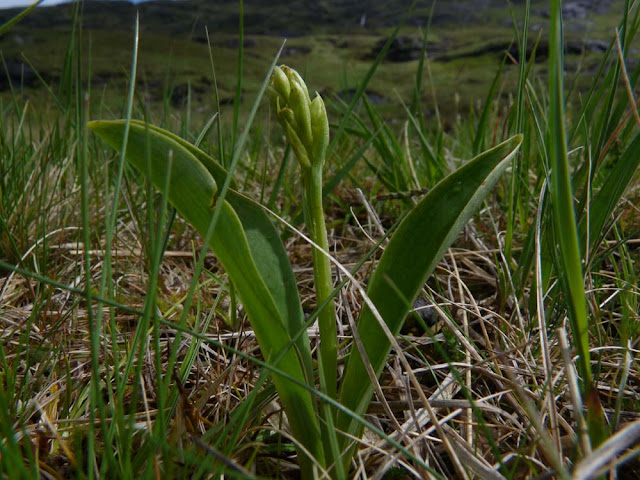 ...but the Early Marsh Orchids are flowering well. 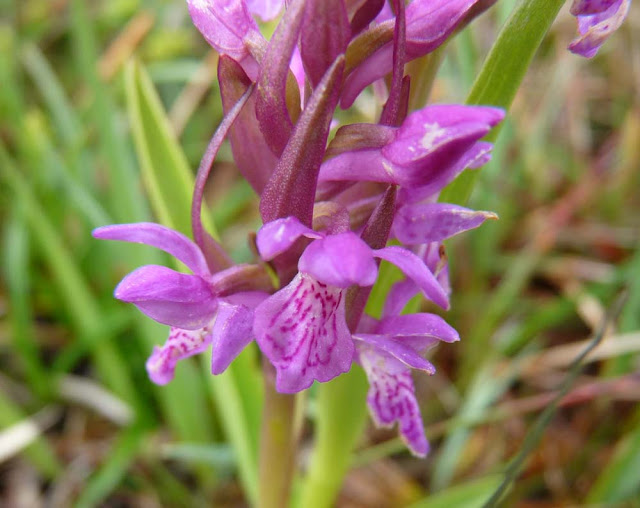 I've had a check in the flower guides to find that this is Great Sundew and not Oblong-leaved Sundew. 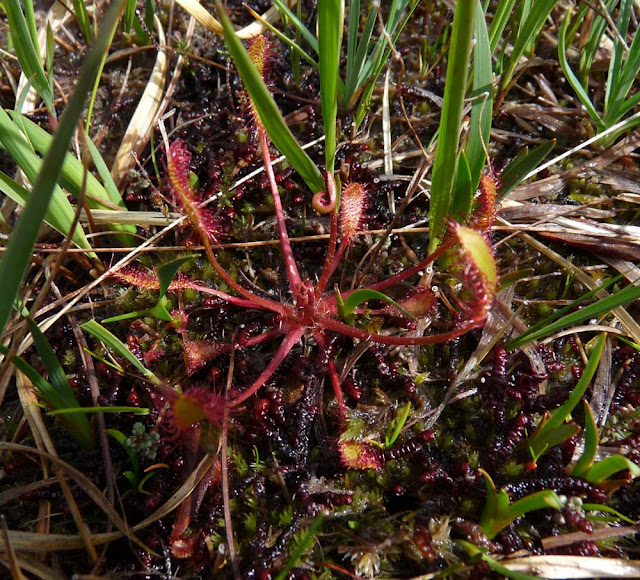 Some of these plants are off the route of the tours so if you want to see them when you are on a tour just ask!
Sunday I had a day with family so not much birding done but I did see a Woodcock from the garden in the evening.
Monday I was back in action and we had a superb start as we drove about 100 yards down the road to find an Otter! It wasn't in a great place for viewing so we let it go before too long and headed off to find another one. That didn't take long either and we had tremendous views as this one came ashore for a wash and brush up. 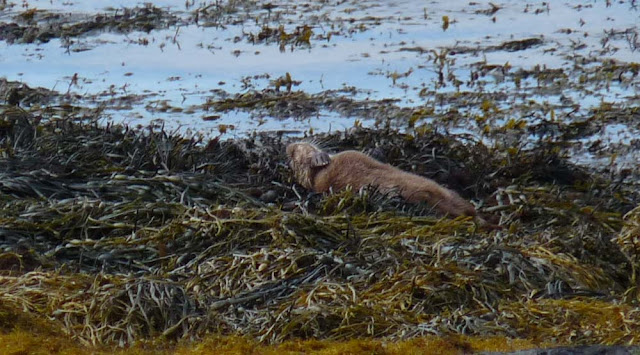 After viewing the WT Eagles we headed off in search of a Golden Eagle. Another easy number as one flew over head after about 10 minutes wait and then a shower of rain arrived. 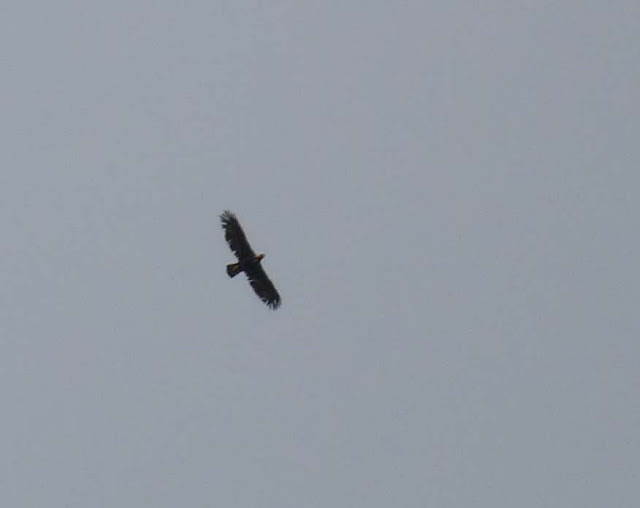 The day continued in good fashion  with a couple of nice views of GN Diver, RB Merg and the occasional Red Deer. 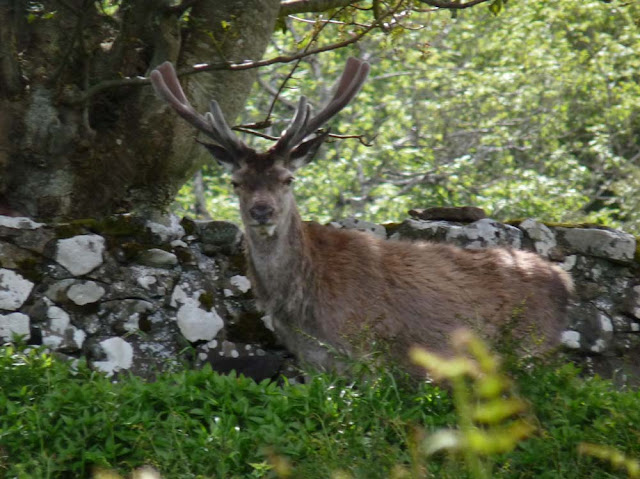 Lunch was an interesting one as usual as we picked up a male Hen Harrier, Cuckoo twice and a Golden Eagle sitting on the top of a hill. We wondered if the Goldie was one of the 'locals' and we found out eventually as the two resident birds appeared from behind us, flew over the top, and chased off the intruder. As we watched the three birds flying around another one appeared in the distance. An Adder showed well just before we left and we picked up a couple of Whinchat, a Tree Pipit and the odd Lesser Redpoll along the way. We struggled to find Mountain Hare so we ended up going for a stroll and picked two of them up and also cracking views of two Twite (one of these birds was ringed). Our next stop gave us two Red-throated Divers before we headed back to base. There are still lots of Dunlin and Ringed Plover around. This bunch were just outside the shop.